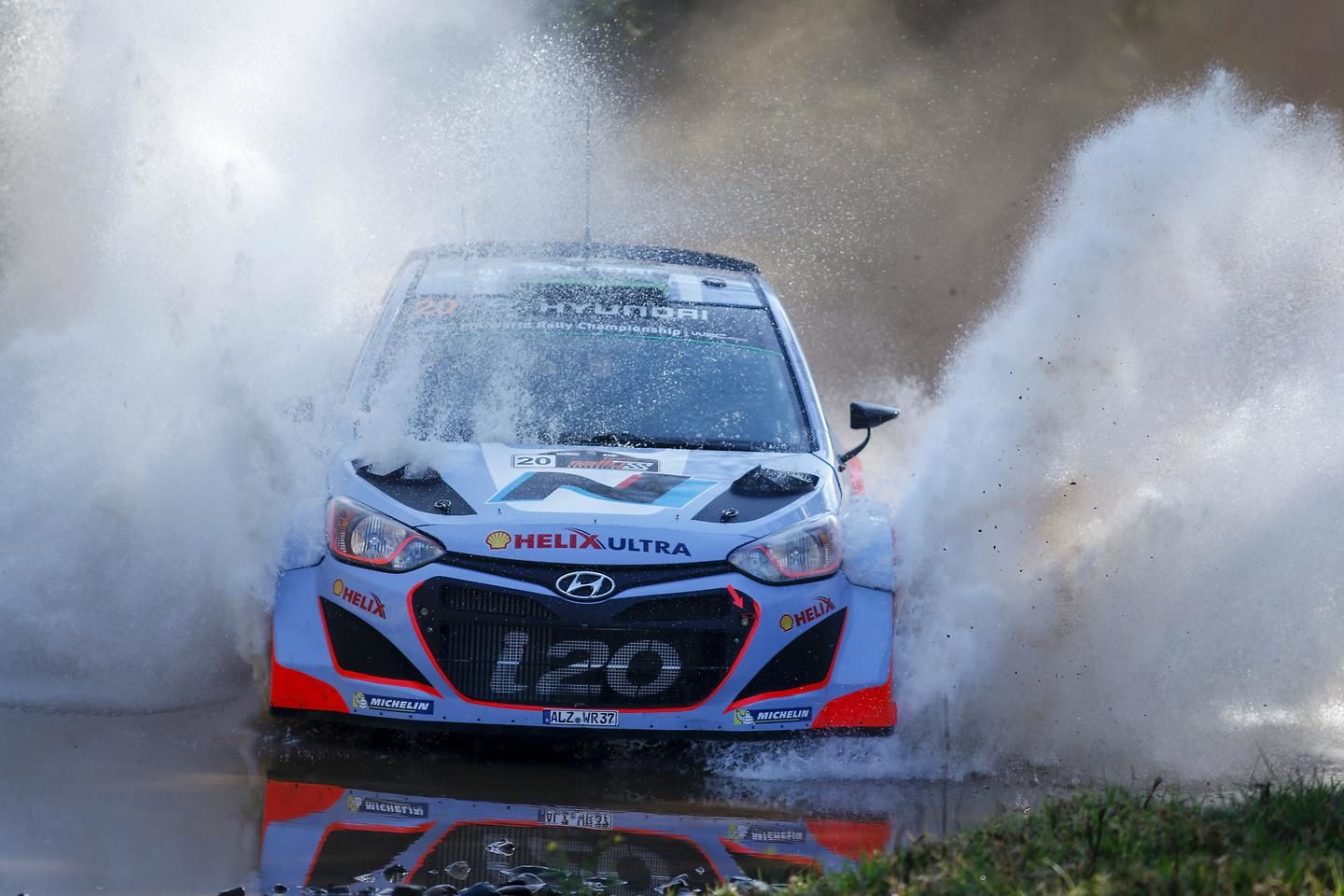 - The Hyundai Shell World Rally Team has finished its first ever Rally Australia with all three Hyundai i20 WRC cars in the top ten including one in the top six, accumulating valuable experience

- Hayden Paddon was involved in a close battle for sixth place throughout the day, taking the position in the penultimate stage to secure his best result in a WRC car to date

September 14, 2014 – The Hyundai Shell World Rally Team has achieved its primary objective for this weekend’s Rally Australia as all three Hyundai i20 WRC cars completed the 20-stage event inside the top ten.

Paddon was involved in a captivating battle for sixth place. The #20 crew took the position on the penultimate stage (Bucca II 10.83km) following problems for Mads Ostberg but the gap between the two drivers has been a matter of seconds throughout the entire rally. For the Kiwi crew, the sixth place represents more positive progress in the WRC and their best result to date.

Paddon quote: “I am pleased with our performance and our sixth place result here this weekend. We have made some good changes to the car over the course of this rally and have really been able to feel the improvements. The fight for sixth place with Mads was exciting, it’s not often you get a fight like that on your hands on the Sunday. Overall, we’ve been more competitive this weekend and we’ve made another good step compared to our last rally in Finland; that’s the most important thing.”

Neuville continued to push hard to finish the rally in seventh position with some competitive stage times on Sunday, including third quickest in SS19. It was a measured performance from the Belgian crew following the time lost on Friday with damaged suspension.

Neuville said: “We’ve had a pretty good final day. There hasn’t been any reason to push hard so we have just tried to enjoy driving and changing some settings in between the stages to find some improvements on the car. It has been a valuable rally for the team’s first trip to Australia and I think we have learned a lot of things. It was a shame that we lost the time on Friday after damaging the suspension when we hit a rock on the fifth stage but other than that, we have shown a decent performance here this weekend.”

Australian Chris Atkinson concluded his home rally, and just his second WRC event of the season with the Hyundai Shell World Rally Team, in tenth place after a tough rally. His early struggles to find a good rhythm led to an early position on the road, which has further impeded his progress. Nonetheless, his drive has helped the team to learn more about the performance of the i20 WRC on the Australian gravel surface, which will be hugely important for next season.

Atkinson said: “I’ve had a pretty steady run today and the car was working perfectly. We’ve not been in a position to fight for anything so it’s been important just to bring the car home, so the team can pick up as much information as possible. The stages today have been in a good condition and the crowds have been phenomenal. It’s not been the easiest of weekends as I struggled to get into a rhythm early on in the rally and that has had a knock-on effect for the remaining days, as I was first on the road. That has dictated the extent I have been able to push so instead we just focussed on finishing the rally. It’s nice we’ve been able to get all three cars inside the top ten.”

This weekend’s rally has been the team’s first outing on the unique Australian terrain, so the focus has been on gathering valuable experience in preparation for next season. There has still been plenty of action along the way with today’s final six stages offering plenty of excitement for the Australian fans and a lot of positives to take away for the young Hyundai Shell World Rally Team.

Team Principal Michel Nandan said: “Firstly, congratulations to Hayden on securing his best ever WRC finish with sixth place. He has driven a mature and faultless rally from the start and it was a thrilling battle. We knew after Rallye Deutschland that we would have to reset our expectations for this rally, our first trip to Australia, and so I am pleased to have all three cars finish inside the top ten. The Hyundai i20 WRC has never competed on Australian soil before so this has been a very important, valuable weekend for us as we prepare for next season. All three drivers have allowed us to learn more about the car and we have made some key improvements over the three days. We must never forget this is still a learning year and we are up against some strong, experienced competition. On that note, I would like to send our congratulations to Volkswagen Motorsport on securing an incredibly well deserved title, and in such style with a 1-2-3 result.”