Production of the Hyundai ix35 Fuel Cell began at the company’s Ulsan manufacturing plant in Korea  in January 2013, making Hyundai the first automaker to begin commercial production of a hydrogen-powered vehicle.  The first complete car rolled off the assembly line on 26 February 2013.

Hyundai plans to manufacture 1.000 units of the hydrogen-powered ix35 Fuel Cell vehicles by 2015, targeted predominantly at public sector and private fleets, with limited mass production of 10.000 units beyond 2015.

Hyundai has already signed contracts to lease the ix35 Fuel Cell to municipal fleets in Copenhagen, Denmark and Skåne, Sweden.  Additionally, since October 2011, the EU Fuel Cells and Hydrogen Joint Undertaking (FCH JU) in Brussels has been providing Hyundai ix35 Fuel Cell vehicles to EU policy makers and the public in order to demonstrate the market readiness of fuel cell technology.

The award, in its 12th year, celebrates technological innovation in the automotive industry and is judged by a respected panel of journalists from the Belgian Automotive Press Union (UJBA).

From a long list of 16 candidates, the judges selected a five-strong shortlist which included innovations from Hyundai, Bosch, Mazda, Mercedes Benz and Volvo.


Third-generation FCEV from Hyundai
The Hyundai ix35 Fuel Cell is the third-generation fuel cell-powered electric vehicle (FCEV) from Hyundai.  Since Hyundai introduced the Santa Fe FCEV in 2000, the company has become a world leader in the development of hydrogen fuel cell technology, and operates the largest fuel-cell research centre in Korea.

The Hyundai ix35 Fuel Cell delivers large improvements over its predecessor, including a driving range that has been extended by more than 50% and fuel efficiency gains of more than 15%.

The ix35 Fuel Cell is equipped with a 100 kW (136 hp) electric motor, allowing it to reach a maximum speed of 160 km/h.  Two hydrogen storage tanks, with a total capacity of 5,64 kg, enable the vehicle to travel a total of 594 km on a single charge, and it can reliably start in temperatures as low as minus 20 degrees Celsius. The energy is stored in a 24 kW lithium-ion polymer battery, jointly developed with LG Chemical.

Fuel cells operate by turning chemical energy from hydrogen into electromechanical energy.  Internal to a fuel cell, an anode and cathode sandwich a polymer electrolyte membrane.  The process of creating an electrical current occurs in three stages:

Hyundai’s ix35 Fuel Cell represents one of the most advanced vehicles of this type, and with continued development and improvements in production costs, it is expected that limited mass production will enable sales to much greater numbers of customers around the world to start beyond 2015.


Hyundai’s hydrogen initiatives
Hyundai has been involved in a wide range of initiatives and partnerships to help promote hydrogen fuel cells as a future solution to Europe’s transport requirements.  With governments, non-profit organisations and private ventures all looking to the alternative modes of transport, Hyundai is supporting the momentum surrounding FCEVs across the region.

In May 2011, Hyundai signed a memorandum of understanding (MOU) with the City of Copenhagen, fuel cell producer H2 Logic and Hydrogen Link – the latter an association working to advance the use of electricity for transportation in Denmark based on hydrogen and fuel cells.

The aim of the agreement is to establish an infrastructure for the support of FCEVs in Copenhagen, a city which aims to be carbon neutral by 2025.  Under the MOU, Hyundai provided two ix35 Fuel Cell vehicles for a test drive attended by mayors of the capital cities of Denmark, Norway, Sweden and Iceland in 2011.

In October 2011, Hyundai invited Europe’s top media to test its ix35 Fuel Cell in Copenhagen, and, in doing so, took another significant step towards its goal of bringing FCEVs to the mainstream car market by 2015.

The Copenhagen test drive followed the news that the ix35 Fuel Cell had been selected by the European Commission-backed ‘Fuel Cells and Hydrogen Joint Undertaking’ (FCH JU) to be used as a demonstration vehicle to test and promote hydrogen fuel cell technology in a real-world environment.  As part of the initiative, the ix35 Fuel Cell was made available for Members of the European Parliament, Commissioners, EU officials and other policy makers to test drive.  This gained great visibility for the ix35 Fuel Cell and hydrogen vehicle technology among policy makers.

In January 2012, Hyundai signed a memorandum of understanding along with twelve other industry participants to launch a scheme called UKH2Mobility.  This draws on the experience of other hydrogen initiatives from across Europe to investigate the potential for hydrogen as a fuel for ultra-low carbon vehicles.  Calling on £400 million (approximately €475 million) of funding from the UK government, the results of the scheme will lead to further steps to introduce hydrogen as a more mainstream fuel in the UK.

A February 2013 study published by UKH2Mobility forecast that, with suitable infrastructure investment, more than 1,5 million hydrogen-powered vehicles could be on the roads by 2030 in the UK alone.

The company’s vision and strategy has earned it recognition as one of the ‘Top Global Green Brands of 2012’ in Interbrand’s 50 Global Green Brands report.  Placed 17th overall, Hyundai was one of the highest-ranked automakers.  Interbrand made particular mention of Hyundai’s industry leadership in zero-emissions technology through advances in hydrogen fuel-cell development.

Through technological development, as well as the various schemes and initiatives that Hyundai is involved in, the company is demonstrating its commitment to hydrogen fuel cell vehicles as an environmentally friendly solution for fulfilling future mobility needs. 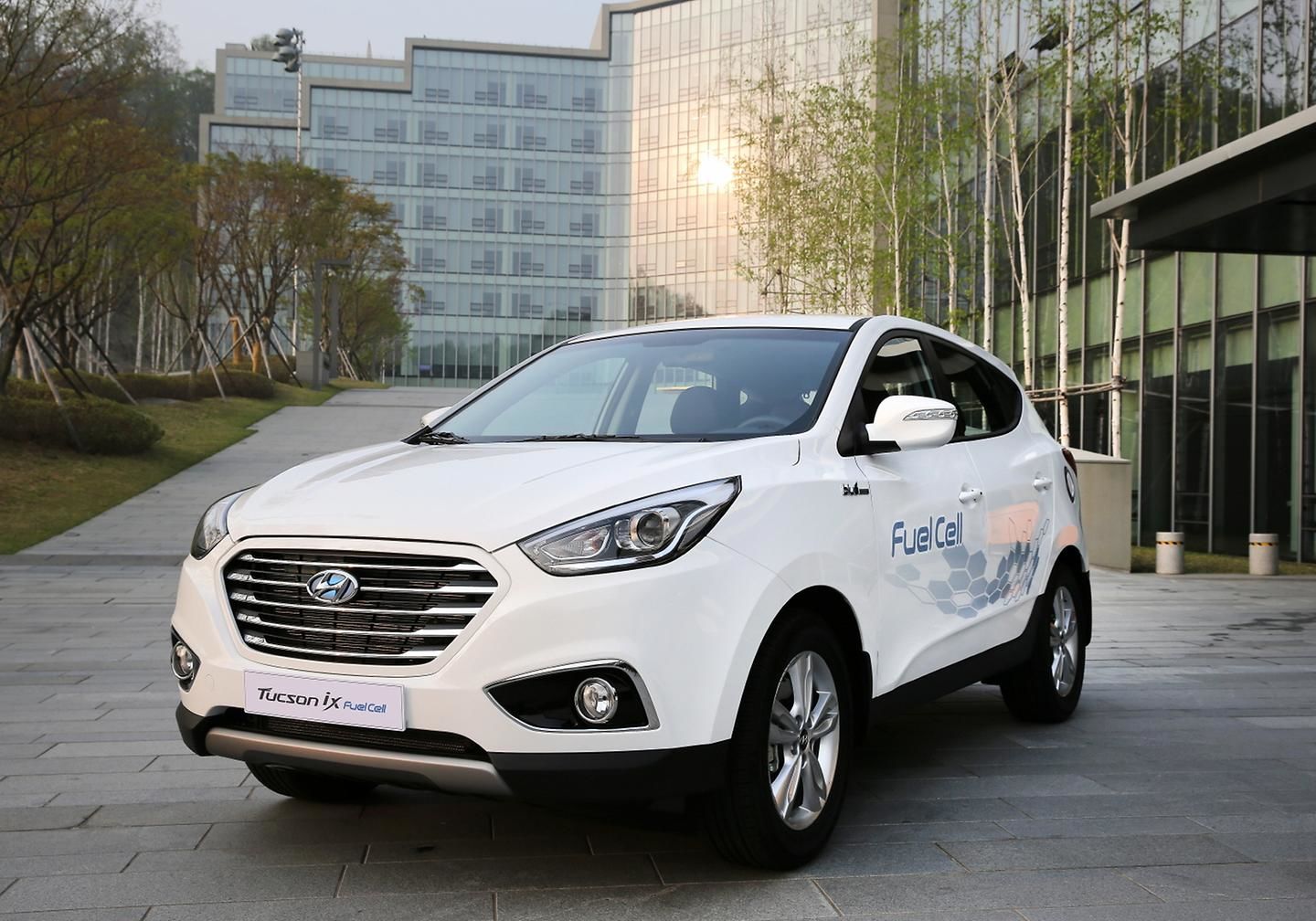 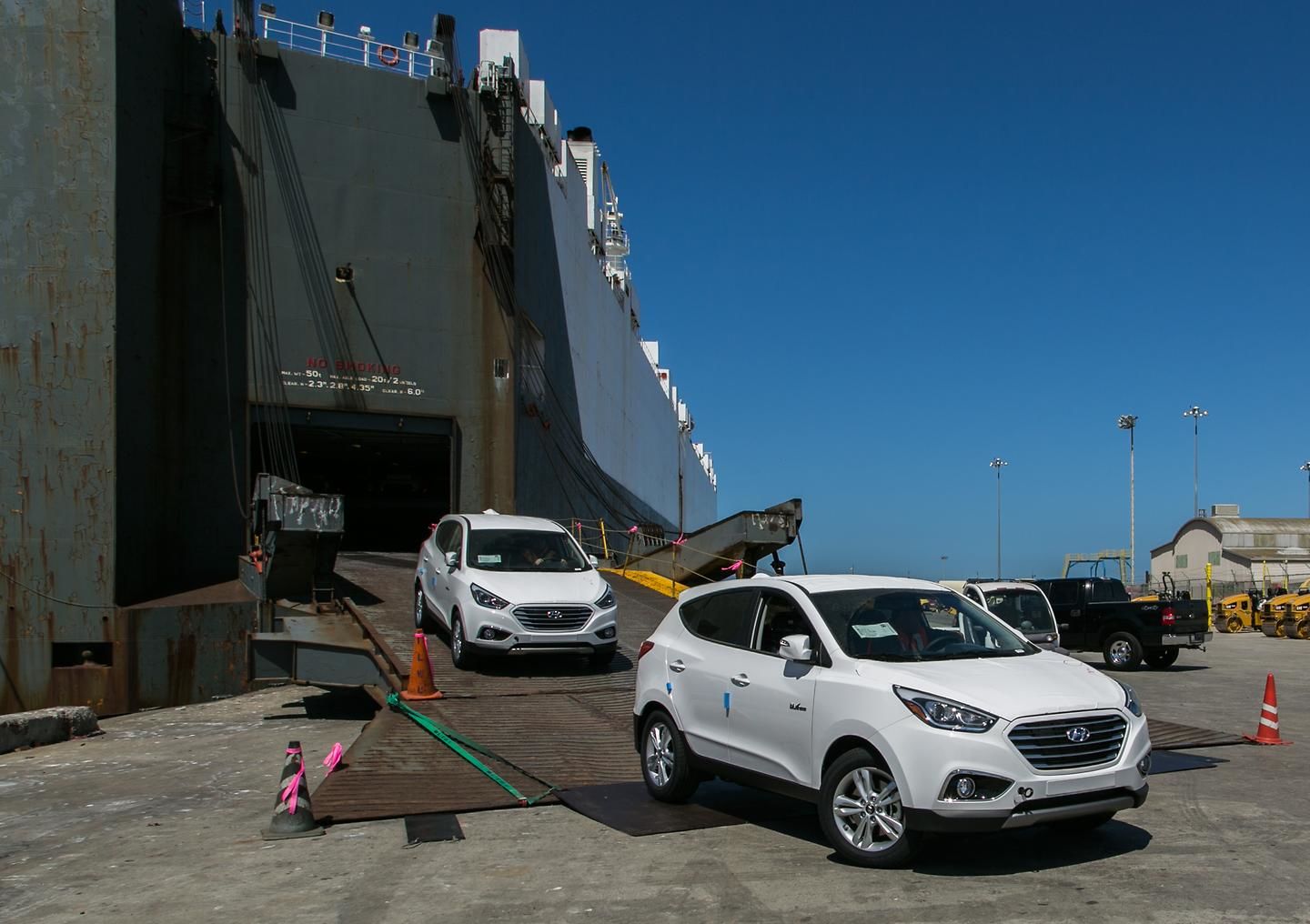