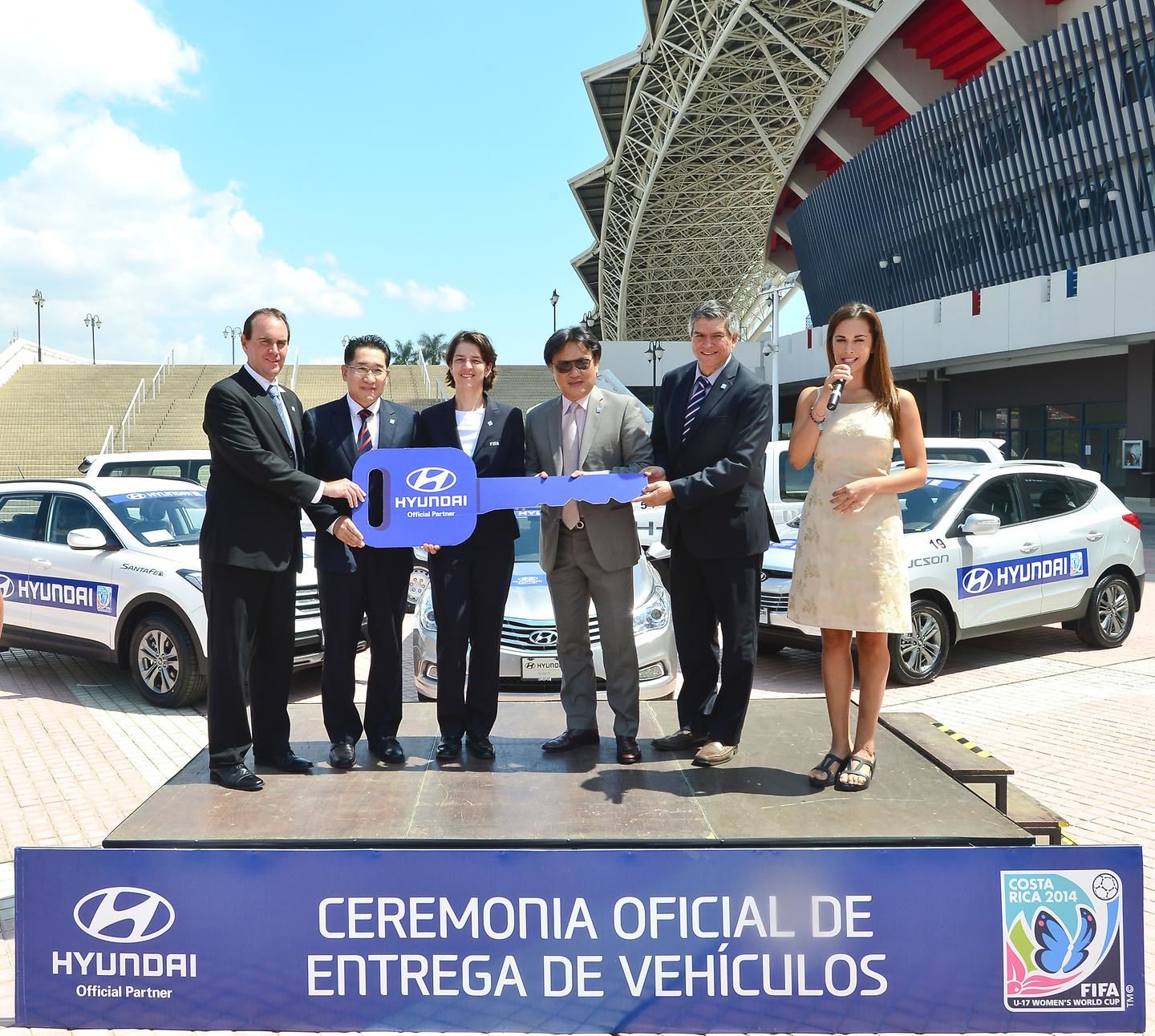 - The models given are Azera, Santa Fe, Tucson, Elantra and H1


March 7, 2014 – Hyundai Motor Company is once again giving its support to sport and this time the company, through its dealer Hyundai Costa Rica, is handing over 56 vehicles to the FIFA U-17 Women's World Cup Costa Rica 2014 to transport members of the Local Organizing Committee, representatives from FIFA and participating delegations.

This sponsorship is performed thanks to the leadership of the brand and the close relationship between Hyundai Motor and FIFA for the past 14 years, during which it has sponsored major events such as the FIFA World Cup™ tournaments in Korea-Japan 2002, Germany 2006 and South Africa 2010, and other activities such as the FIFA Confederations Cup.

"Hyundai Motor as a partner of the event and as part of their global marketing strategy to assist and promote women’s football , presents these brand new 56 vehicles for transporting everyone involved in the realization of this historic event" explained Federico Rojas, Executive Director of the Local Organizing  Committee.

"As a loyal sponsor of the game, we are committed to the support and promotion of women's soccer. It is for this reason that today we started the path, along with the organization and the athletes of 16 delegations, to the best experience and the most exciting journey as it is to live an FIFA U-17 Women’s World Cup" said Erick Xirinachs, General Manager of Hyundai Costa Rica.

Meanwhile, Eduardo Li, Costa Rican Football Federation President and Special Advisor to the Local Organizing Committee said, "It is gratifying to have the support of a big company like Hyundai Motor, official sponsor of FIFA, that is helping us with the contribution of the vehicles that will be used during the FIFA U-17 Women’s World Cup. It seems like yesterday when we started this daily effort, with hard work and dedication, to give the people of Costa Rica and the world a first world soccer event ".

Furthermore, Li said that without the support and effort of many people and private enterprise "we had not been able to realize this dream."