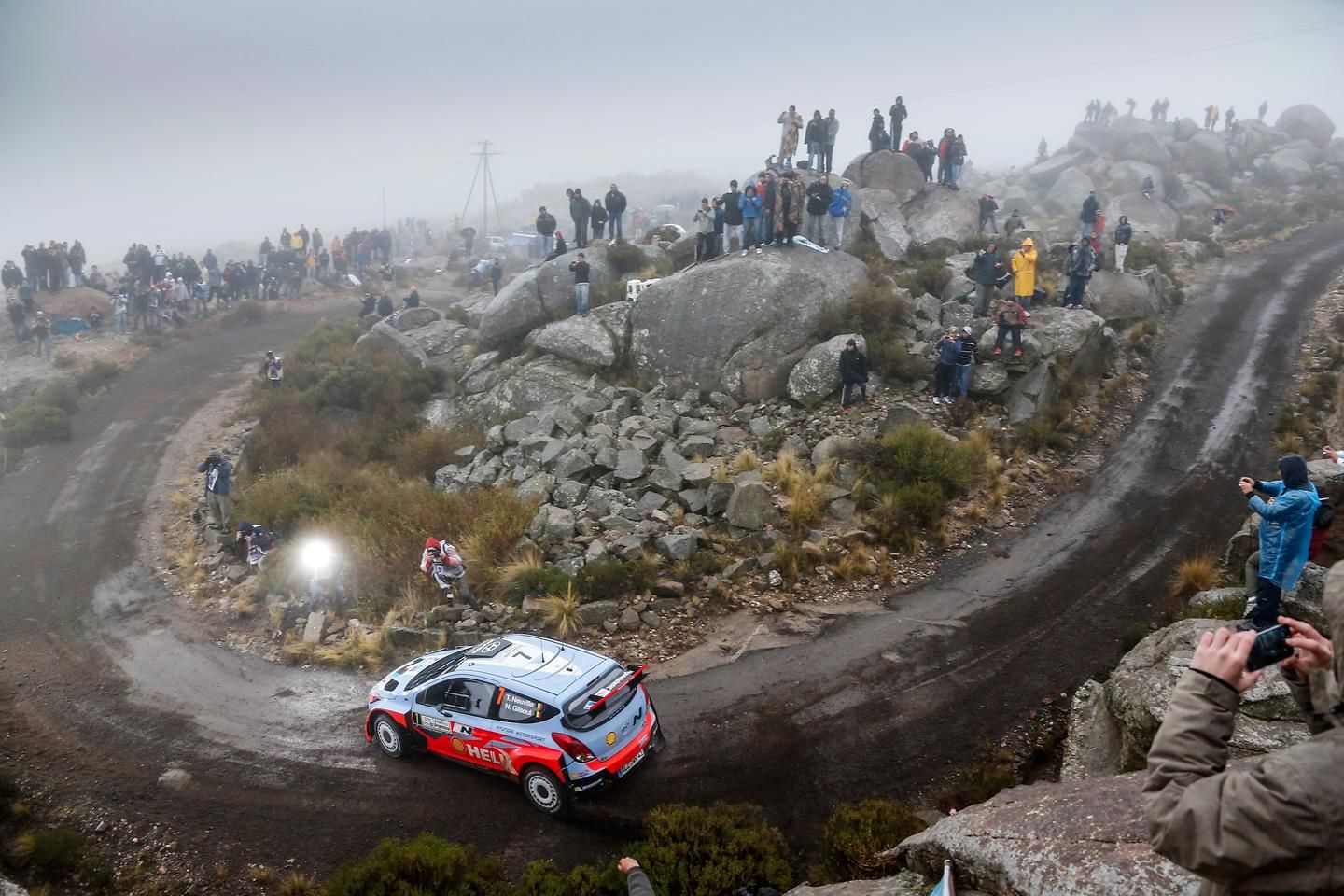 May 12, 2014  – The Hyundai Shell World Rally Team has completed its most demanding FIA World Rally Championship (WRC) event to date with a highly commendable fifth place finish. The final day of action saw Thierry Neuville (#7 Hyundai i20 WRC, co-driver Nicolas Gilsoul) continue to make up ground with some strong performances over the final four stages, which have covered a total of 76.78km.

Neuville started the final day of action in positive spirits having claimed a stage win on Saturday evening to position himself in the top five overall. It was another useful day of testing on tough terrain with more extreme conditions. Foggy conditions were again prevalent but the main issue was mud during the famous El Condor stage (SS12).

Neuville, however, mastered the conditions perfectly to deliver the third fastest time. The repeat of the morning’s opening stage (SS11/SS13 Giulio Cesare-Mina Clavero) saw the Belgian register the fourth best time to further cement his fifth place heading into the Power Stage, a repeat of the 16.32km El Condor-Copina stage.

Neuville said: “I didn’t feel so comfortable in the first stage this morning so I just took it cautiously to avoid making any mistakes. The conditions in the subsequent stages were extremely challenging so I did everything I could in the muddy terrain. The hardest part was the lack of visibility with mud spraying on the windshield constantly. The car went very well and I had good traction, which helped adapt to the ever changing conditions. The team has performed excellently this weekend, tackling a range of issues with complete professionalism, and I think a top five result in this rally is a huge achievement for a young team. We have for sure learned a lot.”

In just its fifth WRC event, the Hyundai Shell World Rally Team has had to tackle extremely tough terrain throughout the 14-stage, three-day event, which has put extra pressure on the Hyundai i20 WRC cars and the team itself. The experience of this rally will prove invaluable to the team as it continues to build momentum and confidence for the rest of the season.

Team Principal Michel Nandan summarised: “Our objective today was to keep putting the car through its paces in these difficult conditions and hopefully to secure our fifth place overall, which Thierry did, so in that respect we should be pleased. Overall, it has been a rally of ups and downs. I must admit that coming to Argentina has been a great test for the team and the crews. We have learned a lot and the team has done a fantastic job. They remained committed to keeping both cars going as competitively as possible after each loop with lots of hard work along the way. The conditions have been some of the worst we’ve seen so I commend the team and our driver crews for their professional approach. We know that our Hyundai i20 WRC can be quick and we have identified points where we can improve reliability in several areas. We might not have achieved a two car finish but in these extremely tough conditions, we leave Argentina as a much stronger and wiser team as a result of our experiences this weekend.”

About Hyundai Motor Company
Established in 1967, Hyundai Motor Company is committed to becoming a lifetime partner in automobiles and beyond. The company, which leads the Hyundai Motor Group, an innovative business structure capable of circulating resources from molten iron to finished cars, offers top-quality best-sellers such as Elantra, Sonata and Genesis. Hyundai Motor has seven manufacturing bases and seven design & technical centers outside of South Korea and in 2013, sold 4.73 million vehicles globally. With almost 100,000 employees worldwide, Hyundai Motor continues to enhance its product line-up with localized models and strives to strengthen its leadership in clean technology, starting with the world’s first mass-produced hydrogen-powered vehicle, ix35 Fuel Cell.
More information about Hyundai Motor and its products can be found at: http://worldwide.hyundai.com  or http://www.hyundaiglobalnews.com