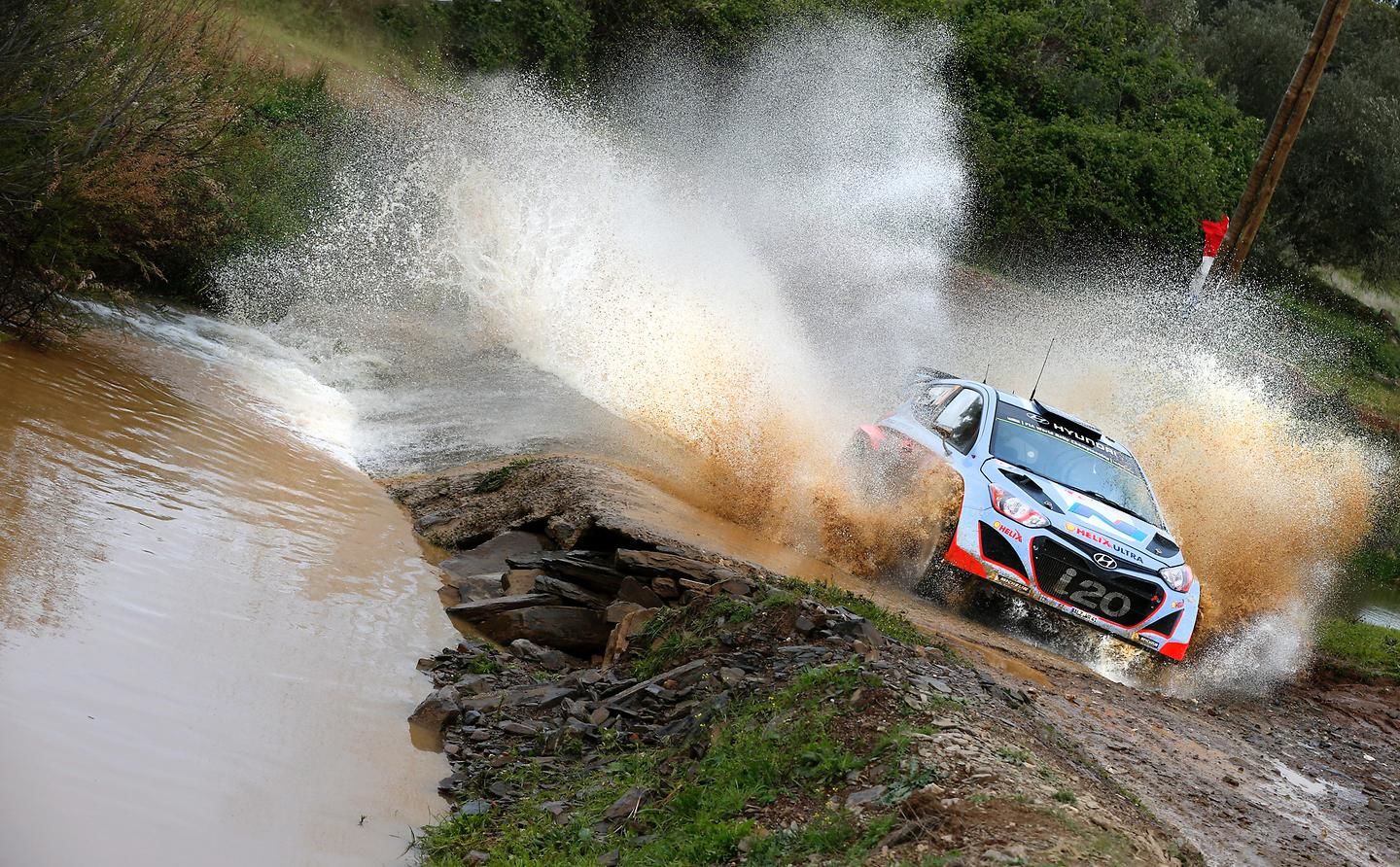 May 5, 2014 -After clinching its first stage wins in the FIA World Rally Championship at Rally de Portugal last month, the Hyundai Motorsport team now travels south-west as the WRC moves from Europe to South America for Rally Argentina, round five of the Championship.

Two Hyundai i20 WRC cars will be at the start of the Villa Carlos Paz based event with lead crew Thierry Neuville and Nicolas Gilsoul at the wheel of car #7 being joined by Spaniard Dani Sordo and his co-driver Marc Martí on car #8, after their promising performance at Rally de Portugal.

Yet another classic in the WRC calendar, Rally Argentina is well-known for its lunar like landscapes, soft, sandy gravel roads, spectacular water splashes and some of the most enthusiastic fans in the world – representing another new challenge for the young Hyundai Shell WRT and for its crews. With testing not being allowed outside Europe, Hyundai Motorsport looked for similar roads to the ones that will be tackled next weekend in the Old Continent. The team carried out a comprehensive test in northern Portugal which helped the crews to familiarize with the soft gravel of Rally Argentina.

After a challenging Rally de Portugal, Hyundai Motorsport is well determined to make the most of Rally Argentina to continue the relentless development of the Hyundai i20 WRC and to gather more experience, both of which remain the main objectives for the 2014 season.

Team Principal Michel Nandan said: “Rally Argentina represents another new challenge for the Hyundai Shell WRT as once again we travel overseas for what is another big classic of the WRC calendar. For sure it’s another tough event with the weather being difficult to predict. It can be hot and dry but you can easily also have fog, mud and rain. Another feature for which Argentina is well known are the fans: it’s a really popular rally with some of the most passionate fans in the world – It’s always a pleasure to be there. As far as our objectives are concerned we are looking at building another positive performance with Thierry and Dani to continue our work on the development of the Hyundai i20 WRC.”

This year will be Neuville’s third outing at Rally Argentina, an event where the Belgian has shown some good potential and consistency in his two previous performances: “Rally Argentina is quite hard on both the cars and the drivers. There are a lot of tricky places with water splashes – where you have to watch the speed you carry – and a lot of hidden stones that can easily damage the car. Argentina is a special event thanks to the fans and the fantastic atmosphere they create out in the stages and in the Service Park – we get always great support there. We tested in Portugal in March to prepare for Argentina and I think we are all set for the event.”

Following his outstanding performance at Rally de Portugal, which included the first two stage wins for the Hyundai i20 WRC, Sordo was recently appointed to run in Argentina.

Sordo said:  “Rally Argentina is again an event where we feel almost like at home. It’s a rally that I really like and where I had some good results in the past. I’m really grateful that the team gave me the chance to compete in Argentina after the good performance we had in Portugal. I intend to make the most of this opportunity to help the team in the development of the Hyundai i20 WRC as we did in Portugal. Argentina is a unique rally, there’s always a very nice atmosphere and we get a lot of support from the local fans there.”

Hosted in the mountains around Córdoba, Rally Argentina will be once again based in Villa Carlos Paz, a city nestled by the banks of the San Roque Lake. With 14 stages – seven repeated twice – the itinerary will cover a total of 405.10km of special stages. The rally will start on Thursday 8 May with the Parque Tematico Super Special Stage, however the true competition will get underway the following day with almost 158km of stages covered, including the massive 51.88km Ascochinga / Agua de Oro test. On Saturday the competitors will travel down south of Córdoba to the Calamuchita Valley, while on Sunday they will tackle the most iconic stages of the entire event: Giulio Cesare – Mina Clavero and El Condor – Copina, the latter used as the Power Stage.