* The Avante in this press release refers to the Korean-specific model only. Names and specifications may differ in other regions.

(Seoul, Korea) Hyundai Motor Company today revealed its all-new Avante compact sedan, its best-selling model worldwide, a week before official sales begin in Korea. The exterior of the new Avante was unveiled at the Busan Motor Show in April.

“Since the first-generation model was launched in 1990, the Avante reached cumulative sales of 6 million units worldwide and received high recognition from a number of world renowned car-rating agencies. This car is truly a powerful brand that represents not only Hyundai Motor but the Republic of Korea,” Steve S. Yang, President and CEO of Hyundai Motor, said at the launching ceremony today at Pyeongchang Alpensia Resort in Gangwon Province, Korea. “We’re confident that the new Avante featuring the best styling and performance in its class will once again make a great impact worldwide in addition to the domestic market.”

Although the fifth-generation Avante is a completely new vehicle, Hyundai is retaining the Avante brand name in Korea.  Projecting a sportier and even more progressive image than its predecessor, the all-new Avante will continue the successful tradition with leading technology and powertrain that deliver class-leading performance and fuel efficiency.

Having its roots in Hyundai’s ‘Fluidic Sculpture’ design philosophy that tries to reflect sophistication and dynamic lines into the shape of vehicles, Hyundai also applied a new design aesthetic called ‘Wind Craft.’ The `Wind Craft’ has its design motives in the “wind” that consists of the flowing movement of air and the artistic sculpture, “craft.”  Just like Hyundai’s latest models the Tucson ix and all-new Sonata, the Avante’s outer design is highlighted by bold, dynamic graphic elements like the hexagonal front grille and the dramatically swept back headlamps. Alloy wheels (15-, 16- or 17-inch) complete the assertive stance.

The new Avante will be powered by an all-new powerful and fuel efficient Gamma 1.6 Gasoline Direct Injection (GDI) engine in Korea. With the help of GDI, this four-cylinder powermill delivers a peak output of 140ps at 6,300 RPM and maximum torque of 17.0kg•m.  GDI technology doesn't only boost power output: It also improves fuel economy to achieve 16.5km/l while lowering emissions.

Hyundai’s commitment to making the Avante extremely fuel efficient continues with a six-speed automatic transmission. The 6-speed transmission mated to the 1.6 GDI engine delivers improved fuel efficiency and a performance edge to the customers.

The new Avante will delight and surprise with a raft of other advanced features not found on other compacts, including Smart Parking Assist System (SPAS) that assist the driver when parking between two cars parked in single file by automatically controlling only the steering wheel using ultrasonic sensors, HID (High Intensity Discharge) headlamps, LED combination lamps in the rear, heated rear seats, puddle lamps and a color TFT LCD information display nestled in the gauge cluster.

Furthermore, the new Avante strengthens its safety features. While VSM (Vehicle Stability Management), which helps vehicles stay in a stable position, is applied for the first time in its class, side & curtain airbags as well as active headrest are provided as basic features. High-tech safety features such as TPMS (Tire Pressure Monitoring System), ESS (Emergency Stop Signal) are also available.

For more information, please go to www.thenewsmarket.com/hyundaimotor, where you can find images & videos of the all-new Avante and other Hyundai products launched at motor shows.

Established in 1967, Hyundai Motor Co. has grown into the Hyundai-Kia Automotive Group which was ranked as              the world’s fifth-largest automaker since 2007 and includes over two dozen auto-related subsidiaries and affiliates. Employing over 75,000 people worldwide, Hyundai Motor sold approximately 3.1 million vehicles globally in 2009, posting sales of US$41.8 billion (including overseas plants, using the average currency exchange rate of 1,276 won per US dollar). Hyundai vehicles are sold in 193 countries through some 6,000 dealerships and showrooms. Further information about Hyundai Motor and its products are available at www.hyundai.com 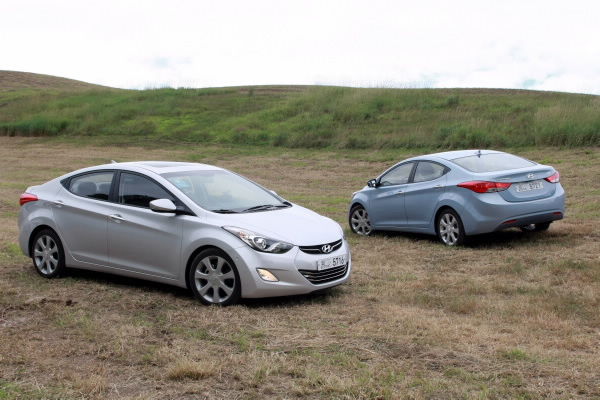