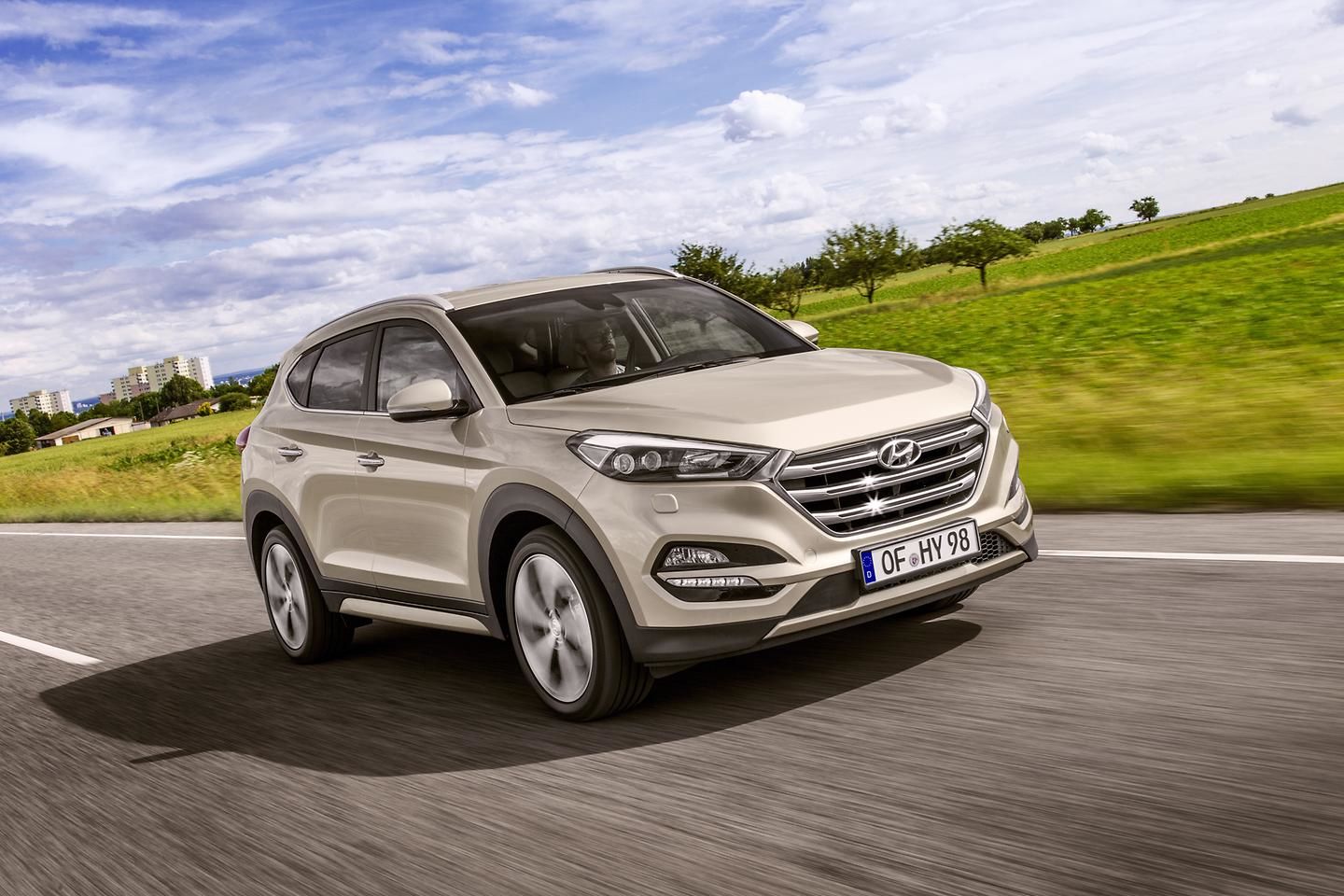 - An efficient 1.7-litre diesel with seven-speed double clutch transmission (7DCT) and front wheel drive will be added to the existing five powertrains

The All-New Tucson is Hyundai Motor’s fastest-selling European model since sales began in September 2015 with more than 115,000 cars ordered in Europe. The powertrain range of the compact SUV - already one of the widest in the segment - is now further extended with the addition of the dynamic 104 kW (141 PS) 1.7-litre turbo diesel engine. In combination with the efficient seven-speed double clutch transmission (7DCT) and front wheel drive it emits only 129 g of CO2 and consumes a moderate 4.9 litres of diesel per 100 kilometres (combined).

Five star safety
The Tucson is one of the safest vehicles in its segment and received the maximum five-star Euro NCAP safety rating. It benefits from a solid body structure featuring 51% of ultra-high strength steel for improved torsional rigidity and impact resistance and a host of innovative passive and active safety features like Autonomous Emergency Braking with pedestrian recognition that breaks the car automatically if a crash is predicted. The Tucson’s list of safety features also includes a Blind Spot Detection alerts the driver to approaching vehicles, Rear Cross Traffic Alert which scans a 180-degree area behind the vehicle alerting the driver if there is approaching cross-traffic and the Lane Keeping Assist System applying steering correction in case of unintended lane departure. Additionally the Active Hood cushions the impact shock in case of a frontal collision.

Made in Europe for Europe
Hyundai Motor manufactures 100% of Tucson models sold in European markets at its facility in the Czech Republic – a key part of its commitment to the region. Hyundai’s confidence in its European build quality means that every All-New Tucson will come with the company’s industry-leading Five Year Unlimited Mileage Warranty as standard.


Body and chassis
The All-New Tucson is a five-door compact SUV (C-SUV), with a high-strength steel construction body shell. Customers have the choice between two petrol and four diesel transversely-mounted engines driving the front wheels, or all four wheels via a six-speed manual or automatic as well as a seven-speed double clutch transmission (7DCT). Details for the 1.7-litre turbo diesel with 7DCT follow:

More information including images and video material is available at www.Hyundai.news

About Hyundai Motor Europe
In 2015, Hyundai Motor achieved registrations of 470,130 vehicles in Europe – an increase of 10.9% compared to 2014 – and replaced 80% of its model line-up to create the youngest car range in Europe. 90% of the vehicles Hyundai sold in the region are models designed, engineered, tested and built in Europe to meet the needs of European customers, served by the company’s extensive European infrastructure. This includes two factories in the Czech Republic and Turkey with a combined annual capacity of 500,000 units. Hyundai Motor sells cars in 31 European countries through 2,500 outlets.

About Hyundai Motor
Established in 1967, Hyundai Motor Company is committed to becoming a lifetime partner in automobiles and beyond. The company leads the Hyundai Motor Group, an innovative business structure capable of circulating resources from molten iron to finished cars. Hyundai Motor has eight manufacturing bases and seven design & technical centers worldwide and in 2015 sold 4.96 million vehicles globally. With more than 110,000 employees worldwide, Hyundai Motor continues to enhance its product line-up with localised models and strives to strengthen its leadership in clean technology, starting with the world’s first mass-produced hydrogen-powered vehicle, ix35 Fuel Cell and IONIQ, the world’s first model with three electrified powertrains in a single body type.