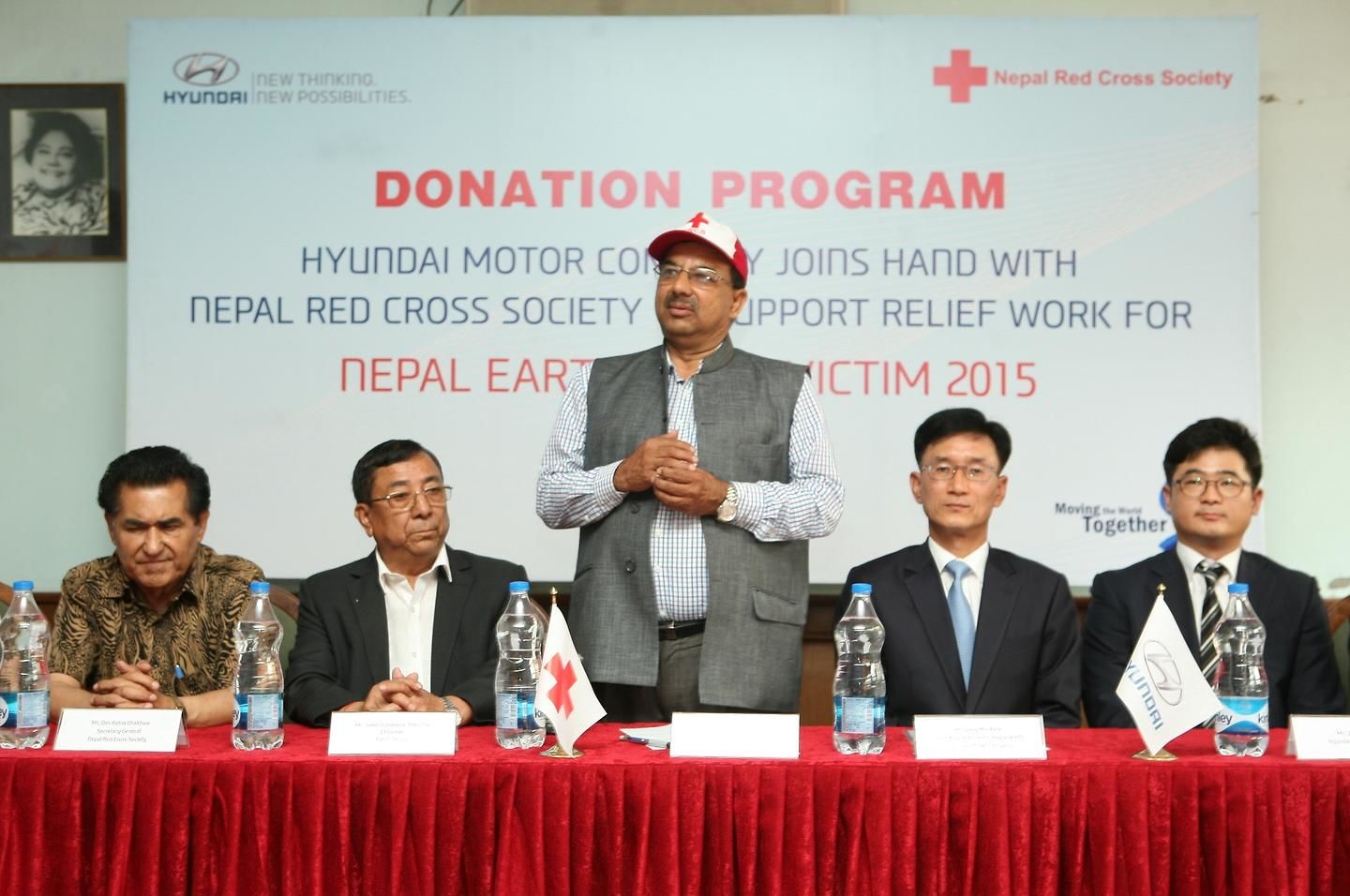 
May 12, 2015 - Hyundai Motor Company is donating US$ 300 thousand for humanitarian relief and rebuilding projects in quake-hit Nepal. The donation to Nepal Red Cross Society (NRCS) will support those parts of the country devastated by last month’s 7.8-magnitude earthquake.


“We would like to express our sincere condolences and best wishes to the thousands of people affected by the earthquake, as well as our hopes that the damage can be repaired as soon as possible,” said Sanqmin Park, Head of Hyundai Motor’s Asia & Pacific Regional Headquarters at the handover on May 11. “The global response to this tragedy has been extraordinary, and Hyundai Motor will be looking into additional ways to support the ongoing relief and rebuilding efforts.”


Alongside its donation to NRCS, Hyundai Motor will be assisting motorists in Nepal, for example with the Before Service – repairing damaged cars, and through special discounts on service and parts.


As part of its global CSR initiatives, Hyundai Motor Group has donated to a number of projects bringing much needed relief to areas affected by large-scale natural disasters, including the earthquake in Indonesia’s Yogyakarta in 2006; forest fires at Ileia, Peloponnese, Greece in 2007; China’s Sichuan earthquake in 2008; Haiti’s earthquake in 2009; Chile’s earthquake in 2010; tornados in the US in 2011; and the typhoon in Thailand in 2013.


About Hyundai Motor
Established in 1967, Hyundai Motor Company is committed to becoming a lifetime partner in automobiles and beyond. The company leads the Hyundai Motor Group, an innovative business structure capable of circulating resources from molten iron to finished cars. Hyundai Motor has eight manufacturing bases and seven design & technical centers worldwide and in 2014 sold 4.96 million vehicles globally. With almost 100,000 employees worldwide, Hyundai Motor continues to enhance its product line-up with localized models and strives to strengthen its leadership in clean technology, starting with the world’s first mass-produced hydrogen-powered vehicle, ix35 Fuel Cell.
More information about Hyundai Motor and its products can be found at:
http://worldwide.hyundai.comor www.hyundaiglobalnews.com