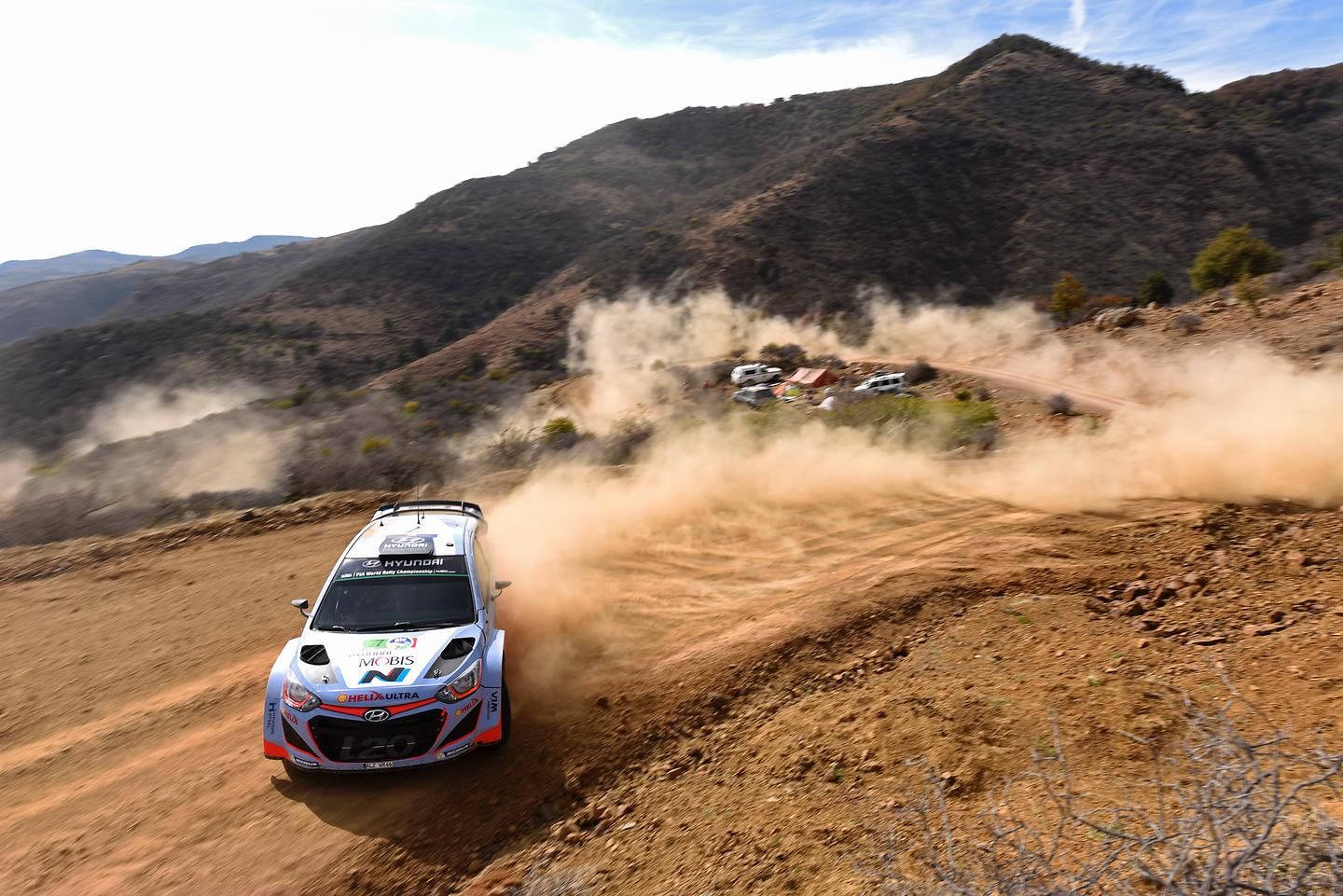 February 26, 2016 - Hyundai Motorsport heads to Mexico aiming to maintain its unbroken run of podium finishes in the 2016 FIA World Rally Championship (WRC), having achieved consecutive top-three finishes in the two opening rounds of the season.

Third place for Thierry Neuville in Monte-Carlo and second for Hayden Paddon in Sweden marked the first-ever back-to-back podiums for Hyundai Motorsport, setting a strong debut for the New Generation i20 WRC. The team will now hope to repeat this feat at the scene of its debut WRC podium two years ago.

The heat and harsh gravel terrain of Mexico will, however, offer a stern new stage of high performance for the three New Generation i20 WRCs and the team’s trio of drivers, who have all demonstrated impressive pace in the first two rallies of the year.

Thierry Neuville who memorably finished on the Mexico podium in 2014 will run under Hyundai Shell World Rally Team and will be joined by Dani Sordo. Hayden Paddon will drive for Hyundai Mobis World Rally Team, behind-the-wheel of the third New Generation i20 WRC.

Team Principal Michel Nandan said: “Our team heads to Mexico with a lot of positivity after the performances so far this year. At the same time, we know that this rally will offer a new set of challenges and demands on our New Generation i20 WRC cars and the team itself. The new car has already proven to be a step forward on its predecessor but we have more to learn on the tough Mexican terrain. We will have to wait and see if we can challenge for the podium again but that’s our objective. This year’s itinerary for Rally Mexico includes an extremely daunting 80km stage which will put the cars and crews under immense pressure. There will be no room for error and it adds an extra layer of difficulty to a rally that was already one of the toughest. It will be exciting - and nerve-wracking - to follow. We head to Mexico just five points behind Volkswagen Motorsport in the Manufacturers’ Championship, so we’re more than motivated to fight at the front - and hopefully to make it three podiums in a row!”

This year’s Rally Mexico will cover over 399km over 21 stages across the Sierra de Lobos and Sierra de Guanajuato mountain ranges, starting on March 3 with the exciting Guanajuato ceremonial start.