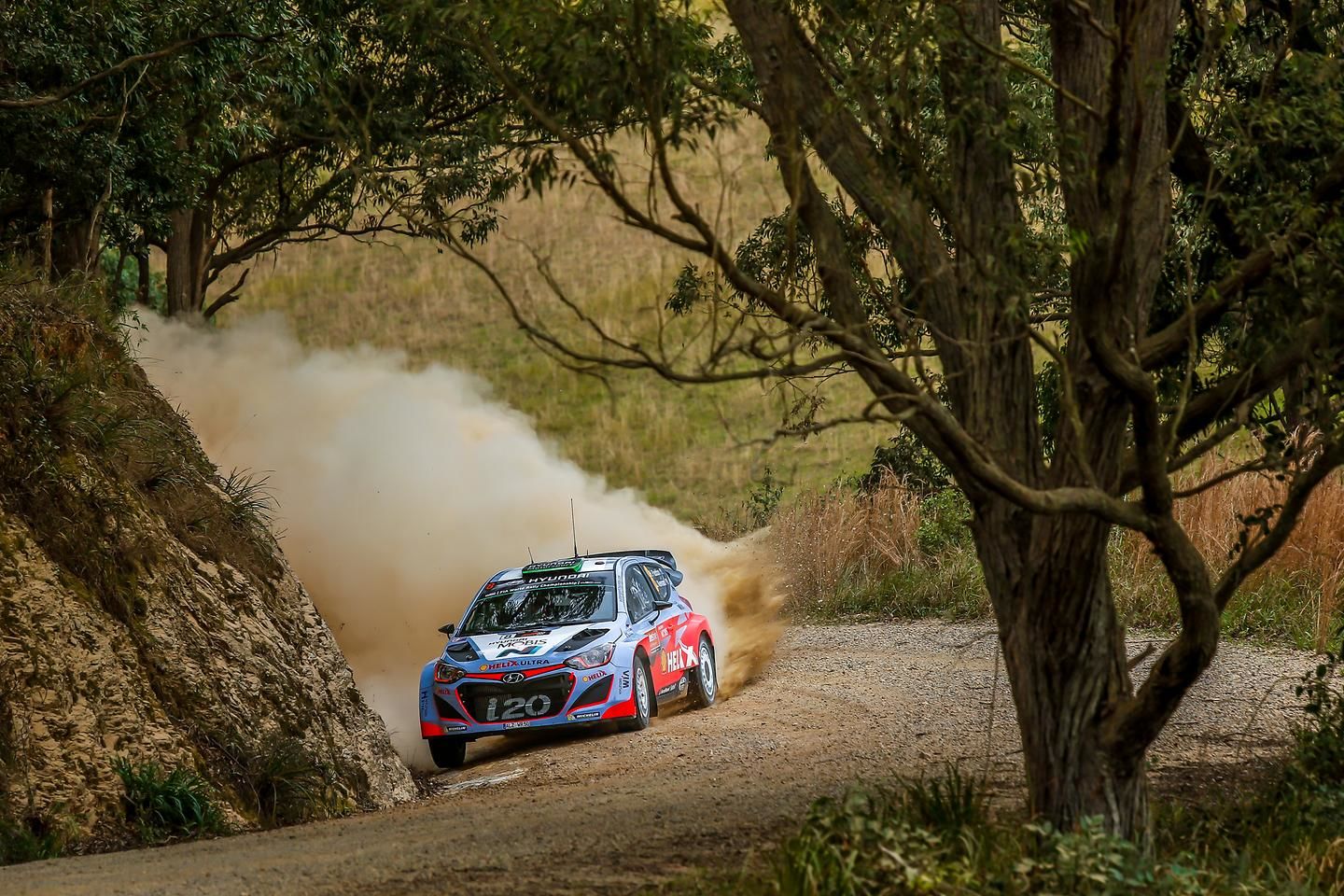 
Hayden Paddon scored his top-five result after a clean end to the event. His fellow Hyundai Shell World Rally Team driver Thierry Neuville completed the event in a solid seventh place, picking up important championship points for the Manufacturers’ Championship.


Rallying under the Hyundai Mobis World Rally Team for this event, Dani Sordo finished in eighth place after a highly respectable rally in his first participation in the Coffs Harbour-based Rally Australia.


Hayden Paddon rallied in front of many New Zealand rally fans and supporters who had made the trip to Australia during the weekend.


Hayden Paddon said: “It was a solid final day for us and a pleasing end to a positive weekend. I was happy with my pace and enjoying driving the car. I concentrated on bringing the car home in fifth - picking up important manufacturer points which has helped the Hyundai Motorsport team to consolidate second place in the Manufacturers’ classification. Personally, it has been a fantastic weekend. We had a particularly good morning on Saturday with two stage wins, and overall, I have been happy with the car and my own performance. It has been great to see so much support from the fans from my hometown. It gives me such a buzz and makes Rally Australia a special event. Thanks also to the team for all their hard work during this rally.”


Thierry Neuville has focused on picking up championship points and achieved that objective by completing the rally safely in seventh overall. He enjoyed a steady pace in Australia to a positive conclusion.


Thierry Neuville commented: “I had a good clean drive, not taking any risks and just making sure we brought the rally to a successful end. I tried to focus on picking up as many Championship points as possible for the team. This rally was very enjoyable and we’ve had a decent weekend. Overall, I’ve made steady improvements to the car during the three days of the rally and I’ve been pleased with the results on the rally over the weekend.”


Dani Sordo commented: “I’ve enjoyed this rally a lot and I’ve been pleased with the performance of the car. I concentrated on making sure it was a trouble-free run to the end. The positions were pretty secure so I had little to fight for. This has been my first participation in this particular format of Rally Australia and I feel that I have learned a lot. It was nice to take those stage wins on the opening day, when the stages were new for everyone.”


Hyundai Motorsport has approached its second ever Rally Australia with the clear focus on the Championship. Getting all three Hyundai i20 WRCs safely to the finish was the priority as well as securing second place in the Manufacturers’ Championship.


Team Principal Michel Nandan said: “We have fulfilled our rally target of retaining second place in the Manufacturers’ Championship, which is the most important thing. Rally Australia is a very demanding event and we have worked well as a team to help get everything out of the car. Hayden had a strong weekend. He wanted a podium but he wasn’t far off with two stage wins and a competitive performance throughout the weekend, so he can be proud of himself. Thierry picked up more Championship points and Dani also acquitted himself well on unfamiliar stages. We can be reasonably satisfied with the event although we are always looking to reduce the gap to those at the front. We now move back to Europe where we will push hard in the final three events of the season. Thanks to everyone in the team for their efforts.”


Hyundai Motorsport returns to Europe for the next rally of the season in France, at the start of October, fielding a four-car entry of Hyundai i20 WRC.