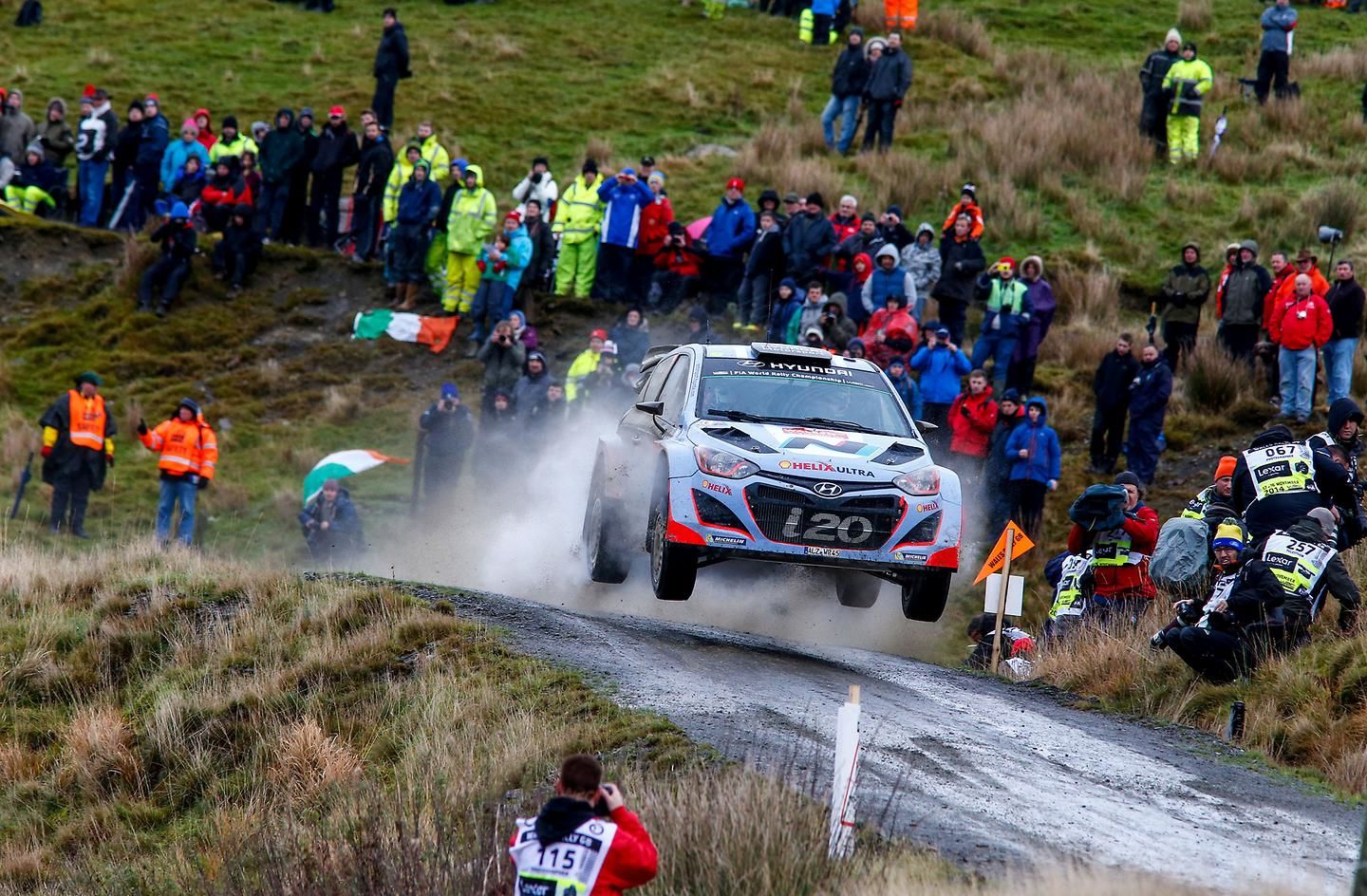 • Hyundai Motorsport aims to take back second place in the 2015 FIA World Rally Championship (WRC) in Wales Rally GB held at Great Britain from Nov. 12 to 15
• The team will roll four Hyundai i20 WRC cars and a revised its driver line-up for the season finale


November 6, 2015 - Hyundai Motorsport heads to Great Britain next week for Wales Rally GB (Nov. 12 to 15), the final round of the 2015 FIA World Rally Championship (WRC), with second place in the Manufacturers’ Championship still in sight.

The team has just a four-point gap to its closest challengers, the Citroën team, as the Championship heads to a thrilling conclusion with all efforts focused on overturning the deficit.

Hyundai Motorsport will field all four Hyundai i20 WRC cars at Wales Rally GB to gain podium wins. The team has also restructured its driver line-up for this rally to concentrate on the Championship charge, as well as allowing its drivers to prepare in the best way for the 2016 season.

Dani Sordo, who claimed a fantastic podium in Spain, will lead the Hyundai Shell World Rally Team in the #7 car, and will be joined by Hayden Paddon in the #8 car. Thierry Neuville will drive the #20 car for the Hyundai Mobis World Rally Team to help him renew his confidence for next season, with Kevin Abbring returning to the #10 car.

Team Principal Michel Nandan commented: “We reach the final round of the 2015 season still involved in a big fight for second place in the Manufacturers’ Championship, which will offer us an exciting rally. We have made some important changes to our driver line-up with Dani and Hayden scoring Manufacturer points for Hyundai Shell WRT. We decided with Thierry to give him effectively a ‘free’ rally so he can regain his confidence for the 2016 Championship. We will have four cars for this event with Kevin completing his four-rally programme at an event where he has previously been successful. We will all be pushing to reclaim second, a position we have held frequently up to this event. It won’t be easy but we are up for the fight!”

Dani Sordo heads to Great Britain on the back of a home podium in Spain and will be aiming for more of the same when he takes to the Welsh gravel next weekend. Dani Sordo said: “We had a great result in Spain so I hope to take that feeling forward to the final round of the season in Wales, Great Britain. This particular rally is normally set in difficult conditions with slippery surfaces, filled with mud, rain and gravel and so is a special rally. It is a very difficult event and the last one of the season so we will be extremely focused. The most important thing is that I do the best I can in our fight for second place in the Manufacturers’ Championship. I am confident we can do it if we can find a good rhythm.”

Hayden Paddon will help the team’s push for second in the Championship, as he moves into the Hyundai Shell World Rally Team for this rally. Hayden Paddon said: “Wales Rally GB is a bit like a home event for me, going back to an English-speaking country where I have a lot of experience. And obviously, now that we are scoring points for the team, we have to make sure that we have a strong event and try to bring home some good points. I am looking forward to the rain and the mud and to sliding around in the forest. Of course, we want to try and finish here on a high, so we will be pushing the whole time and seeing if we can finish in the top-five.”

Thierry Neuville will use the opportunity driving for Hyundai Mobis World Rally Team to re-build his confidence ahead of the 2016 WRC campaign. He commented :“Wales will be a useful rally for us to try and find a good feeling with the car once again. The team is still in a close fight for second in the Manufacturers’ Championship and we will be wishing for the best outcome. From my side, it would be nice to rediscover the pleasure we usually have when rallying and we hope that the team can build on the sort of result we had last year, when we were very close to the podium.”

Kevin Abbring will take part in the final rally of his four-event programme with Hyundai Motorsport in Wales. Abbring commented: “I am really looking forward to Wales, which will be the culmination of the season. The conditions are likely to be some of the most challenging that we see in any of the WRC rounds. It is the perfect way to end the WRC season and my four-rally programme with Hyundai Motorsport, which has been an incredible experience. I will push myself to the best of my abilities to finish the season on a high with the team.”

Wales Rally GB consists of 19 stages run through Mid and North Wales, and will be run from a service park located in Deeside, covering a total of 312.16km. Wales Rally GB will pose a fascinating challenge for all the drivers next weekend as Hyundai Motorsport concludes just its second season in WRC. 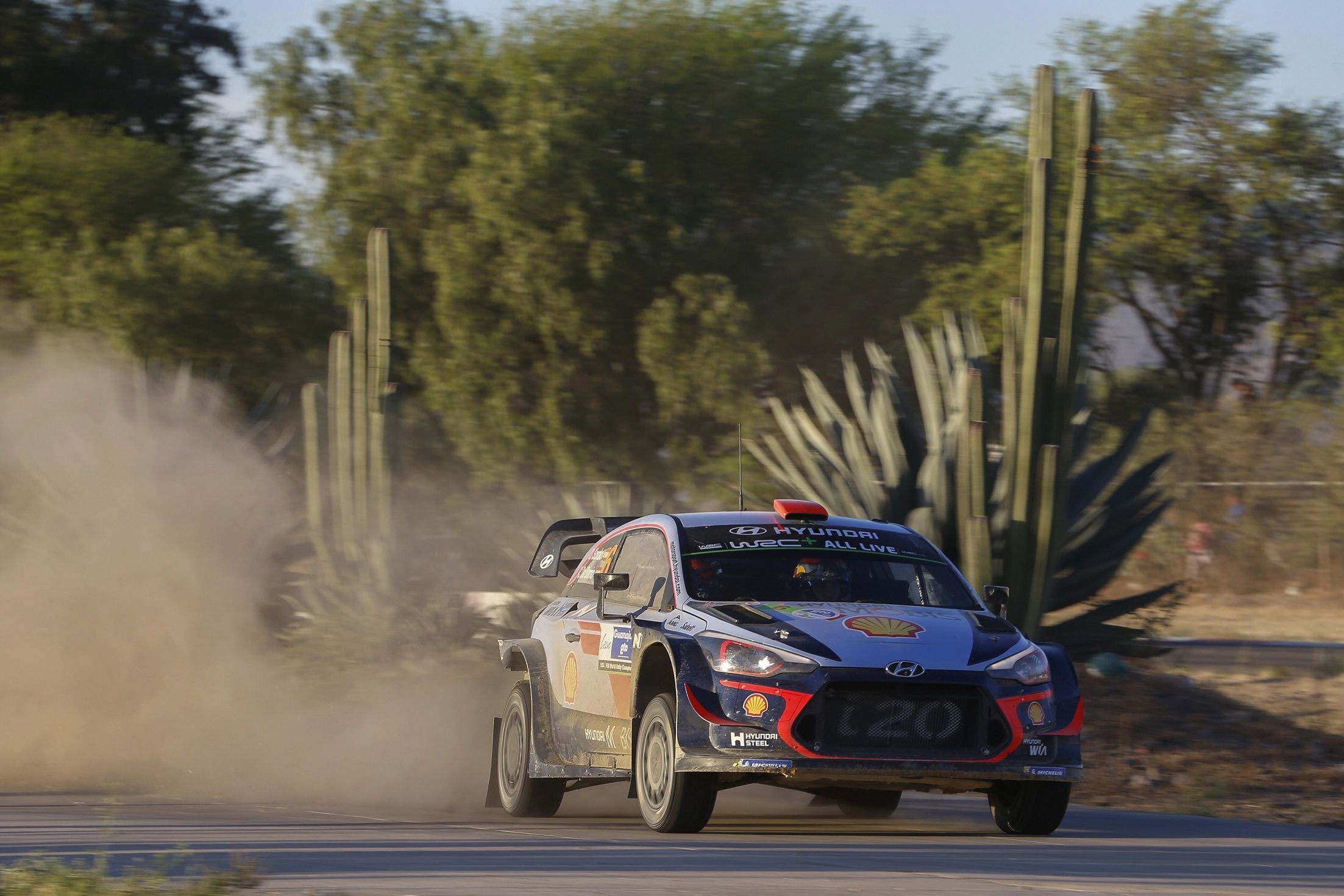