- Hyundai Motorsport has announced their first project for circuit racing,
a TCR-specification design based on the New Generation i30
- The new car will be built and developed by the Customer Racing
department at Hyundai Motorsport’s headquarters in Alzenau, Germany
- Testing will begin in early spring, with deliveries to customers scheduled
to start in December.

February 20, 2017 – Hyundai Motorsport will take its first steps in circuit racing this year, with the development of a car for the TCR regulations. The project, built to compete in the growing number of TCR championships around the world, continues the growth of Hyundai Motorsport. The company was established in 2012, and consists of the WRC team, now competing in its fourth season, and the Customer Racing department.

The new car will be based on the New Generation i30, which was launched last year. The racing version is designed take advantage of the best qualities of the road-going model, which went through its own rigorous testing plan, including mileage on the Nürburgring Nordschleife circuit.

In line with current TCR regulations the car will be powered by a two-liter turbocharged engine from within the Hyundai range, and fitted with a six-speed gearbox and 100-litre fuel tank.

Work on the design began at Hyundai Motorsport in September last year. The building and development of the cars will also be completed at the company’s headquarters in Alzenau, Germany by the Customer Racing department. The creation of the new project continues the work started by the New Generation i20 R5 rally car by showing the high-performance, dynamic side of Hyundai to a wider audience.

Hyundai Motorsport Team Principal Michel Nandan said: “The beginning of our first project specifically for circuit racing is a very important step for Hyundai Motorsport. The TCR regulations have proven incredibly successful, being embraced by a growing number of series around the world. By representing Hyundai in these championships our TCR car will promote the manufacturer in motorsport, together with our WRC and R5 projects. The coming months will be very busy for the Customer Racing department, with the TCR development running alongside the continuing support of our existing customers. I know, though, that we will create a strong car for an increasingly competitive category. I look forward to seeing it on TCR starting grids.”
TCR Promoter Marcello Lotti said: “We are delighted to welcome Hyundai into the ever-growing TCR family. The arrival of the Korean manufacturer adds even more prestige to a long list of famous brands that have decided to embrace the TCR concept and compete with their production models in an expanding number of racing series worldwide. We can’t wait to see them join the International Series where we believe that they will be competitive straight away.”
The car is scheduled to begin testing in early spring. The first deliveries to customers are planned for December.


About Hyundai Motorsport GmbH
Established on 19 December 2012, Hyundai Motorsport GmbH is responsible for Hyundai’s global motorsport activities and primarily for its World Rally Championship programme.  Based in Alzenau on the outskirts of Frankfurt in Germany, the company embarked on its debut season in the FIA World Rally Championship in 2014 with a bespoke team of skilled staff and a brand new car, the Hyundai i20 WRC. The team made a strong impression in its first year claiming podium results in Mexico and Poland, as well as a memorable 1-2 in Germany. In its second season, the team was involved in a closely fought battle for second place in the Manufacturers’ Championship, adding more podiums and stage wins to its tally. For its third year in WRC, Hyundai Motorsport developed a brand new car, the New Generation i20 WRC. The team enjoyed its most successful season to date in 2016 with two victories (Argentina and Sardinia) and a total of 12 individual podium results, finishing second in the Manufacturers’ Championship. With a number of key technical regulation changes introduced for the 2017 season, Hyundai Motorsport has developed a brand new car, the Hyundai i20 Coupe WRC, with which it will contest its fourth season. 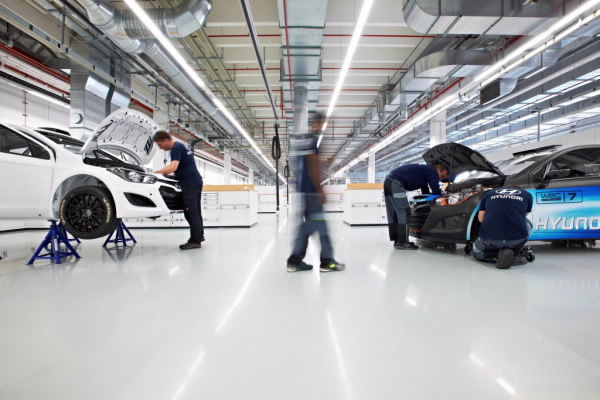 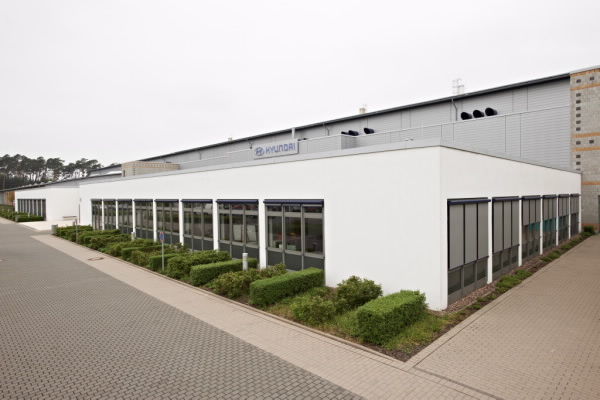