Hyundai To Showcase New Thinking At The 2011 Seoul Motor Show

Hyundai Motor Company, South Korea’s largest automaker, showcased its latest `new thinking’ on products, technologies and services to the world at the 2011 Seoul Motor Show, which opened today under the theme of ‘Evolution, Green Revolution on Wheels.’

“Hyundai’s goal is not to be the biggest car company, but the most loved. We want to be a reliable partner to our customers, supporting their happiness, rather than a company that pursues its own interests,” said Steve S. Yang, President and CEO of Hyundai Motor. “We will ceaselessly introduce world-class products of the best quality to overcome the difficult market environment and turn it into an opportunity, while modestly listening to the voice of the customer.” In particular, Hyundai will focus on “improving quality, creating new values through new thinking, and developing advanced eco-friendly technologies to contribute to a greener society,” Yang said.

Hyundai Motor staged a world premiere of its new concept car, Blue2 (codenamed HND-6), a mid-size FCEV which shows a blueprint for future sedans. The name ‘Blue2’ is a combination of Hyundai’s sub eco-brand ‘Blue Drive’ and the number `2’ from H2 , the symbol for hydrogen gas.

Aiming at gaining early leadership of the FCEV market, Blue2 is powered by a fuel cell electric system that delivers a stack power of 90kW(1.65kW/L) and fuel economy of 34.9km/ℓ. The Blue2 is materialized in a sporty and luxurious style, a combination of futuristic, flowing designs and eco-friendly features. The Blue2 is equipped with low-resistance tires and alloy wheels which are designed to improve aerodynamic performance, while the car’s interior design encompasses a futuristic look by using eco-friendly new materials.

Hyundai’s concept keywords for the exterior design are ‘Intersected Flow,’ featuring innovative and dynamic designs. The vehicle’s condition is visible via unique and futuristic images on the exterior of the car through outside LED screen panels, which are located on both the front and rear of the car. Blue2 also features a welcome system which recognizes the driver, while an automatic opening door system enhances the driver’s convenience. Conventional side mirrors are replaced by side cameras and a roof camera, offering a state-of-the-art driving environment.
The exterior designs flow inside the vehicle, with asymmetrically-designed dashboards and doors to optimize a driver’s convenience and add emotional value. Wider seats enable people to get in and out of the vehicle more comfortably.

Blue2 aims to satisfy all the senses of future drivers, including the air they breathe: A cluster ionizer freshens the air inside the vehicle, while antibacterial genuine leather with leaf-shaped patterns, called ‘eco-graphic perforation,’ enhances an eco-friendly look and feel.

Hyundai also unveiled its first gasoline hybrid model, the Sonata Hybrid, to its home market. The Sonata Hybrid, which made its world debut at the 2010 New York International Auto Show, also encompasses Hyundai’s new thinking, as Hyundai developed the world’s first full parallel hybrid system and applied lithium-ion polymer batteries to a hard type hybrid model for the first time in the world.

Equipped with a Nu 2.0 Hybrid engine, a 6-speed hybrid automatic transmission and a 30kW hard type hybrid electric motor, the Sonata hybrid delivers a peak output of 191ps (engine: 150ps, electric motor: 41ps) and the best fuel economy in its class at 21.0km/ℓ (All specifications limited to the Korean market).

The Sonata Hybrid, which is based on Hyundai’s best-selling mid-size sedan, differs from the gasoline model with its dynamic `hexagonal grille.’ The vehicle also has an `Eco Guide Gauge’ on its cluster to help drivers build more economical driving habits. The Sonata hybrid will go on a sale in the Korean market in the first half of this year.

i40, Curb, and In-Vehicle Technologies

Along with Blue2 and the Sonata hybrid, Hyundai introduced i40, a mid-size wagon exclusively developed for the European market, which made its world debut at Geneva in March. Hyundai also displayed Curb (codenamed HCD-12), a compact Urban Activity Vehicle (UAV) concept unveiled at Detroit in January. Curb, targeted at the next generation of Hyundai buyers, is also a test bed for future Hyundai in-vehicle connectivity technology.

In order to promote its advanced eco-friendly technologies, Hyundai built a ‘Blue Drive Zone’ at its booth, which displays its first Full Speed Electric Vehicle (FSEV) BlueOn and its electric bicycle ECCOV. Hyundai’s most advanced powertrain technology will also be on display - some for the first time - including its 6-speed DCT (Dual Clutch Transmission) and 8-speed auto transmission, as well as its 1.6 Gamma Turbo GDi, Nu 2.0 GDi and Nu 2.0 CVVL (Continuously Variable Valve Lift) engines.

The ECCOV (Eco Community Vehicle), introduced at Geneva in March, boasts a maximum speed of 30 km/h and can travel as much as 50 km on a single charge in electric mode.

A total of five new future in-vehicle technologies introduced at the 2011 CES early this year were also on display: Smart Connectivity System, which allows drivers to connect their smart phones and tablet PCs with the vehicle; Motion Sensor Moustick, which recognizes the driver’s hand movements through sensors to control the car’s audio and navigation system; Dynamic Cluster, an LCD gauge and information system that is driver-customizable; Car Browser System and Web Platform, a fully functional Internet terminal; and Multifunctional Safety Vision System, a four-camera, 360-degree view around the vehicle.

Hyundai Motor set up a separate booth for its commercial vehicles under the concept of ‘Enjoyable Sensation Truck & Bus,’ displaying three new models: The New Trago 27t Dump, Mega space-cab Tractor and the 2011MY Universe.

In particular, ‘Elec-City’ is a zero-emission electric bus developed in-house. A test fleet of Elec-City will be operated in some metropolitan bus routes starting this year, while Hyundai plans to mass produce the buses starting in 2013. During the G20 Seoul Summit in 2010, Elec-City was used as the official shuttle bus for organizers and officials.

Equipped with three 100kW motors, Elec-City delivers a peak output which is equivalent to a combustion engine’s 402ps and maximum speed of 100km/h. It can run 120 km on a single charge.

Hyundai also displayed two new commercial vehicle technologies: The Commercial Vehicle Telematics System, which collects real-time data from the vehicle to enable more efficient freight transportation management; and the 3.5t AMT system, which allows drivers to enjoy the convenience of an automatic transmission, with the fuel efficiency and power of a manual transmission.

Hyundai’s new booth enables visitors to comfortably view the cars, while the entire space on the second floor of the booth is used as a lounge where customers can relax and get a view of the whole booth. Hyundai is also providing FCEV shuttle bus services to and from the parking lot to the exhibition hall. Staff members at the booth will provide product information using tablet PCs.

As part of its efforts to evolve from simply an auto manufacturer that provides transportation to an automaker that creates an auto culture, Hyundai presented its virtual-driving Veloster game machine, as well as a 4D theater showing ‘Robocar POLI,’ a 3D animation for children presented by Hyundai Motor, Roi Visual and EBS. 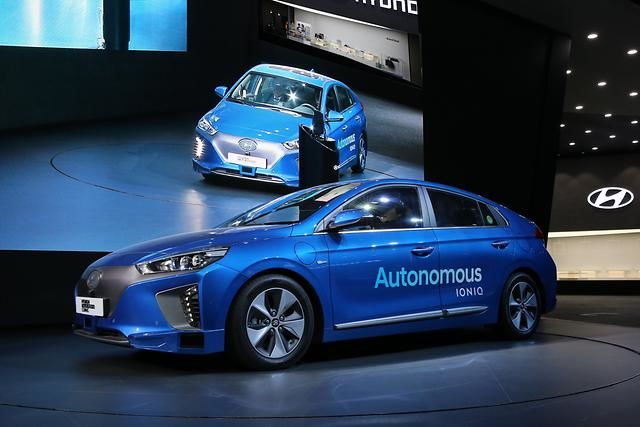 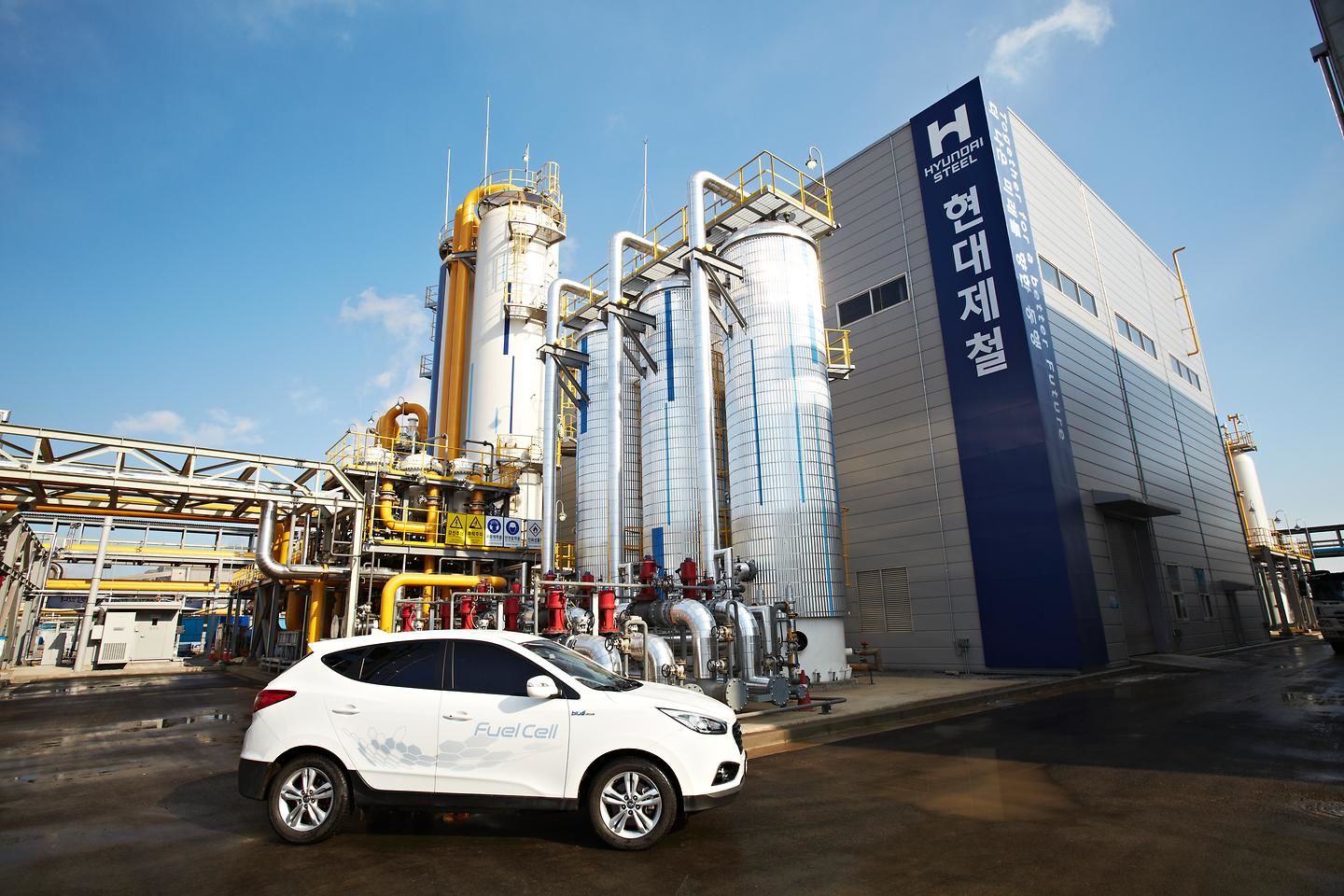 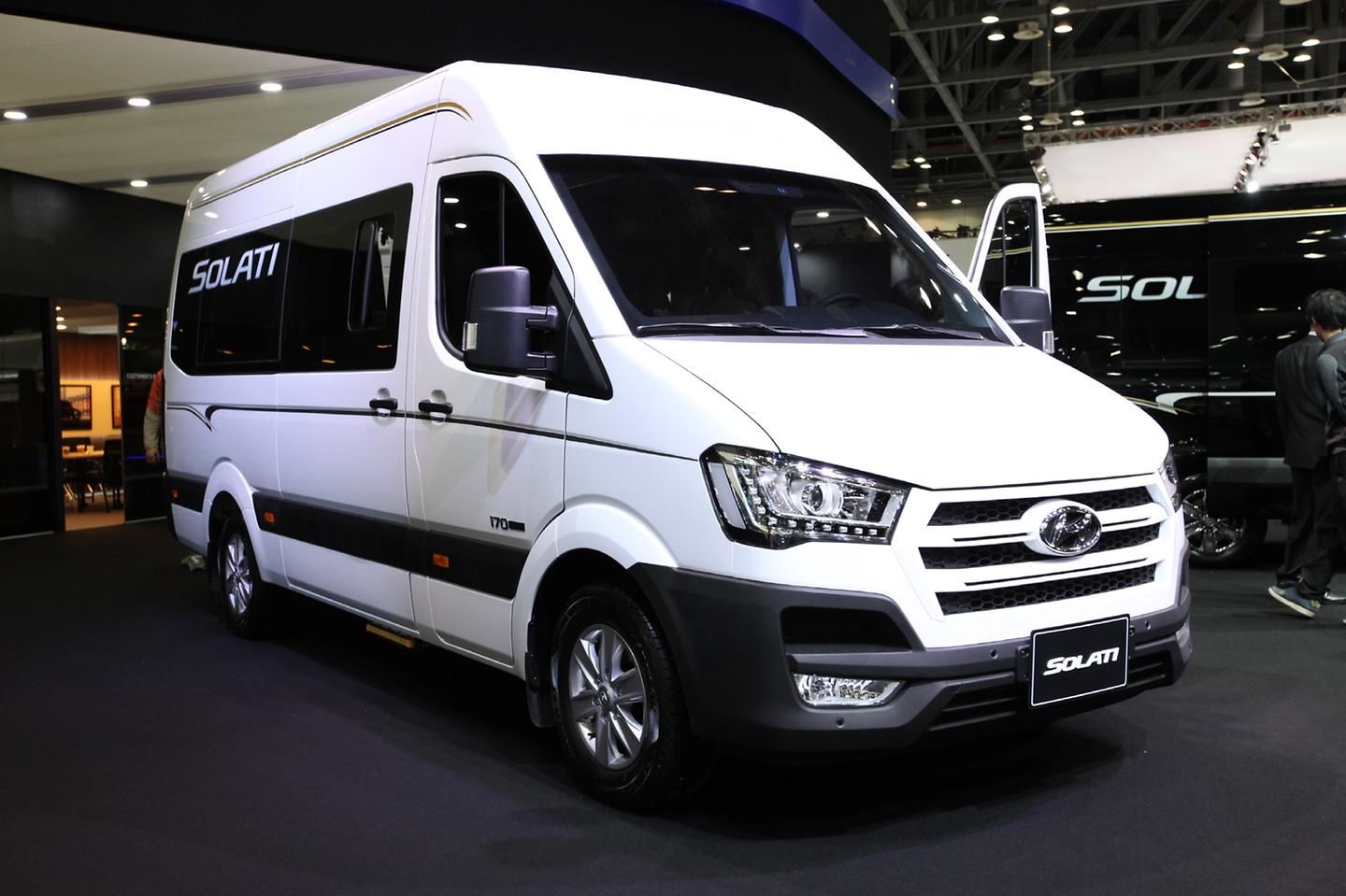 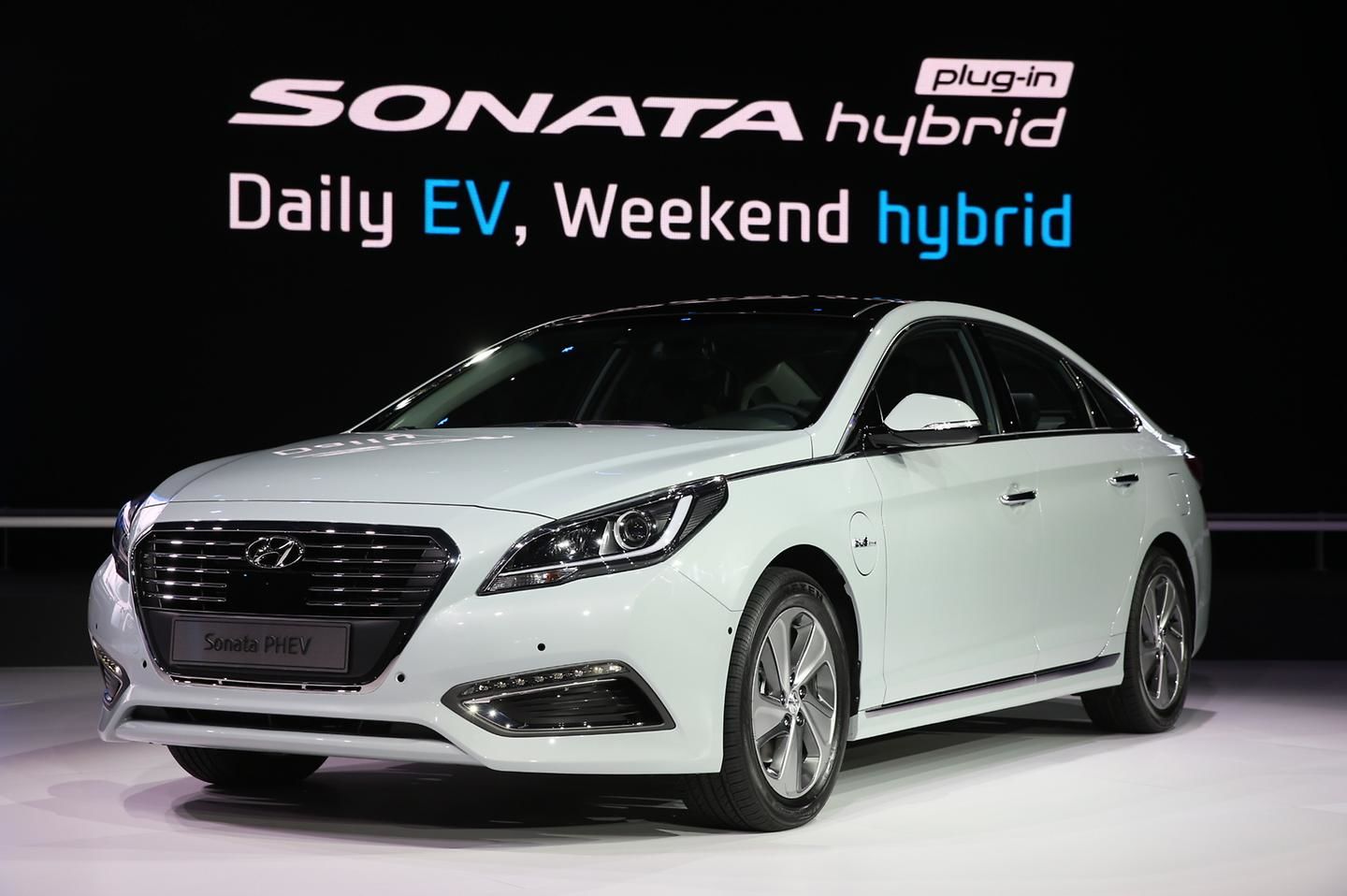 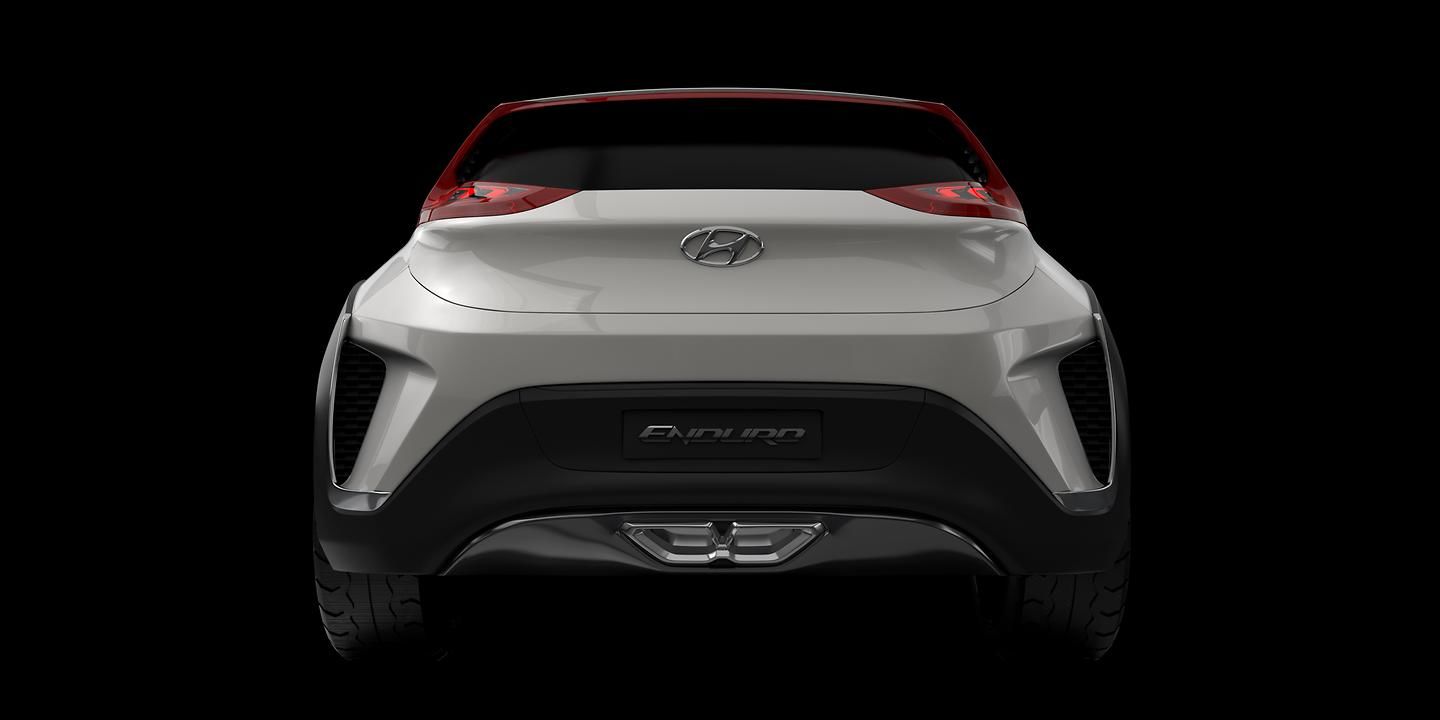 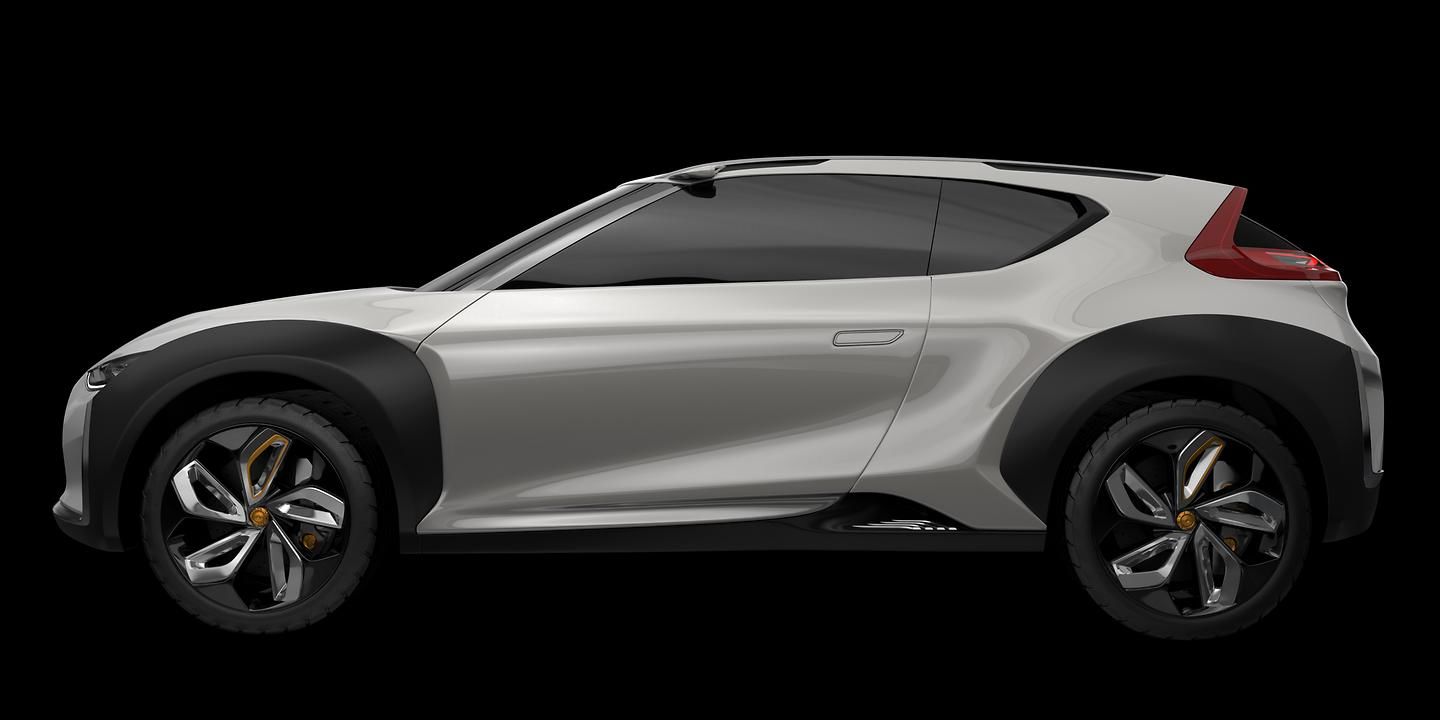