i20 WRC Tests On Gravel, Tarmac in October 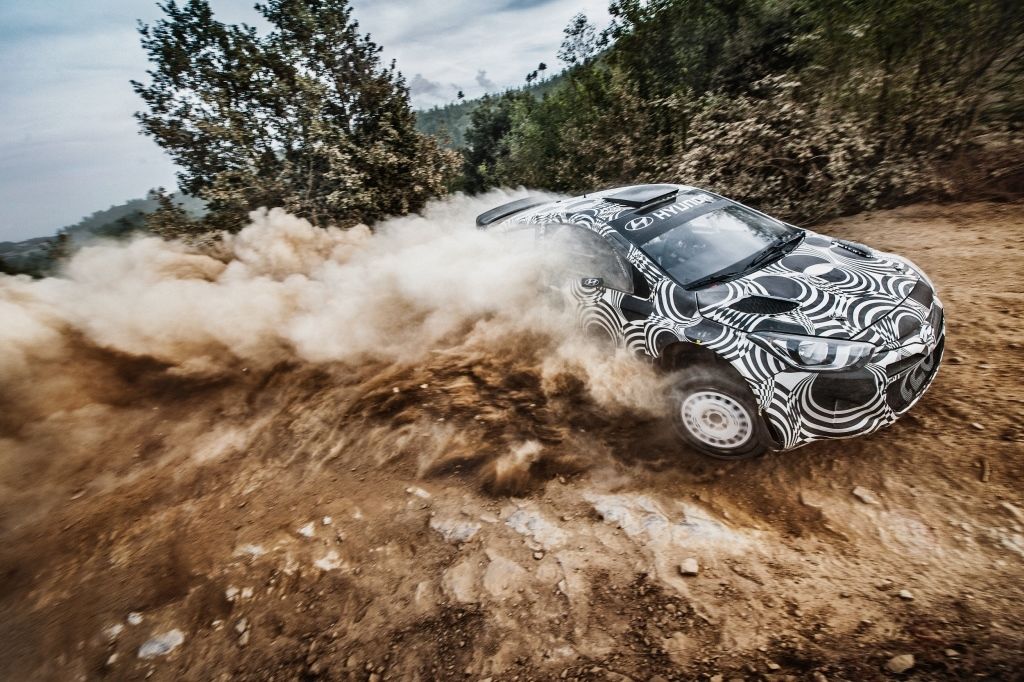 i20 WRC kicks up the gravel in October.

- Hyundai Motorsport continued the development of the i20 WRC with a total of 15 days of testing on gravel and tarmac during October
- Juho Hänninen, Bryan Bouffier and Chris Atkinson alternated behind the wheel of the i20 WRC at tests in Spain and Germany
- Homologation process started for i20 WRC

October 31, 2013 – As the start of the 2014 FIA World Rally Championship season rapidly approaches, Hyundai Motorsport continued to prepare for its upcoming challenge during October, testing the i20 WRC for a total of 15 days and driving more than 1000km on both gravel and tarmac.

“This month was exceptionally busy for us: we were out testing the i20 WRC on both surfaces for more than half of the month, with our three test drivers swapping the seat on four separate test sessions. We now have two latest-spec i20 WRC, which allows us to further intensify the development schedule by alternating between the two chassis,” said Hyundai Motorsport Team Principal Michel Nandan. “Overall, it was a positive month as we managed to test new parts, try different set-up solutions and cover some good mileage with the car.”

October’s testing kicked off with a four-day gravel test in the south of Spain where the team continued to assess the behaviour of the i20 WRC in warm weather conditions with both Juho Hänninen and Chris Atkinson on duty. “During this test we took the opportunity to continue the development of the car on gravel conditions, similar to the ones we will find in Portugal and Sardinia next year. We tried several configurations for these kinds of terrains and evaluated some new components which we hadn’t tested before,” explained Nandan.

The Hyundai Motorsport team then moved from the south of Spain up to the Catalonia region for a five-day gravel test. This was followed by a tarmac test in Baumholder, Germany, home of the iconic Arena Panzerplatte, which forms part of Rallye Deutschland’s itinerary.

“After concentrating on loose surfaces in the first part of October, we took the i20 WRC to tarmac for a test on the same conditions of Rallye Deutschland. We had some new suspension parts to try as we hadn’t tested on tarmac since August,” Nandan continued.

In the final week of October, the team continues tarmac development in Catalonia on the roads of Rally de España, the penultimate round of the WRC, which was held last week. “Testing on the same roads as the rally allows us to start to have some references on the stages we will tackle next year,” concluded Nandan.

This month marked also the beginning of another important process for the Hyundai Motorsport team. The dossier for the homologation of the i20 WRC needs to be compiled and lodged by the FIA by the end of October.