July 18, 2013 - Emission-free hydrogen powered vehicles will soon be operating in London. It is the intention that five Hyundai Motor ix35 Fuel Cell models – the first production fuel cell cars in the world – will be an integral part of the London Hydrogen Network Expansion (LNHE) project.

Hyundai Motor, as a supplier to the LHNE project, will join the existing consortium of companies with expertise in hydrogen transport infrastructure and operation, working to establish the UK’s first hydrogen transport network covering London and south east England. The LHNE project, a government-backed initiative co-funded by the Technology Strategy Board, will put hydrogen-fuelled vehicles into daily business use and deliver the refuelling infrastructure to support their operation.

These fuel cell vehicles will be leased to key public and private fleet users in the capital. They are among the first of 1,000 examples that Hyundai Motor has committed to produce between now and 2015 and are built on the same production line, in Ulsan, Korea, as the Tucson.
The majority of those 1,000 cars will be available in Europe where the European Commission has established a number of schemes, such as the Fuel Cells and Hydrogen Joint Undertaking (FCH JU), to promote the use of hydrogen as an energy carrier with zero carbon content.

With various hydrogen projects concentrating on establishing hydrogen infrastructure in Europe, the timing is right for hydrogen-powered vehicles to accelerate the project.

World’s first mass produced Fuel Cell vehicle
As the first car company in the world to assembly line-produce fuel cell vehicles, Hyundai Motor has enabled not just the real start of Europe’s Hydrogen Roadmap but also accelerated London’s plans to become one of the major hydrogen capitals of the world.

For Hyundai Motor, the philosophy behind the ix35 Fuel Cell project has been to produce a car that offers the same practicality, safety levels and driving experience as an ix35 driven by an internal combustion engine, but with zero tailpipe emissions.  That means comparable performance – 100mph maximum, 0-62mph in 12.5 seconds and a range of almost 370 miles from each tank – but with no emissions: the only emission is water.

Quick and easy refuelling
Just as importantly, a Fuel Cell vehicle can be refilled in two to three minutes and, in use, an ix35 Fuel Cell demands no compromise from the driver.

Although Hyundai Motor has been developing its Fuel Cell vehicles for more than 15 years, it is only now - with the start of a viable hydrogen refuelling network in place - that it can consider putting a fuel cell car into series production.

So after a number of ‘false dawns’ for hydrogen-powered cars, this time the Fuel Cell vehicle has a genuine, clear and realistic future here in the UK. Much of this is down to the work of the London Hydrogen Partnership and that of other projects such as the London Hydrogen Network Expansion project which is led by Air Products.

With these key partners working together, hydrogen mobility is about to become a reality. Two hydrogen fuel stations are already open in the Capital – one of which has public access – with a third to come as part of the London Hydrogen Network Expansion (LHNE) project.

Ten-fold increase in Fuel Cell vehicles by 2015
A further three fuelling stations are planned by 2015, by which time it is expected that the number of fuel cell vehicles in London will have risen ten-fold from the initial five to at least 50 or more including passenger cars, buses and scooters.

“Battery electric vehicles are a great technology but like the fax machine they are only temporary and there is a great deal of consumer resistance towards them for all manner of reasons, including range and the time it takes to recharge them.

“Even though we have around 1,300 charging points in the capital you cannot guarantee getting a space outside your house to charge overnight: London is just too densely populated.”

Hydrogen from renewables
“For me, hydrogen cracks all those problems and it also solves other issues along the way such as making best use of wind energy, for example. We also produce a huge amount of waste and we are looking at schemes that convert biomass into hydrogen. So as well as producing a clean fuel we would be reducing the amount of waste we put into landfill.

“These are early days, but I am tremendously excited by the prospects of London’s hydrogen future. Hyundai Motor is providing invaluable insights and bringing global experience to the Mayor’s innovative low carbon, low emission transport activities.”

Tony Whitehorn, President and CEO of Hyundai Motor UK, said: “Hydrogen delivers considerable environmental benefits and we are looking forward to working closely with the other partners to drive forward its widespread introduction.”

The London Hydrogen Partnership has initiated more than £50 million worth of hydrogen projects already. Its partners have been involved in the implementation of the two existing refuelling stations, the operation of five fuel cell London buses which joined the Transport for London fleet in 2011, with another three to join in 2013, as well as a fleet of hydrogen iconic London taxis, fuelled by hydrogen.


About Hyundai Motor
Established in 1967, Hyundai Motor Co. has grown into the Hyundai Motor Group, with more than two dozen auto-related subsidiaries and affiliates.  Hyundai Motor - which has seven manufacturing bases outside of South Korea including Brazil, China, the Czech Republic, India, Russia, Turkey and the U.S. - sold 4.4 million vehicles globally in 2012. Hyundai Motor, which employs over 80,000 workers worldwide, offers a full line-up of products including small to large passenger vehicles, SUVs and commercial vehicles.

The digital press pack can be found at – www.hyundaimedia-fuelcell.co.uk. 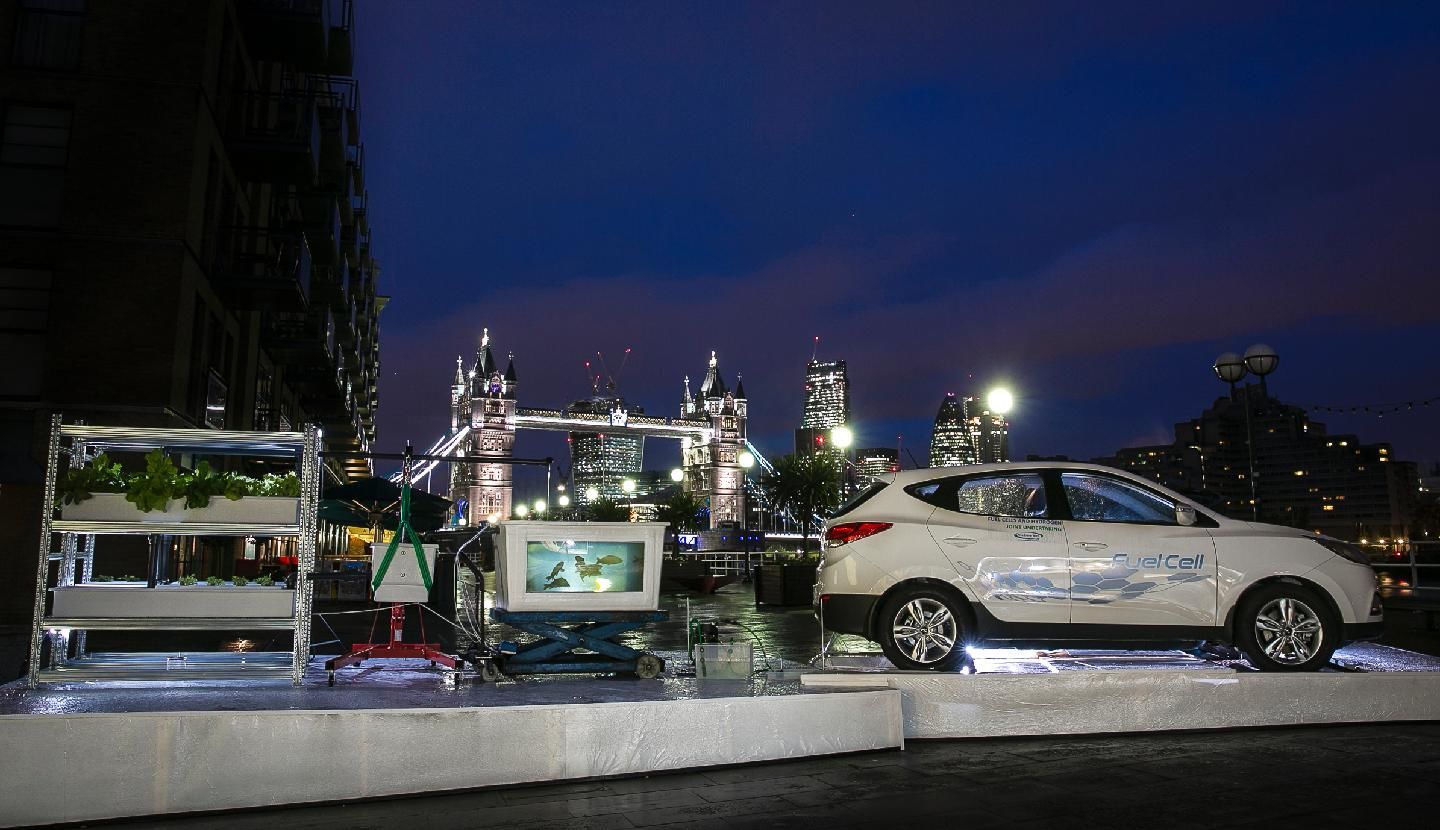