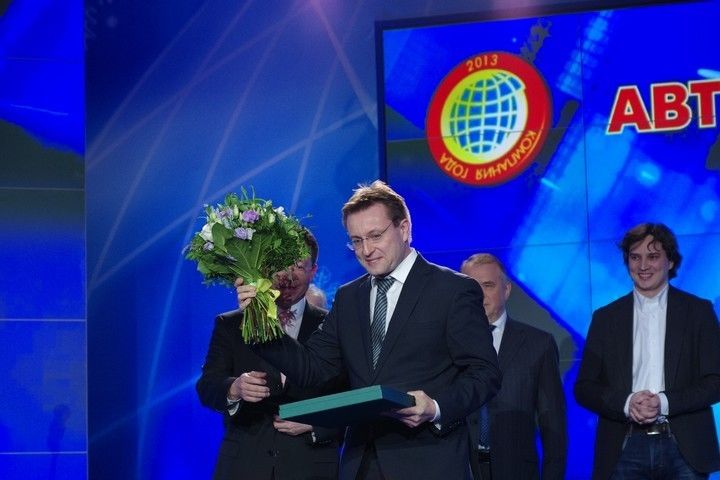 
Dec. 13, 2013 &ampndash Hyundai Motor CIS, Hyundai Motor's subsidiary in Russia, received the national honor of &quotCompany of the Year 2013" in the &quotAutomotive Industry" category on Dec. 11 in an award ceremony, annually organized by RBC Holding, the holding company of RBC group which is one of the largest media groups in Russia, with support of the Russian Federation's Chamber of Commerce.

The goal of the prestigious &quotCompany of the Year" national award, founded in 1999, is to bring to attention of the Russian public and the international business community the activities of companies operating in the Russian market and to facilitate the strengthening of the economy as well as the welfare of the population.

In addition to Hyundai Motor CIS's impressive sales performance, the award also recognizes the company's social responsibility as well as its efforts to become the most loved brand in Russia.

Hyundai Motor CIS is actively involved in Russian society, implementing various projects throughout the region as part of a global social initiative program called &quotChange the World Together!"


About Hyundai Motor
Established in 1967, Hyundai Motor Co. has grown into the Hyundai Motor Group, with more than two dozen auto-related subsidiaries and affiliates. Hyundai Motor - which has seven manufacturing bases outside of South Korea including Brazil, China, the Czech Republic, India, Russia, Turkey and the U.S. - sold 4.4 million vehicles globally in 2012. Hyundai Motor, which employs over 90,000 worldwide, offers a full line-up of products including small to large passenger vehicles, SUVs and commercial vehicles.