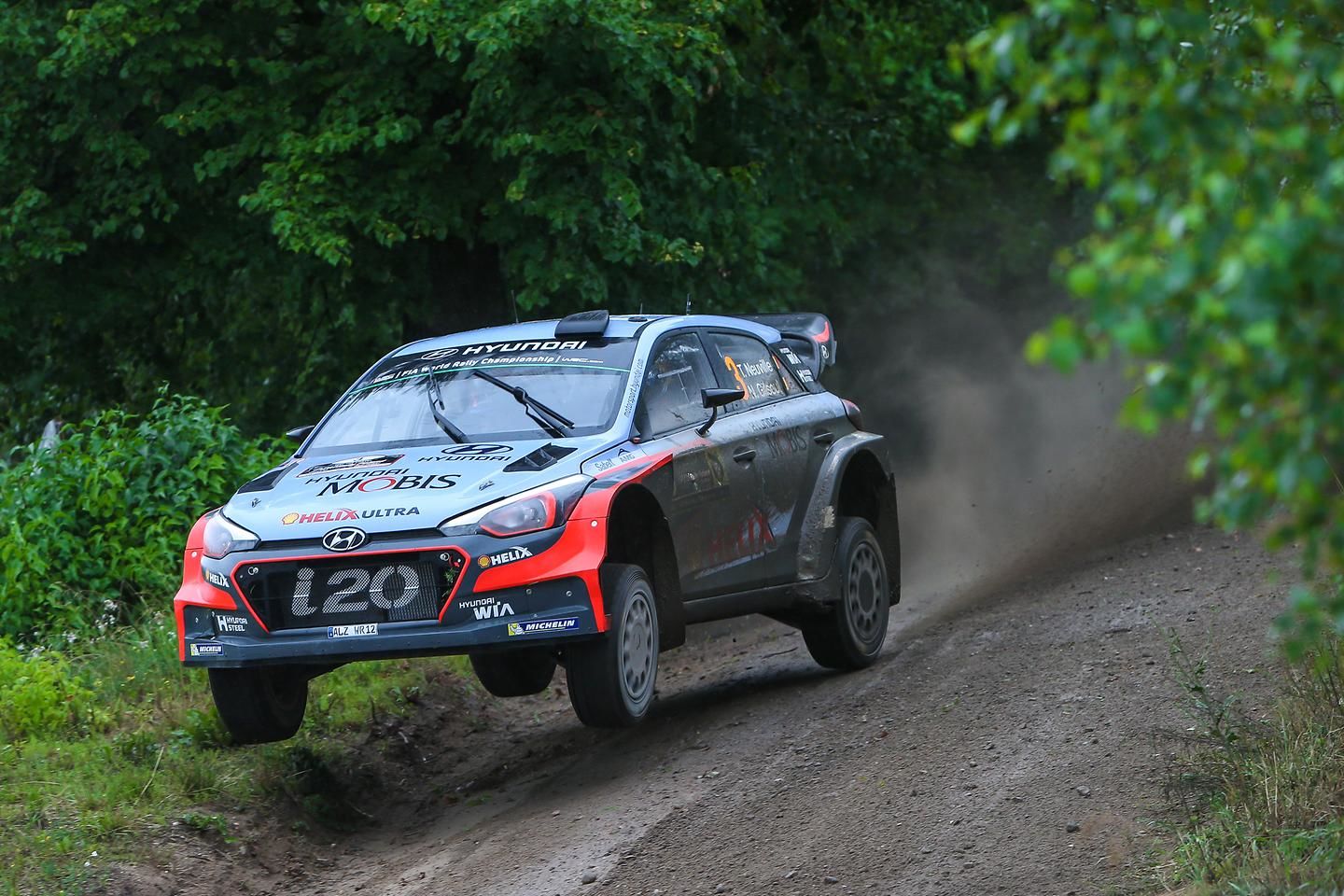 Hyundai Motorsport Claims Fifth Podium for 2016 Season at WRC Rally Poland
- Hyundai Motorsport finished third and fourth in WRC Rally Poland, a total of five podiums including two winnings in 2016 WRC season
- Hayden Paddon took his third podium of 2016 finishing in third position overall while Thierry Neuville finishing in fourth place
July 4, 2016 - Hyundai Motorsport has added a fifth podium to its 2016 tally after a competitive showing for the team in WRC Rally Poland (June 30~July 3).
Hyundai Shell World Rally Team driver Hayden Paddon claimed his third top-three result of the season so far, finishing third overall at the end of a dramatic final stage. Just 3.1-seconds separated second, third and fourth positions at the conclusion of 21 competitive stages, with Thierry Neuville taking fourth spot, 0.8-seconds behind Paddon.
At the season’s halfway point, with seven WRC rounds still to contest, the Hyundai Motorsport team holds second in the manufacturers’ standings with 135 points after adding 27 points. Paddon moves up to third in the drivers’ classification with Sordo and Neuville inside the top-six.
For Paddon and co-driver John Kennard, the result marks a third podium of the 2016 season following second place in Sweden and victory in Argentina. The crew navigated the tricky conditions on last Sunday morning, fending off a close challenge from Neuville for the third place.
Paddon said: “That was too close for comfort really! The rain conditions made the stages very slippery and I had no confidence at all. Our objective today was to secure third position rather than push for second, so we wanted to be relaxed. I think we probably eased off too much. Third is a great result, irrespective of how close it was - just 0.8 seconds! I am happy with the way the weekend has gone. We’ve had a good rally here in Poland and it’s allowed us to bounce back after two tough results. It’s fantastic to be on the podium again and I hope we can do the same in Finland. Congratulations to everyone in the team on a job well done.”
Paddon’s third place gives Hyundai Motorsport its second ever Rally Poland podium, following a top-three for Neuville back in 2014. The New Generation i20 WRC showed its pace with great performance and technology credentials. The car has now taken two victories, one second and two third places in seven rallies this season.
-Ends-
About Hyundai Motorsport GmbH
Established on 19 December 2012, Hyundai Motorsport GmbH is responsible for Hyundai’s global motorsport activities and primarily for its World Rally Championship programme.  Based in Alzenau on the outskirts of Frankfurt in Germany, the company embarked on its debut season in the FIA World Rally Championship in 2014 with a bespoke team of skilled staff and a brand new car, the Hyundai i20 WRC. The team made a strong impression in its first year claiming podium results in Mexico and Poland, as well as a memorable 1-2 in Germany. In its second season, the team was involved in a closely fought battle for second place in the Manufacturers’ Championship, adding more podiums and stage wins to its tally. For its third season in WRC, Hyundai Motorsport has developed a brand new car, the New Generation i20 WRC, which made its rally debut with a podium finish in Rallye Monte-Carlo in January 2016.
Further information about Hyundai Motorsport is available at: http://motorsport.hyundai.com
About Hyundai Motor
Established in 1967, Hyundai Motor Company is committed to becoming a lifetime partner in automobiles and beyond. The company, which leads the Hyundai Motor Group, an innovative business structure capable of circulating resources from molten iron to finished cars, offers top-quality best-sellers such as Elantra, Sonata and Genesis. Hyundai Motor has eight manufacturing bases and seven design & technical centers worldwide and in 2015, sold 4.96 million vehicles globally. With more than 100,000 employees worldwide, Hyundai Motor continues to enhance its product line-up with localized models and strives to strengthen its leadership in clean technology, starting with the world’s first mass-produced hydrogen-powered vehicle, ix35 Fuel Cell.
More information about Hyundai Motor and its products can be found at: http://worldwide.hyundai.com or http://www.hyundaiglobalnews.com