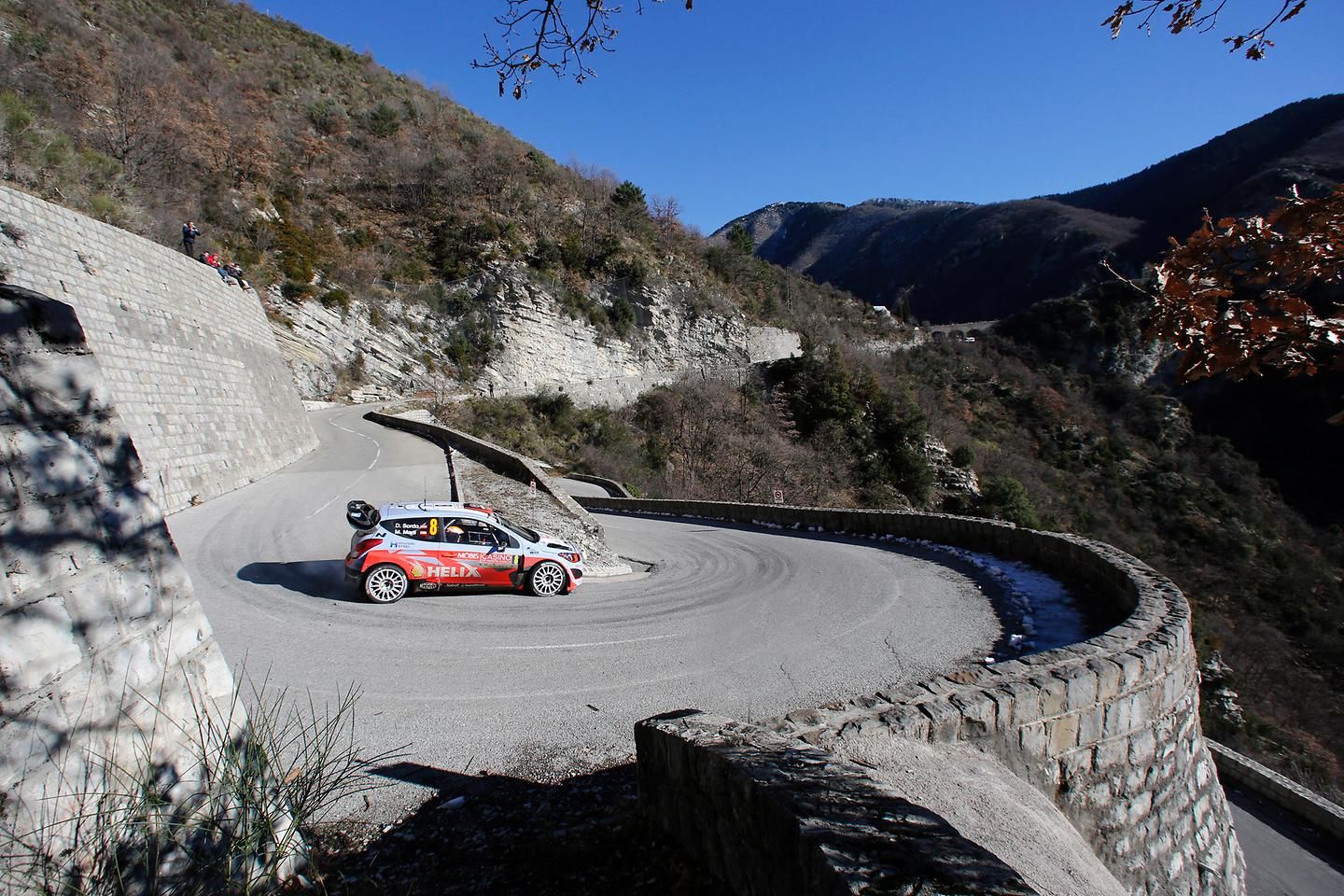 - Hyundai Motorsport has brought the opening round of the 2015 FIA World Rally Championship to a positive conclusion with both cars finishing the rally in the top six
- Thierry Neuville and Dani Sordo were involved in a fierce fight for fifth place with Neuville taking the honours on the final stage by 0.8s
- Hyundai Motorsport has achieved its objectives for this season-opening rally by securing a two-car finish, demonstrating a significant improvement compared to twelve months ago.

January 26, 2015 – Hyundai Motorsport has secured a positive two-car finish in this weekend’s Rallye Monte-Carlo, meeting its pre-event objectives for the first event of the 2015 FIA World Rally Championship (WRC).

The Hyundai Shell World Rally Team drivers Thierry Neuville and Dani Sordo have been embroiled in one of the closest battles of the entire rally, as they fought for fifth place right up to the final stage of the rally (SS15 - Col St. Jean-St. Laurent – 10.16km). Just 0.2s separated the team-mates heading into the Power Stage but it was Neuville who eventually took the position by 0.8s.

For Neuville, the result actually represents his first ever finish in Monte-Carlo. The Belgian has made steady improvements over the course of the rally, gaining more and more confidence with each day. Third place in Saturday’s 36.85km Sisteron-Thoard stage led to fourth in the first run of Col St. Jean-St. Laurent and third quickest through the iconic Col de Turini (SS14 – La Bollène Vésubie-Sospel – 31.66km) this morning. A strong final push in the Power Stage secured him a well-deserved top five result in the opening rally of Hyundai Motorsport’s second season in WRC.

Neuville commented: “It feels great to have completed my first Rallye Monte-Carlo. It’s an unbelievable rally, really difficult and it is a real honour to have the opportunity to drive some of these fantastic stages. After the disappointment of last season, we wanted to take things a bit cautiously but I have gained more confidence with each stage and have really enjoyed myself today. It was a really close battle with Dani for the fifth place so I had to push a bit more in today’s stages. To get both cars to the end of the rally is the most important thing and it is a great team result. Hopefully, it is a good foundation for the rest of the season.”

Sordo has been in fight-back mode ever since he lost half a minute of time on the opening stage of the rally on Thursday, putting in some competitive stage times over the weekend. The Spaniard clawed back positions with a determined drive making his way into the top five overall at the end of Saturday. Third place in this morning’s opening stage allowed him to extend his lead over Neuville but the gap was reduced to 0.2s after SS14. He was eventually forced to settle for sixth place at the conclusion of the Power Stage, but it is still a very positive result for Sordo at the start of his second season as a Hyundai Motorsport driver.

Sordo said: “Our target was to reach the end of the rally with both cars, and we have achieved that so it is a good result for the whole team. The battle with Thierry was incredibly close but he was faster in the final two stages, so well done to him. We lost a bit too much time in the Col de Turini stage but sixth place is still a good result. The conditions have been really difficult on all days and we had a lot of ground to make up after losing time in the opening stage. I have tried to push where possible but it has been slippery and at times unpredictable, so we’ve also had to be careful. We have shown some good pace over the weekend and we can start this season in a much more positive way compared to last year.”

The team has adopted a steady and mature approach to this arduous rally, in which icy, slippery and muddy conditions have presented a real challenge to all drivers over all four days. A two car, top six finish shows a marked improvement in Hyundai Motorsport’s performance compared to last year’s Monte-Carlo rally – the team’s WRC debut – in which neither Hyundai i20 WRC made it past the opening day.

Team Principal Michel Nandan said: “I am very pleased to register a two car finish in this year’s Rallye Monte-Carlo and with both cars fighting for the top five. It has been a fantastic effort from Thierry and Dani. The team has performed at a high level throughout the weekend, and we have approached the rally with the correct mentality. The tricky conditions have meant difficult – and often late – strategy calls, particularly with the tyres, and we’ve coped well with these. Both drivers have gained confidence over the four days and we’ve set some decent stage times. We wanted a two car finish and we have achieved that with both cars in the top six, which is a great start to our second season in WRC.”