Final results for 2009 saw Hyundai Motor Company Australia posting its best-ever annual result since the brand was introduced to Australia back in 1986.

The result was all the more remarkable for the fact it was achieved in a market that contracted by 7.4% compared to the previous year, with 937,328 cars registered during 2009.

“HMCA’s results are at the forefront of what has been an outstandingly successful year for the brand globally,” commented Damien Meredith, Director of Sales Hyundai Motor Company Australia. “2010 promises to be another exciting year as Hyundai consolidates its presence with the arrival of the all-new ix35 compact SUV next month, with plenty more to follow.” 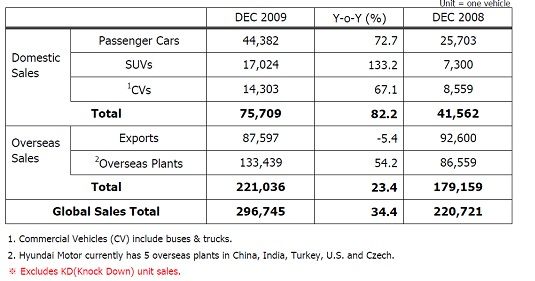