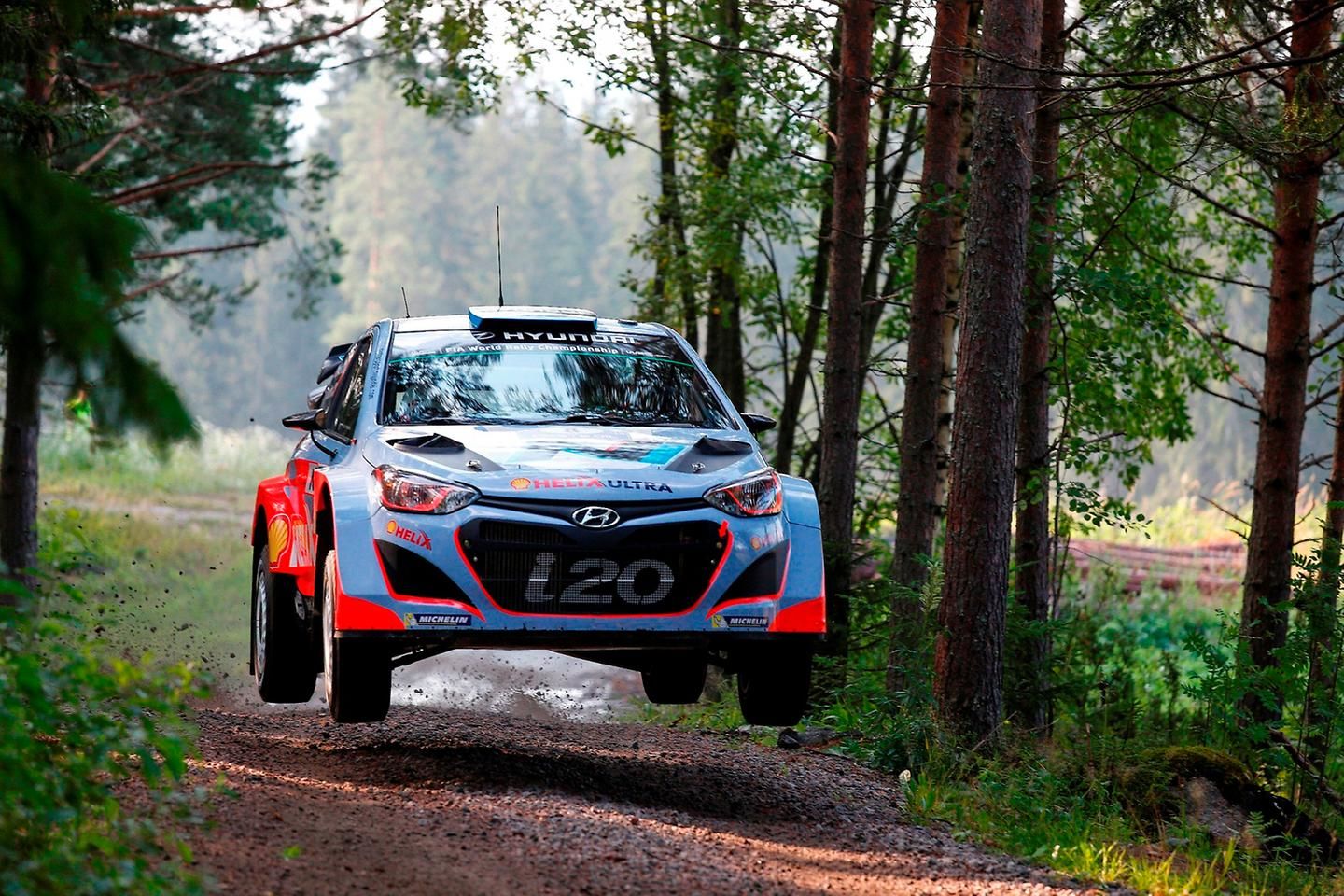 
Nov. 14, 2014 – Hyundai Motor is revving-up to entertain motorsport fans with its exciting Rally Zone at the final event in the WRC calendar this weekend. As the Official Car Partner of Wales Rally GB, Hyundai already has a major presence at the event and will wow spectators attending the weekend’s two RallyFest stages with its host of family-friendly entertainment.

At Chirk Castle, fans can view the excitement of the rally from the Hyundai Hot Air Balloon, while budding drivers can get behind the wheel of a full-motion Hyundai i20 WRC Rally simulator. Visitors to Kinmel Park can live out their rallying dreams in miniature as they take on Hyundai’s Racing Bug – a large scale scalectrix track.

Both RallyFests at Chirk Castle and Kinmel Park will also feature a technical presentation area where visitors can get a first look at Hyundai’s new road going i20 which will soon be the brand’s new i20 WRC car.

Tony Whitehorn, President & CEO, Hyundai Motor UK commented, “We will build on the excitement of the final WRC event, offering fantastic entertainment for rally fans and motorsport-loving families at the Hyundai Rally Zone. We’re proud of the Hyundai team’s performance this year and we can’t wait to share our passion with fans at both RallyFest stages.”

Throughout the weekend, Hyundai’s range of sophisticated and capable vehicles will be spread around the forest and RallyFest stages, with i30 and i40, plus ix35 and Santa Fe SUVs in the hands of Rally officials and FIA dignitaries.

The Hyundai Shell World Rally Team with an historic first and second place at the Rallye Deutschland this year will now head to the final round of 2014 FIA World Rally Championship with hopes of finishing off a successful season.


About Hyundai Motor UK
Hyundai has sold vehicles in the UK since 1982. In 2005, Hyundai opened its own UK subsidiary, Hyundai Motor UK Ltd, based in High Wycombe. Since 2008, the company has risen from 21st to one of the top ten car manufacturers in the UK and last year sold a record 77,500 vehicles. Hyundai Motor UK employs over 3000 people through its UK operations and dealer network.

Hyundai offers a full range of vehicles from the award-winning New Generation i10 city car through to the capable Santa Fe SUV and iLoad LCV. All passenger cars come with Hyundai’s industry-leading 5 Year Unlimited Mileage Warranty package. Further information about Hyundai and its products is available at www.hyundai.co.uk.

About Wales Rally GB
Since its inception in 1932, the rally has been run 68 times. Enforced stoppages have included World War 2, Suez Crisis (1957) and Foot and Mouth (1967). Wales Rally GB is the British and 13th and final round of this year’s FIA World Rally Championship (WRC). To date, it is one of only two events (along with Finland) to have retained its status as both a qualifying and scoring round of the WRC since the championship was established in 1973.

Wales Rally GB is held annually and is organised and promoted by International Motor Sports Ltd (IMS), the commercial arm of the Berkshire-based Motor Sports Association, the governing body of motor sport in the UK. The Rally has been branded Wales Rally GB since 2003 with the Welsh Government being the principal funding partner. A move north Wales in 2013, together with considerable financial investment, delivered a revitalised rally that was widely praised by all involved. The event’s official website is www.walesrallygb.com and provides regular news updates as well as a link to copyright-free images.