26 August 2019 - Hyundai Motorsport has enjoyed a strong finish to Rallye Deutschland, round ten of the 2019 FIA World Rally Championship (WRC), but had to settle for a best finish of fourth place after a weekend of mixed feelings.

Sunday’s itinerary was not a straightforward stroll through the vineyards for crews with 80km of special stages left to contest. A repeat loop of the 28.06km Grafschaft and 11.69km Dhrontal tests, the latter being run as the Power Stage, brought Rallye Deutschland to its conclusion.

Hyundai Shell Mobis World Rally Team crews were at the heart of the action on the final morning. Thierry Neuville and Nicolas Gilsoul led a Hyundai 1-2 in both runs through Grafschaft, ahead of their Spanish colleagues Dani Sordo and Carlos del Barrio.

Neuville won three out of the four stages on Sunday morning, including a masterful performance in the Power Stage for which he was rewarded with five extra points. In fact, the Belgian and Spanish crews have been on competitive form all weekend, taking eight stage wins between them and regularly competing inside the top-two.

Hyundai Motorsport remains at the top of the manufacturers championship with an eight-point advantage and four rounds of the 2019 season remaining: Turkey, Spain, Wales GB and Australia. Neuville moves up to second in the drivers’ standings on 172 points. 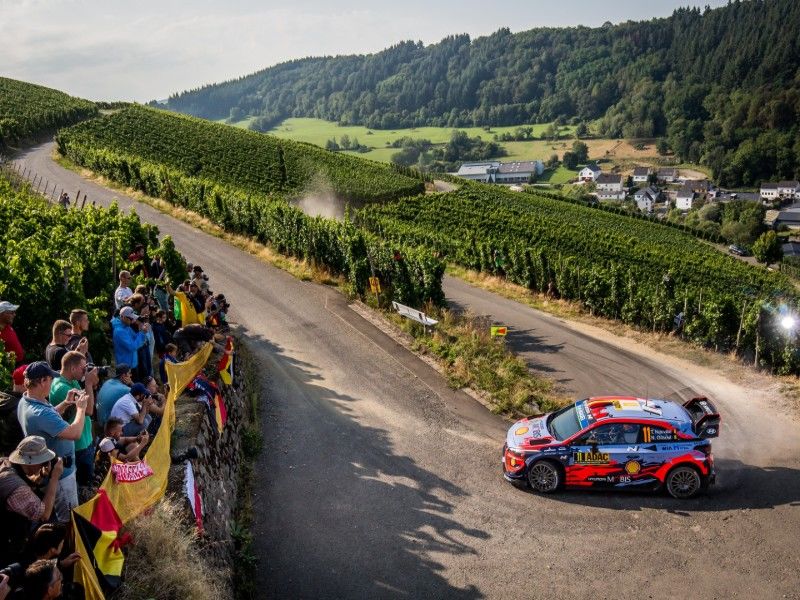 
Neuville said: “We have given absolutely everything possible this weekend. We have tried our hardest and I think we extracted the full performance from the car and ourselves. To be honest, we could have fought for the win this weekend but we were just unlucky with the puncture in Baumholder yesterday. It wasn’t just us to suffer with misfortune; it is part of the game and we have to accept it, however hard it is to take. I am happy to have completed the rally today. I had a good feeling in the car so I could give it a push in the Power Stage to add important points for our championship.”

Crew Notes: Dani Sordo/Carlos del Barrio (#6 Hyundai i20 Coupe WRC)
Sordo said: “Unfortunately, our rally was affected by the mechanical issue that we had on Friday. We could do nothing about that, and the team is very disappointed, but we have to look at the positive aspects of this weekend. The most important thing is the improvements made to the car performance on tarmac; we are now competitive and this is thanks to the hard work of the team. We were able to set leading times, including all stages on the final morning, which should give us plenty of optimism for future rallies.”

Crew Notes: Andreas Mikkelsen/Anders Jæger-Amland (#89 Hyundai i20 Coupe WRC)
Mikkelsen said: “For our first tarmac event of the season, it was never going to be an easy one but we have made progress. We have worked a lot on improving our feeling with the car, the driving style and adapting to the varied tarmac stages that we face here in Germany. We have taken some steps over the course of this weekend but it’s still not perfect. On the Power Stage, we just took it at a comfortable pace, making no mistakes and just doing what we needed to keep Ogier behind us on the overall classification.” 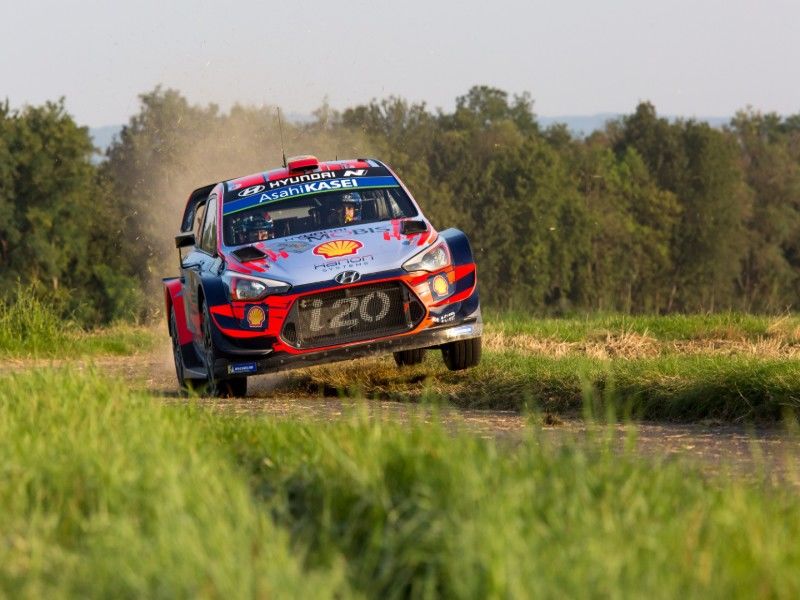 Team Director Andrea Adamo: “If you look at the final results, it could appear that we have not had the necessary performance this weekend. However, considering the overall car and crew package, we have shown competitive pace. Thierry and Nicolas were fighting for the lead of the rally before their puncture on Saturday. I don’t think anyone would have expected it to be so close prior to the start of the weekend. Dani and Carlos, too, have been on strong form. Without a reliability problem, they would surely have been in the mix. This is where we cannot be happy; it is another occasion where we have wasted a good opportunity. We have to be in control of our own destiny, and that means being high-performing and reliable in every single area of our operation. We can’t wait for others to have problems to get results. This is not how we should come rallying or racing. So, in summary, our car performance in Germany has been good but our team performance has not. We have to do better.” 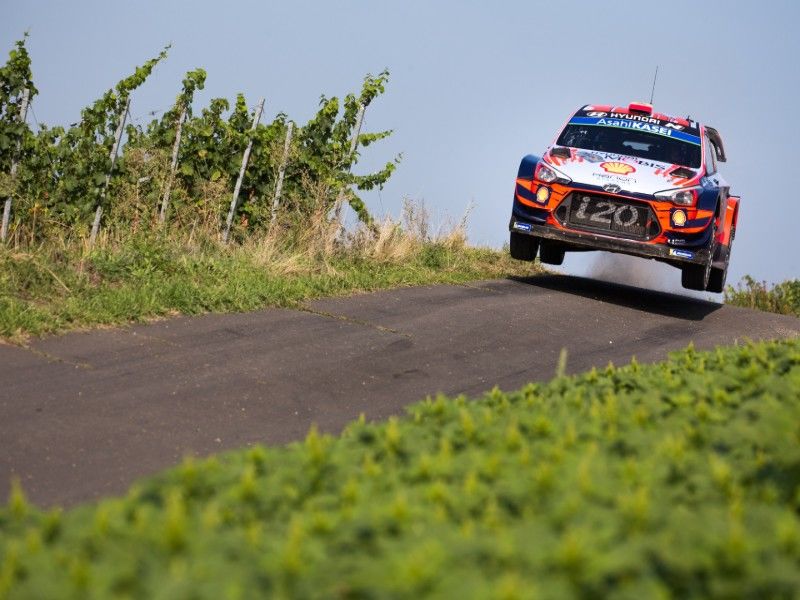 2019 FIA World Rally Championship for Manufacturers’ Standings (after round 10)

2019 FIA World Rally Championship for Drivers’ Standings (after round 10) 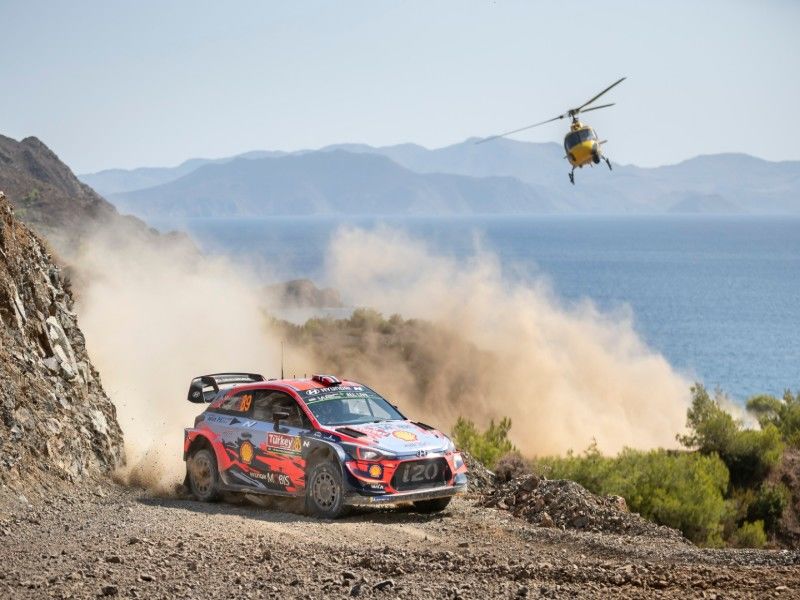