Hyundai Motorsport has secured a 1-3 finish in Rally de España to increase its lead in the FIA World Rally Championship manufacturers’ battle to 18 points with one round of the season remaining. It is the team’s fourth victory of the season (following Corsica, Argentina and Sardinia) and its first-ever in Spain.

Thierry Neuville and Nicolas Gilsoul secured their first victory since Rally Argentina with an emphatic performance in their Hyundai i20 Coupe WRC. The Belgians’ third win of 2019, and their 12th in total for Hyundai Motorsport, rounded out an extremely competitive weekend in Spain for the team.

Dani Sordo and Carlos del Barrio finished in third place, pipped only by Ott Tänak in the Power Stage, to score Hyundai’s third double podium of the season. Sébastien Loeb and Daniel Elena secured fourth after the 17 special stages. The result marks Sordo’s second top-three finish of 2019, his tenth in total for the team, and his first home podium since finishing second in 2016.

Two gravel stages – Riudecanyes (16.35km) and La Mussara (20.72km) - were each repeated on the final day, with close battles going right down to the Power Stage. Neuville picked up his fifth stage win of the weekend in the first pass of Riudecanyes, while Sordo set the fastest time in the subsequent two stages. All three Hyundai Shell Mobis World Rally Team crews took stage wins in Spain, a total of 11, underscoring the pace and performance of the car on gravel and tarmac.

Taking 40 points for first and third positions, Hyundai Motorsport has built up an 18-point advantage in the manufacturers’ championship with 43 available at the final round in Australia (November 14-17). Unfortunately, victory wasn’t enough for Neuville to keep his drivers’ title hopes alive, with Ott Tänak securing the title in Spain. The Belgian has, however, moved up to second place on 227 points. 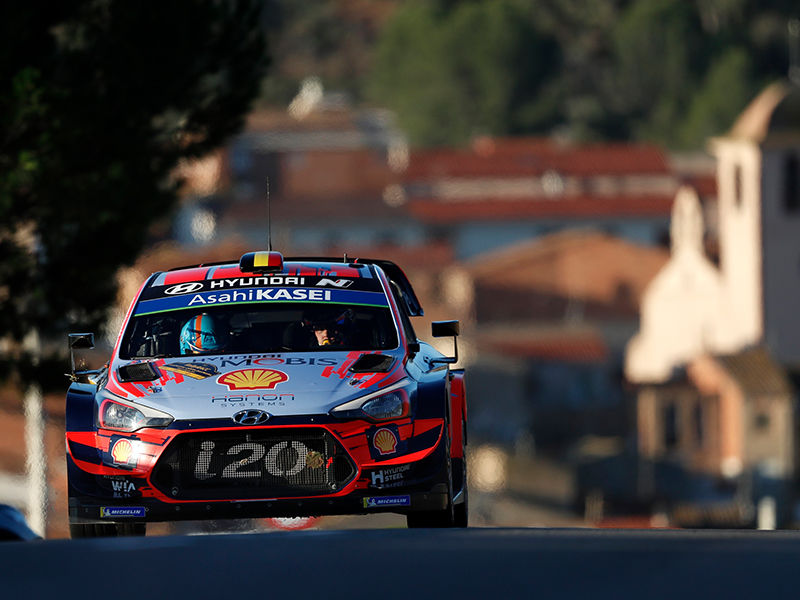 
Neuville said: “What a weekend! We have been consistently quick on all three days, and we did absolutely everything we could. It wasn’t enough to keep the drivers’ championship alive until Australia but my congratulations go to Ott for securing the title. Our focus now moves fully onto the manufacturers’ battle. We have taken good points this weekend, and increased our lead but there’s now a crucial rally to come in Australia to get the job done. The car has proven itself to be quick on all terrains in recent rallies, and we can head to the season finale in a positive frame of mind.” 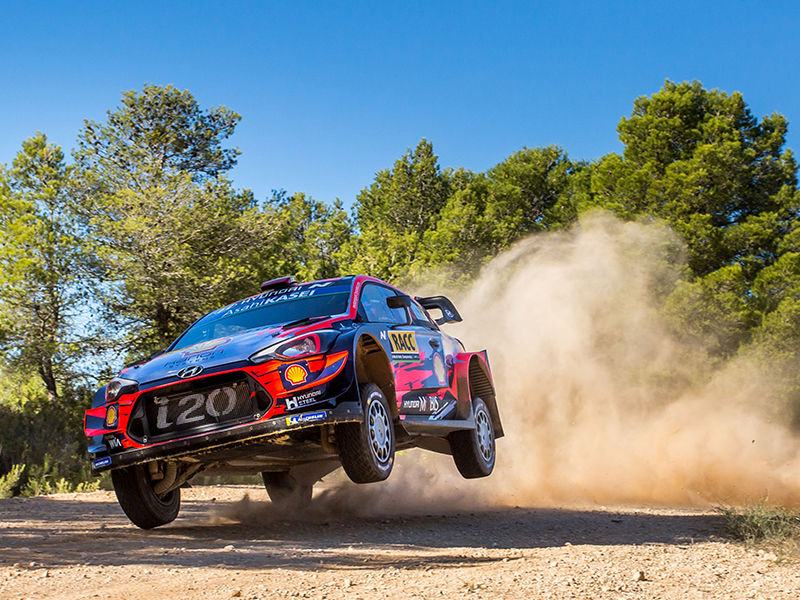 
Sordo said: “I am happy to finish on the podium in my home rally but of course we would have preferred to keep hold of second place. Ott was on a mission today, and we missed out by 0.4 seconds. A podium is always special but it’s even better with the support of the Spanish fans. We’ve had a competitive rally and for the team this has been an important result. Thank you to the team for giving us a car that has worked so well all weekend. These sorts of results don’t come just from the crews, it is a full team effort and they’ve all done a great job.”


Loeb said: “It has been a positive rally for the entire Hyundai Motorsport team. While our own performance has been a bit frustrating since Saturday, we took reassurance from Thierry and Dani’s pace. The Hyundai i20 Coupe WRC is a fantastic car on all terrains, as we have seen this weekend. We pushed as hard as we could today, but we just could not set the sort of times we’d have wanted. However, this is a team effort and we leave Spain with a lot of valuable points for the manufacturers’ championship, which sets things up as nicely as possible for the final round.” 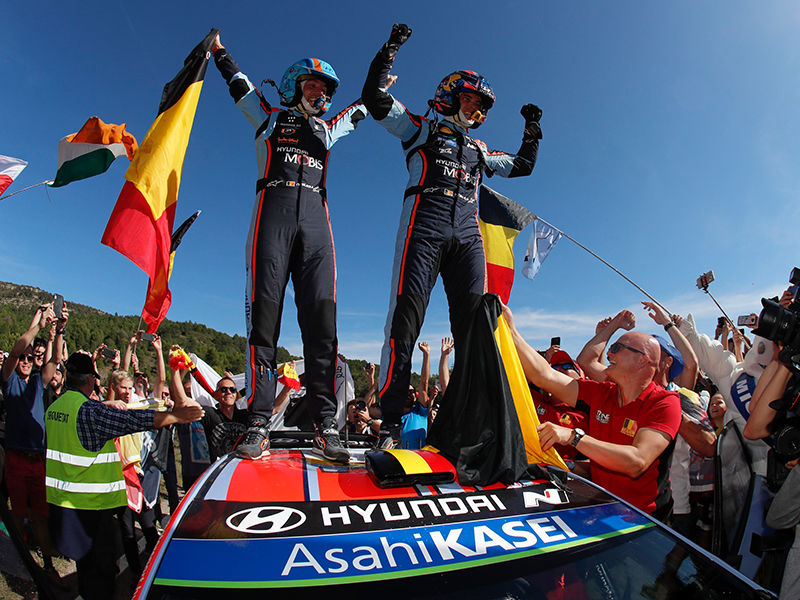 Team Director Andrea Adamo: “A 1-2 would have been better but a 1-3 is not bad. Thank you to Thierry and Nicolas for bringing the team to victory, without them we couldn’t have achieved the result we needed. They gave their absolute all. This result is a reward for the whole team's efforts in helping to catch up our performances throughout the season. Our car has shown its strength on gravel and tarmac this weekend, and we are now ready for the final fight. We’ve taken an important result today, but the final calculations will only be done after the Power Stage in Australia.”

2019 FIA World Rally Championship for Manufacturers’ Standings (after round 13)

2019 FIA World Rally Championship for Drivers’ Standings (after round 13)