Hyundai Motorsport has claimed a podium finish in this weekend’s curtailed Rally Sweden, the second round of the 2020 FIA World Rally Championship (WRC), with Ott Tänak and Martin Järveoja taking their first-ever top-three result for the team.

The Estonians finished the reduced nine-stage rally in second position overall in only their second event in the Hyundai i20 Coupe WRC. It represents the team’s second consecutive podium of the 2020 season, following victory in Rallye Monte-Carlo, and its sixth in total in Sweden.

Thierry Neuville and Nicolas Gilsoul took a measured approach to the rally, having started first on the road on Friday, and finished in sixth place. Craig Breen and Paul Nagle, in their third WRC event for Hyundai Motorsport, were just behind their Belgian team-mates in seventh.

Wet conditions greeted crews on the final morning after heavy overnight rain, maintaining the unusual climatic conditions that have dictated this year’s edition of Rally Sweden. Organisers took the decision on Saturday to reduce the final morning to a solitary pass through the 21.19km Likenäs stage, which acted as the Power Stage.

Pushing right to the end in an effort to add to his drivers’ tally, Neuville claimed second in the stage to take four additional points. The Belgian lies second in the standings, on equal points with Rally Sweden winner Elfyn Evans.

Tänak was fourth in the Power Stage to bring his points total for the weekend to 20 and move into sixth place on the drivers’ table. Hyundai Motorsport, meanwhile, has 63 points after the opening two rounds of the season and holds second in the manufacturers’ classification. 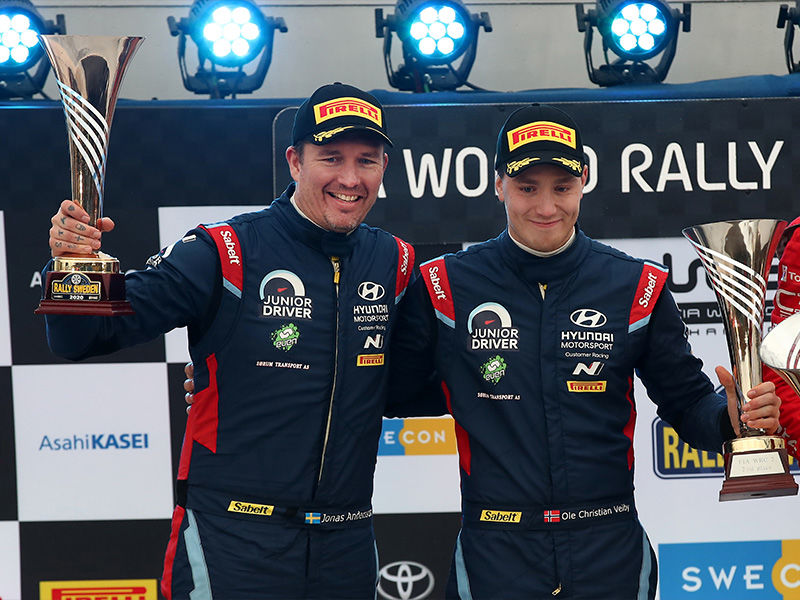 Tänak said: “I am pleased to take my first podium with the team, particularly considering the challenging conditions we’ve all experienced this weekend. There are certainly positives to take away. The car has shown it has the speed; we just need to learn more about it. After Monte-Carlo, it was important for us to complete the full event, to get some kilometres in the car, and to get some points on the board. We weren’t able to compete at the sharp end, but we are making good progress, improving all the time and finding more confidence in the car. Looking at things from that perspective, it has been a useful weekend.”

Neuville said: “We had only one target today, which was to try and optimise the situation and push for points in the Power Stage. It wasn’t quite enough to set the fastest time, and the conditions were incredibly tricky, just like they have been the entire weekend. It has been a tough rally, but we couldn’t have done much more. There were a few stages where we lost a few seconds here or there; I don’t think it would have changed the end result.”

Breen said: “It has been a difficult weekend and, personally, I am not happy with my result. I have enjoyed being back in a WRC car immensely, don’t get me wrong, but it’s hard not to be up there fighting for podiums and wins. The weather and road order have been against us and it’s a pity we’ve had short loops. That’s made it hard to make much of an impression. Today we’ve seen completely different conditions again, with a lot of standing water, so there were no heroics; the priority was to bring the car home, which we did, and to support the team as best we could.”


Team Principal Andrea Adamo: “For WRC, I can’t say we are happy. We have highlighted again that there are situations in which we are not demonstrating the level of performance required. We have never really been in the fight and always had a defensive approach. At least we are still leading the drivers’ championship on the same points total as Evans, and we didn’t lose too much in the manufacturers’ so it’s still game on. I would like to say thank you to Jari Huttunen, his co-driver Mikko Lukka and the 2Brally team for an amazing overall win in RC2. Also, thanks to Andrew Johns from our Customer Racing division for always pushing to make this happen. I am proud to see my people so committed and if we won today it is thanks to him.” 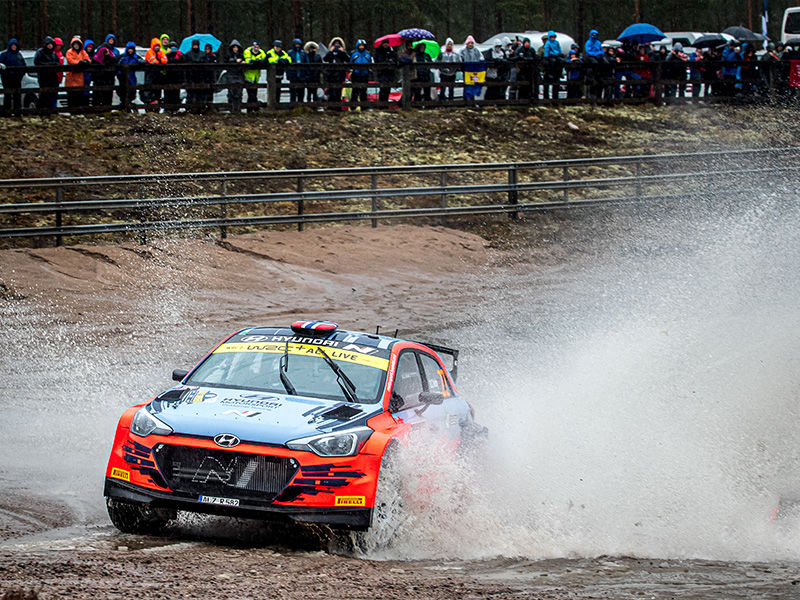