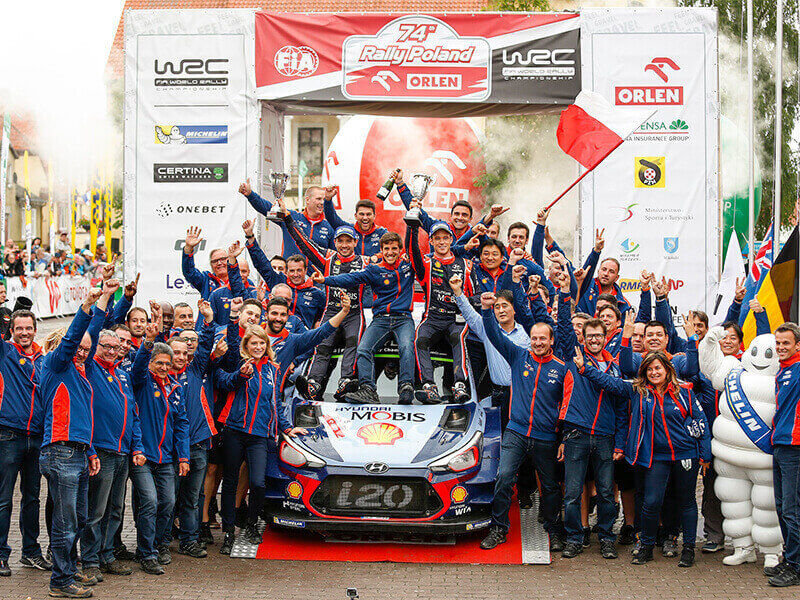 Hyundai Motorsport has registered its third victory of the 2017 FIA World Rally Championship (WRC) with Thierry Neuville and Hayden Paddon securing the team’s first 1-2 in WRC since Rallye Deutschland 2014.

Highlighting the strength of the team’s performance in Poland, 12 wins out of the 22 contested stages represents the greatest number of stage wins in a single event for Hyundai Motorsport.

Crew Notes: Neuville/Gilsoul (#5 Hyundai i20 Coupe WRC)
Neuville and co-driver Nicolas Gilsoul have now taken five WRC victories for Hyundai Motorsport. Victory in Poland is their third win of 2017 and their sixth consecutive podium. Consequently, Neuville has reduced the gap to Sébastien Ogier in the Drivers’ Championship to 11 points.

Crew Notes: Paddon/Marshall (#4 Hyundai i20 Coupe WRC)
For Paddon and co-driver Seb Marshall, second place is the crew’s first-ever podium in only their third event together. It is the first podium finish for the Kiwi since he finished third in Poland twelve months ago, and marks his best result since his win in Argentina in 2016.

Paddon said: “I can’t tell you how relieved I am with this result. It feels like a win after the season we have had so far. We have had some really difficult moments so to finish second as part of a fantastic team result is very special. It’s like a weight has been lifted. This morning’s final stages have required a lot of commitment to drive slowly and cleanly in tough conditions. We were focused on third place, but to take second, of course as a result of Ott’s misfortune, is an added bonus. We still have some speed to find compared to the guys at the front, but it sets us up nicely for Finland – and beyond. Finally, a word of thanks to Seb for a job well done this weekend, and congratulations to him for his first WRC podium.”

Crew Notes: Sordo/Martí (#6 Hyundai i20 Coupe WRC)
Sordo and Marc Martí bounced back after a disappointing Rally Italia Sardegna to claim their fifth top-four result of 2017. It was a typically consistent performance from the Spaniards which saw them complete the rally 26.6 seconds from third-placed Sébastien Ogier.

A new benchmark
Hyundai Motorsport had set out a clear intention for a strong team result in this weekend’s Rally Poland. A 1-2-4 finish not only achieves that objective, but also in the process has set a new benchmark for the team in terms of its best-ever combined result. The team has reasserted its intentions in the Manufacturers’ Championship, closing the gap to M-Sport. 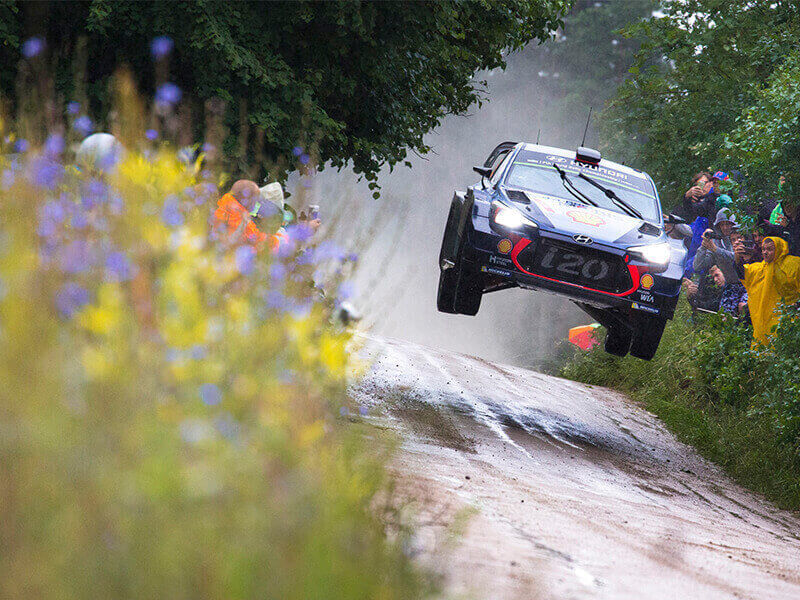 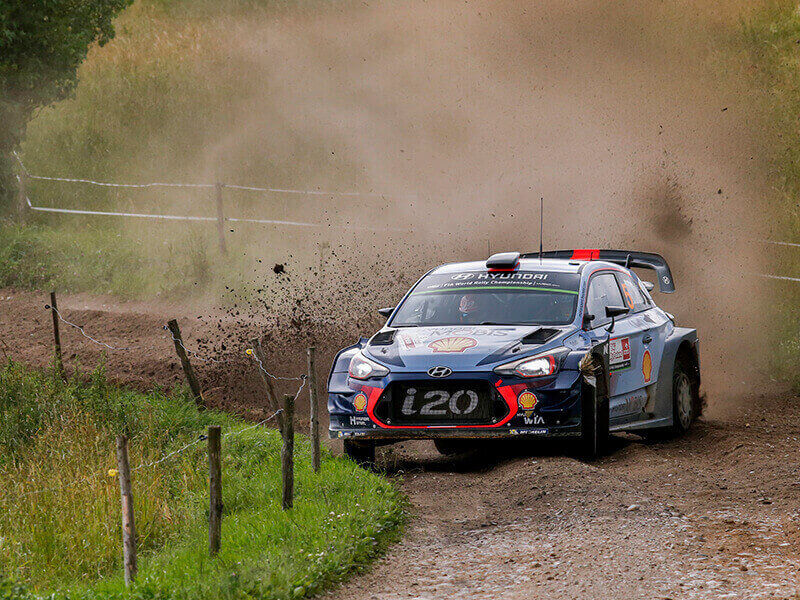