Hyundai Motorsport N showed further signs of progress at the Race SP, the third round of the FIA ETCR – eTouring Car World Cup, which took place on the weekend.

In the sweltering heat, with temperatures reaching nearly 40 degrees Centigrade on Saturday, each of the team’s Hyundai Veloster N ETCR drivers was involved in intense and competitive battles throughout the sessions at the Circuito del Jarama, a relatively unknown track to the team.

Both Norbert Michelisz and Jean-Karl Vernay qualified for the second Quarter Final session in Pool Fast. From pole position, Michelisz utilised his Power Up to see off a challenge for the lead of the race from the Romeo Ferraris car and went on to take a comfortable victory. In Sunday’s Semi Final, the Hungarian attempted to undercut from the outside lane at turn one, but was unable to overtake. A fantastic move on Jordi Gené elevated him to second place, which secured him a front-row start for the Super Final. Having maintained his place in the run down to the first corner, he was hit from behind and lost the position, finishing his weekend in third place.

Vernay was able to make a pass on Luca Filippi to bring home second in the Quarter Final. This placed him in the middle of the starting gate for the Semi Final: having made an even start, the Frenchman ended up sandwiched between the Romeo Ferraris on the start-finish straight and he dropped down to third. Feeling more comfortable with the car, he was challenging Filippi for position and inherited second place after the former’s retirement.

From fifth on the Super Final grid, he gained a place on the opening lap and fended off the cars behind to finish the race in fourth.

In Pool Furious, Mikel Azcona set the third fastest lap to secure a place in the first Quarter Final session. Running in third, he applied pressure to the Cupra ahead and capitalised on a small mistake to move into second place. At the start of the Semi Final he slotted into second place, and elected to bring the car back safely to secure good points and a front-row start for the final race. After an attempt around the outside to challenge for the lead of the Super Final, Azcona had to concede position. With no chances to overtake, the Spaniard had to settle for third place.

In his first-ever FIA ETCR event, Nicky Catsburg made a strong start to his Quarter Final to slot into second place. In a close fight, he was challenging for the lead until the final lap, when the car behind deployed its Power Up. The Dutchman did not have enough boost left to defend, and he finished third. A strategic move on the opening lap of the Semi Final saw him save his Power Up boost for the exit of the corner. This allowed him to overtake both cars ahead to snatch the lead of the race and claim his first victory in the series. He started the Super Final in fourth and was involved in a race-long battle for position, but was able to reclaim his place and cross the line behind his team-mate Azcona. 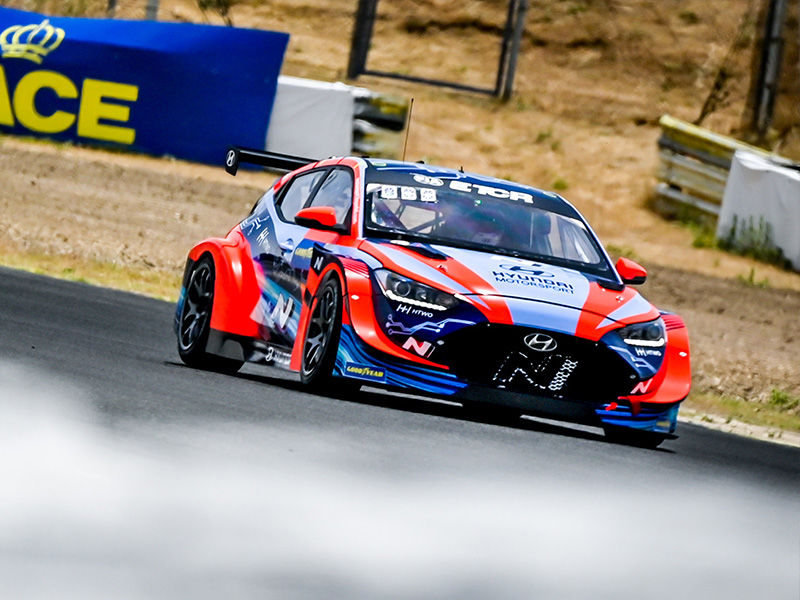 Mikel Azcona said: “It’s been tough but we’ve enjoyed some close battles with our rivals here in Race SP. I expected the results to be a little bit better at my home track and in the end, it was a very similar weekend to my team-mates. We made some positive steps with the car which is very interesting for the next races. We just need to keep working like this and we will finish in a very good position. Step-by-step we are going in the right direction and we have a great car in the Hyundai Veloster N ETCR. We have scored important points for the title fight this weekend and we are still third in the standings, so there are a lot of positives to take away.”

Norbert Michelisz said: “My weekend was good, the best so far this season - but it wasn’t easy with the heat. We improved the balance of the car in every session, so I’m happy with the progress. My overtake in the Semi Final was one of the highlights for me. I feel we have done a solid performance at Race SP, however I am still missing a bit of pace. We know where we need to improve and I’m confident we will get there. I’m a bit sad to not have finished in second in the Super Final, but that’s life and we will come back stronger in the following events. I’m happy with the points I scored, but I would like to be a bit faster in the next events.”

Nicky Catsburg said: “My first weekend in FIA ETCR has been a steep learning curve. I really enjoyed my first event, this is unlike anything I’ve ever raced before. The beginning was hard and in the first Quarter Final, I didn’t really get to grips with the Power Up usage and I had to see how the other cars were doing it. I learned quickly and the Semi Final was better, and I was on top of it in the Super Final. I need to improve my 500kW laps in Qualifying a bit, but I’m looking forward to the next event in Belgium. It was fantastic to win my Semi Final race – I felt my collaboration and communication with the team really improved, and everything went right in that session.”

Jean-Karl Vernay said: “Race SP was maybe my most difficult weekend of the season so far. This year, when you see the level of our competitors, there is such a small margin – there is no room for error. I was able to bounce back from a difficult Qualifying and finish all the races. Towards the end of the weekend, I was really starting to get comfortable with the circuit and the car felt great. My best moment had to be my move on Spengler at the first corner in the Super Final: I was able to go up the inside and it was a great overtake. We are definitely making good progress.”

“We’ve made another good step forward here at the Race SP and were the second top-scoring manufacturer this weekend. Norbert really felt at home in the Hyundai Veloster N ETCR and it showed in his results, while Nicky very quickly got to grips with a whole new way of racing. Mikel’s home advantage made him formidable on track, and Jean-Karl made good progress and scored important points this weekend. We have closed the gap in the teams’ standings, and Mikel remains third in the drivers’ battle, so we depart Jarama in good spirits. There is still a lot of work we can do to improve even further, so we will use the break between now and the Race BE wisely.” - Hyundai Motorsport Director of Marketing and PR, Stefan Ph. Henrich said 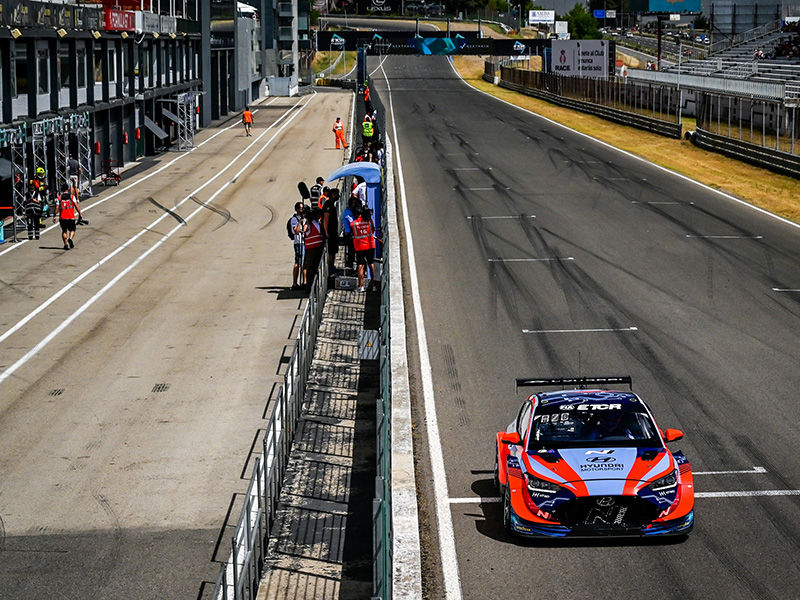 2022 FIA ETCR Manufacturers' Standings (after round 3)