Hyundai Motorsport heads to MotorLand Aragón for the second round of the 2021 PURE ETCR season on a mission to take the lead of the manufacturers’ standings and win the King of the Weekend crown.

Jean-Karl Vernay came close to that honour at the first round of the fully-electric touring car series in Vallelunga, topping the classifications in three of the weekend’s four Rounds and finishing second overall. John Filippi increasingly found pace with every session and ended the event as the second highest-scoring Hyundai Motorsport N driver. 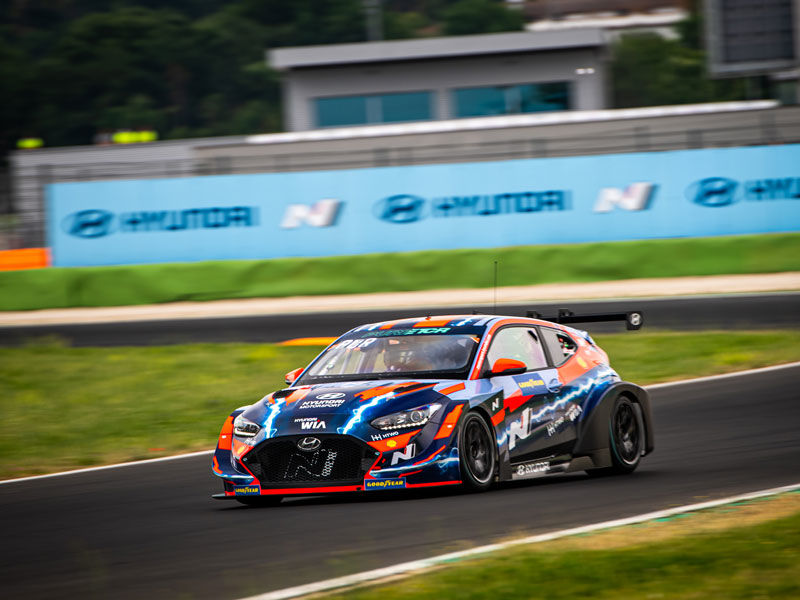 Augusto Farfus won his first Battle Round with the Hyundai Veloster N ETCR, and lined up on the front row of the Super Final A grid alongside teammate Tom Chilton in second. Both drivers were unfortunate to suffer separate on-track incidents that caused their retirement, with their positions in the drivers’ standings unrepresentative of the pace and performance they had shown during the weekend.

The team aims to build on this valuable experience from Vallelunga to ensure its drivers can fight for victory in every Round in Aragón. In the break between events, the team has been focused on finding gains to improve the overall performance of the Hyundai Veloster N ETCR package. 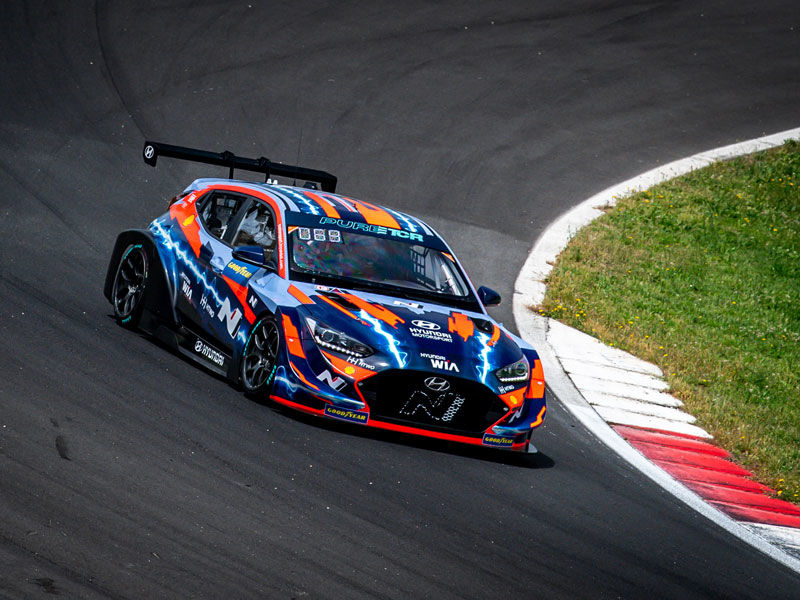 The second round of PURE ETCR takes place across four days on 8-11 July. The Draw on Thursday evening will split the drivers into their two Pools and determine the Battle groups for Round 1, held on Friday. The results of Round 1 decide the head-to-head Round 2 Battles for each Pool on Saturday. Round 3’s time trial takes place on Saturday evening and sees the cars head out one-by-one to try and set the fastest lap-time. This classification forms the grid for the Super Finals on Sunday. 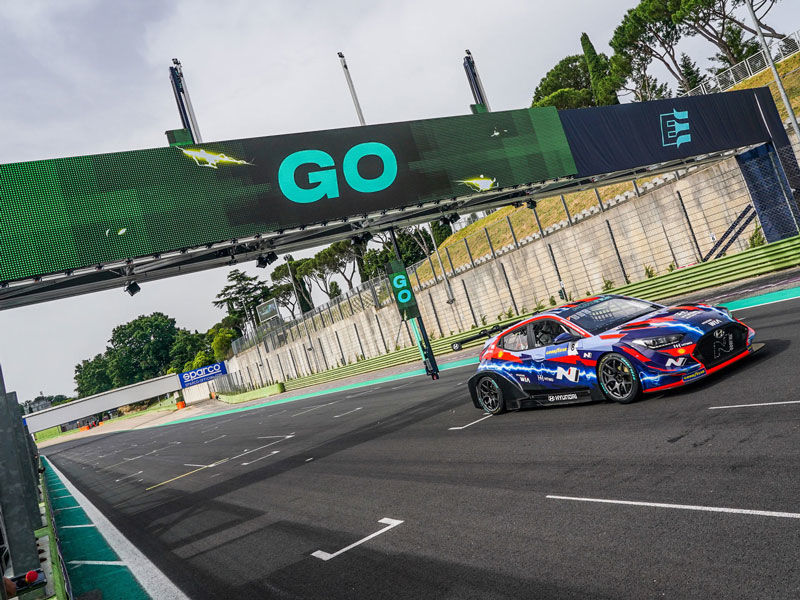 Hyundai Motorsport Director of Marketing and PR, Stefan Ph. Henrich said: “We learned a great deal from the first round of PURE ETCR, in which we saw incredibly close racing in every single Round. Our focus heading to Aragón will be on fighting for wins in the Battles and Super Finals and scoring as many points as we can. The team has been working hard to ensure the Hyundai Veloster N ETCR is an incredibly competitive package; we have four strong drivers in Jean-Karl, John, Augusto and Tom, with each of them capable of being crowned King of the Weekend in Spain.”

Jean-Karl Vernay said: “Vallelunga was a good first round for us. Even though we weren’t very lucky with how the Draw went, we scored some important points. Hopefully in Aragón we can start the Round 1 Battle in a better position and try to do the ‘Grand Slam’ and be first in all four Rounds. That’s the target, and I know everybody is super motivated to make sure Hyundai Motorsport is the first champion of PURE ETCR. For me it is going to be challenging weekend on both PURE ETCR and WTCR duties. I will have to adapt very quickly to both cars to be competitive but I am more than ready for it.”

John Filippi said: “Vallelunga was a steep learning curve for everyone and I expected to show better pace, but it was good to bring home important points for myself and the team. I feel ready to take everything I’ve learned and put it into practice in Aragón. Every time I get in the Hyundai Veloster N ETCR my confidence is growing and I think I have found a good rhythm with the car. My target is to win my Battle Rounds and fight for victory in the Super Final.”

Augusto Farfus said: “I’m very much looking forward to Aragón. In Vallelunga we showed strong pace with the Hyundai Veloster N ETCR and I think we can approach this next event with a smile on our faces. I’m loving the challenge of the new championship, the format is completely different to anything I’ve competed in before. We have done a lot of homework after the first PURE ETCR round so I am sure we are going to arrive in Aragón as competitive as ever.”

Tom Chilton said: “I’m hoping to be slightly luckier this weekend in the Draw, which proved to be incredibly influential in my weekend in Vallelunga. I feel I was really able to demonstrate what I could do with the Hyundai Veloster N ETCR in the time trial and Super Final Rounds, but in the Battle Rounds I was disadvantaged by starting on the outside. We all learned a lot from the first event and I look forward to using that experience to fight for wins in Aragón.”