Hyundai Motorsport is fully charged and ready to do battle in the inaugural season of PURE ETCR, the all-electric touring car racing series, which begins with the opening round at Vallelunga this week (June 18-20).

Hyundai Motorsport’s participation in the all-new series marks the next step in its electric racing journey, which is the newest pillar of the company’s motorsport activities. PURE ETCR’s Vallelunga opener will also herald the competitive debut of the Veloster N ETCR, the first-ever electric car to be built by the Alzenau-based team.

PURE ETCR features an innovative racing format, with a focus on short, intensive sprints to the finish and increasing points awarded in every on-track session. A draw takes place on Friday evening to split the field into two pools at the beginning of the weekend, with drivers then divided into smaller groups to face off behind PURE ETCR’s impressive Starting Gate.

Rounds 1 and 2 are held on Saturday; in Round 1, three cars compete in a short race around a 1.75km configuration of the track which determines their battle group for Round 2. Round 3 on Sunday is a time trial, with cars heading out one by one in a bid to set the fastest time and claim the best starting position in the Finals. Six cars line-up to go door-to-door in each Final, competed on a longer track configuration at 3.2km, before the driver with the most points is crowned King or Queen of the Weekend.

Hyundai Motorsport will field four drivers in the debut season of PURE ETCR. Augusto Farfus and Jean-Karl Vernay, who proved invaluable assets in the Veloster N ETCR’s test and development team, will be joined by Tom Chilton and John Filippi for the first-ever electric touring car race. 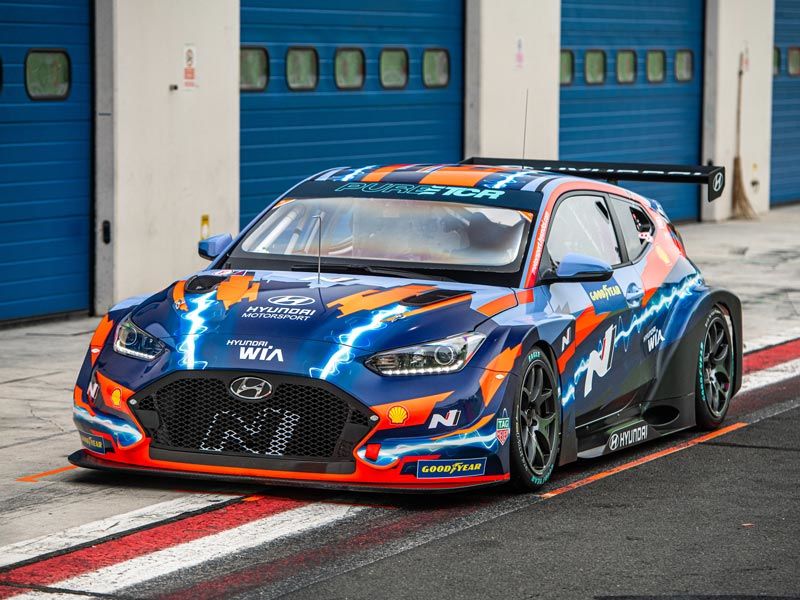 Hyundai Motorsport Director of Marketing and PR, Stefan Ph. Henrich said: “We are incredibly excited to take the next step in our electric racing journey thie week in Vallelunga, as PURE ETCR makes its debut. After almost two years of preparation and development, the whole team is looking forward to seeing the result of our hard work as the Veloster N ETCR is driven in competition for the very first time. There is still a lot for us all to learn, as we discover the nuances of the unique format, but we are confident we have created a competitive package in the Veloster N ETCR that will enable our drivers to compete for King of the Weekend at every single round.”

Augusto Farfus said: “It is a unique pleasure and honour to be part of this new championship. I’m a big fan of the concept and the technology behind the cars. I can’t wait! We have spent a long time preparing, it has been more than a year since I drove the car for the first time and now it is time to put on the show and see the outcome. It’s going to be a big learning curve for everyone – the teams, the championship, and also the drivers, but I’m looking forward to it and very thankful to Hyundai Motorsport for the support and trust to represent the Veloster N ETCR in this new racing series.” 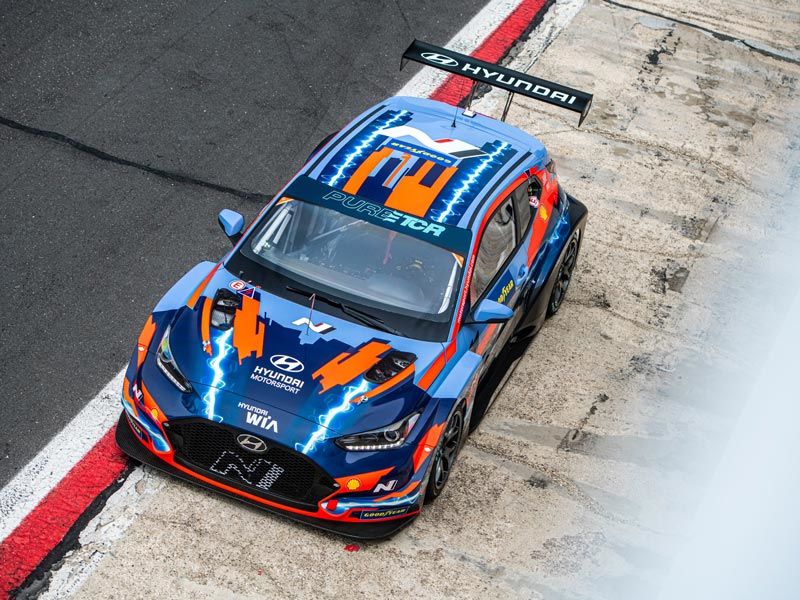 Jean-Karl Vernay said: “I’m really looking forward to the inaugural round of PURE ETCR, it’s very exciting. It will be interesting to see the new racing format in action and compare ourselves to the other brands in the heat of the battles. After the stress test in May, we have some idea how the PURE ETCR weekend will work but now the championship really starts and everyone is really excited. We have done a lot of tests over the winter so I can’t wait to see how it goes.”

Tom Chilton said: “I am really excited for the opportunity Hyundai Motorsport has given me to be competing in the first multi-manufacturer electric touring car championship. I have really enjoyed driving the car in testing. It’s incredible to drive on the limit and a lot of fun. It is very different to anything else I have driven but I’m really enjoying the new challenge of racing not only my first electric car, but my first races as battles like the FIA World Rallycross. I cannot wait to get racing for the first time at Vallelunga in Italy.”

John Filippi said: “This championship is the greatest opportunity that I have to challenge myself and I have a big chance to fight with very good drivers. This gives me a lot of motivation because I want to show what I am able to do with the Veloster N ETCR. It will be a difficult first race because we are all learning. It’s a completely new format and not like anything I’ve ever raced before, so we will need some time to adapt. I think we will get stronger with every session and finish at the top – this is the target, and I will work hard for this.”