Hyundai Motorsport has claimed a double podium finish in Rally Estonia, the seventh round of the 2021 FIA World Rally Championship (WRC), with Craig Breen and Thierry Neuville cementing a strong team result.

For Breen and co-driver Paul Nagle, second place matches their result from Estonia 2020 and equals their best performance for Hyundai Motorsport. Finishing just behind in third position, Neuville and co-driver Martijn Wydaeghe scored their fifth podium result of the season. 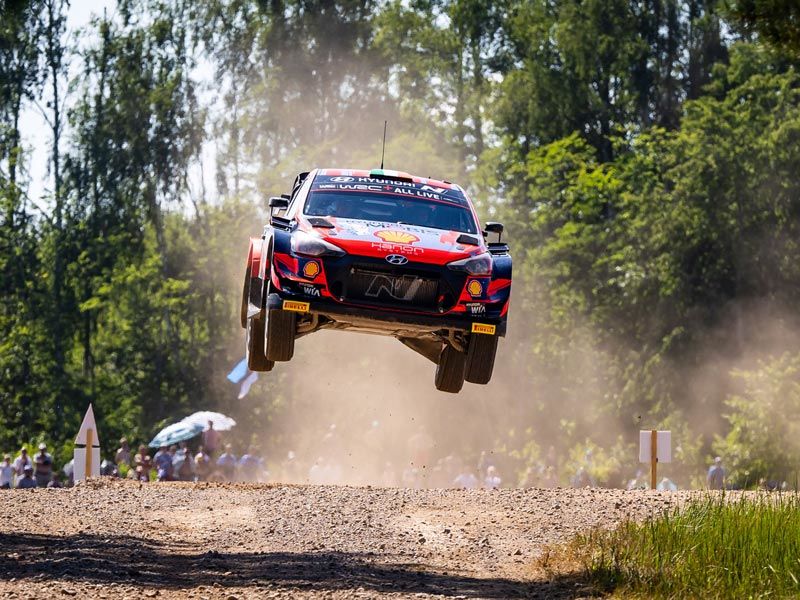 Estonians Ott Tänak and Martin Järveoja saw their hopes of a home victory dashed on Friday as they were forced to retire due to a double puncture in SS4, however there was no doubting their speed and talent on local gravel roads. The crew added a further four stage wins to their total on Sunday morning, including two tied with Neuville, to bring their total for the weekend to eleven.

The final day wasn’t without drama with six tricky tests left to run. A loop of three stages, including Neeruti (7.82km), Elva (11.72km) and Tartu vald (6.51km), was tackled twice, with the latter held as the all-important Power Stage. 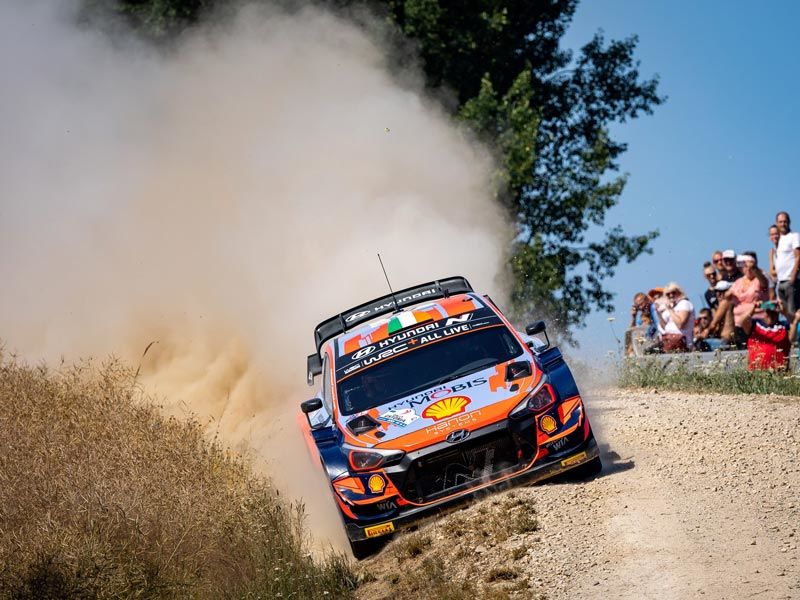 Neuville took four stage wins on Sunday, two of them equal with Tänak, to bring the team’s total to 18 for the weekend, underscoring the pace and performance of the Hyundai i20 Coupe WRC. The Belgian also experienced late technical drama ahead of the penultimate test, which caused him to check-in late into the stage and incurred a ten-second penalty. Thankfully, he had built enough of a buffer to Sébastien Ogier to hold onto his hard-fought podium result.

Tänak and Neuville led a Hyundai 1-2 in the Power Stage to add important points for the championship, with Hyundai Motorsport holding second in the classification on 256 points, 59 points from the lead and four rallies remaining. 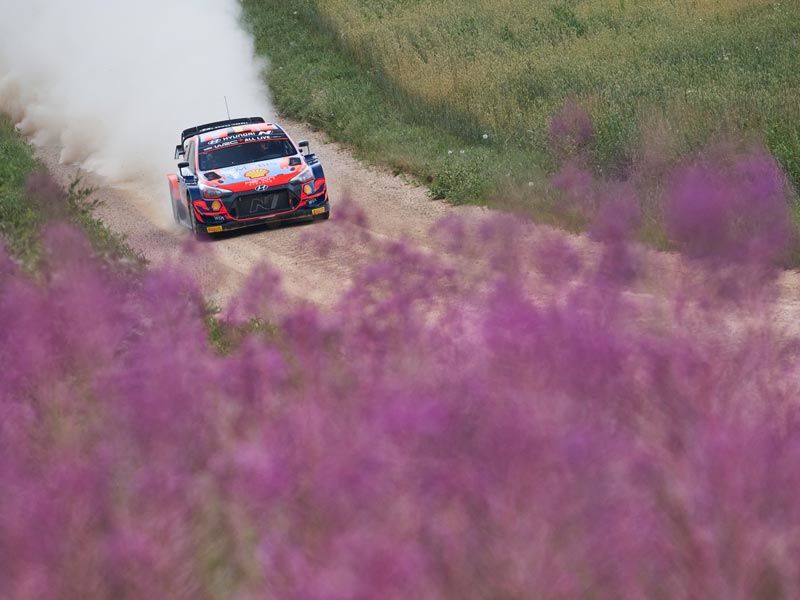 Breen said: “I am quite happy with how the weekend has gone, and I am satisfied with our performance. We have carried good speed throughout the stages. OK, it’s not been enough to match Kalle, but we were able to consolidate our second place and brought it home to the end. I’ve enjoyed myself immensely from start to finish. All I need is a bit more time to go that extra one or two percent that I know we have within us.”

Neuville said: “It has been a long weekend with 24 challenging stages – and a tough event for us. Our main target coming here was to keep our closest rivals, Sébastien and Elfyn, behind and we were able to achieve that. Obviously, it has not been enough to catch back the points gap, but we have edged a bit closer. From a team perspective, getting two cars on the podium is a positive to take away, and I can now look ahead to Ypres Rally Belgium, my home rally.”

Tänak said: “When you are not fighting for anything, it’s difficult to have the same focus as you usually would, so we have just concentrated on getting to the end of this rally. We were lacking time in the car because of our early retirement on Friday, but gradually we have made improvements over the past two days. We have been looking to learn some things, and I think if you look at the fact that we have taken some stage wins today – early on the road – I think we have found something. All in all, not the weekend we wanted but I have to say we’ve had some great support from the fans and we have had some new stages which have been interesting and at times demanding. We keep fighting.”

Team Principal Andrea Adamo said:“It starts to be a bit boring to keep saying the same thing, but at least this time we have two cars on the podium and good Power Stage points. We don’t lose anything more in the manufacturers’ championship, but we have to keep going ahead like this, improving in all areas. My thanks to Craig and Paul for a fantastic second place. Due to an electrical problem this morning, Thierry has not been in the position to make any further progress, but he has shown once again what kind of a fighter he is. Ott, too, has demonstrated his amazing speed, but that only makes his punctures on Friday even more regrettable. We look ahead to Ypres Rally Belgium and vow to keep up our hard work.”

2021 FIA World Rally Championship for Manufacturers’ Standings (after round 7).

2021 FIA World Rally Championship for Drivers’ Standings (after round 7). 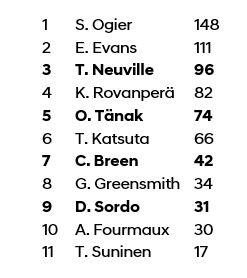