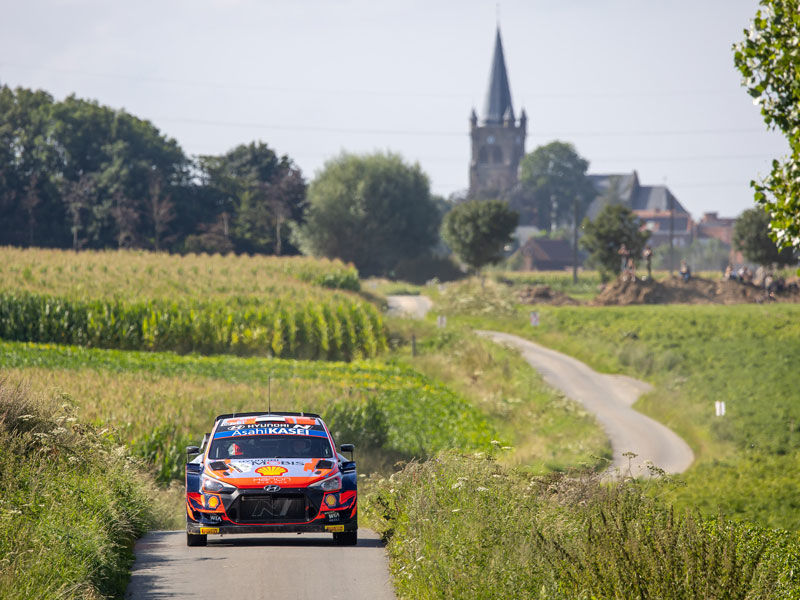 Hyundai Motorsport has registered its first 1-2 finish of the 2021 FIA World Rally Championship (WRC) with Thierry Neuville and Martijn Wydaeghe securing a fairytale first victory as a crew in their home event, Ypres Rally Belgium.

Craig Breen and Paul Nagle cemented back-to-back podium finishes for the team with an equally impressive run to second overall on a weekend where Hyundai Motorsport crews dominated. Ott Tänak and Martin Järveoja, in their first-ever participation at Ypres, finished sixth after a puncture on Saturday morning dropped the duo out of contention.

All three Hyundai Shell Mobis World Rally Team crews took turns to lead the rally with Tänak taking the first stage win of the weekend on Friday morning. Breen took over at the top for two stages before home hero Neuville assumed the advantage from SS4 (Zonnebeke), and never relinquished control.

On the final morning, the rally headed to the renowned Spa-Francorchamps circuit, nestled in the Ardennes forest, for four very different stages to those that held around Ypres. Sunday’s itinerary – including two runs of Stavelot (9.05km) and Francorchamps (11.21km) – was not without its challenges with crews needing maximum focus over the final 40.52km of the event.

A masterful and assured performance earned the Belgian crew their first win of the season, and Neuville’s 14th in total for Hyundai Motorsport. With Breen and Nagle putting in another competitive drive to second place, the team has scored important points for the manufacturers’ championship. Tänak added three more stage wins on the final morning – bringing the team’s total for the weekend to 15 – including maximum points in the Power Stage.

Hyundai Motorsport now has 307 points in the manufacturers’ championship, 41 behind the leaders, while Neuville has moved into joint-second place in the drivers’ table, equal on 124 points with Elfyn Evans. 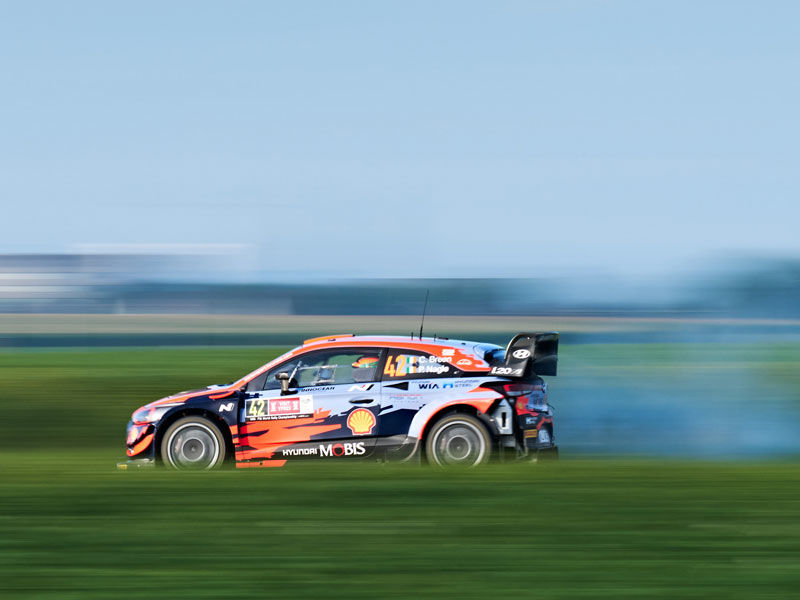 Neuville said: “We had a lot of pressure coming here but to be honest I have felt confident, comfortable, relaxed and in control all weekend. We were able to rely fully on the team and the car, which worked perfectly. It has been a pleasure to get this first win together with Martijn. It has been a long time coming, but it feels even better now. We knew we had to deliver here, not just because it is our home event but because of the need to score big points for the championships. It was really special to do that final stage at the nicest circuit in the world, just 15km from my hometown, with friends and family cheering us on and to be able to do some celebratory donuts. A fantastic weekend and a result to savour!”

Breen said: “To finish second here at Ypres as part of a Hyundai 1-2 result means a lot. Sometimes, there’s a lot of space in between our events, so we can struggle to get into a rhythm but two events in a row with two podiums is amazing. It definitely gives me more confidence going forward. We have all the ingredients around us to perform to this standard; it’s a pleasure and an honour to drive a car like this. Thanks to everyone in the team, my gravel crew, everyone in service, and to Paul; we’ve had a great package this weekend, and it’s been a lot of fun.”

Tänak said: “This has been a great, challenging event and a really good addition to the WRC calendar. Nobody has really been able to challenge Thierry and Martijn this weekend - congratulations to them - but now we have seen and experience the roads, we’ll be ready when we come back. It is a unique tarmac event, unlike any other; we can’t really compare it to Croatia or Catalunya, so it’s been important to learn it first-hand. All in all, while we haven’t got the result we wanted, it has been a successful event for the team, so we have some positives.”

Team Principal Andrea Adamo said: “We have been under huge pressure in recent months, so this result is very welcome. I have tried to shelter the team - my people - as much as possible, because they don’t deserve to work under stress. They have reacted to the situation very well, incredibly professionally, and have behaved as a team. I am proud of them all. This result is like an alignment of planets, sometimes it happens. To be the first time here in this beautiful event, with a tremendous atmosphere, to see Thierry win, with Martijn taking his first WRC win, at Ypres Rally Belgium is amazing. A true team effort.”

2021 FIA World Rally Championship for Manufacturers’ Standings (after round 8)

2021 FIA World Rally Championship for Drivers’ Standings (after round 8)