Hyundai Motorsport has taken its second victory of the 2020 FIA World Rally Championship (WRC) with an assertive 1-2 result in Rally Estonia, the fourth round of a revised calendar. 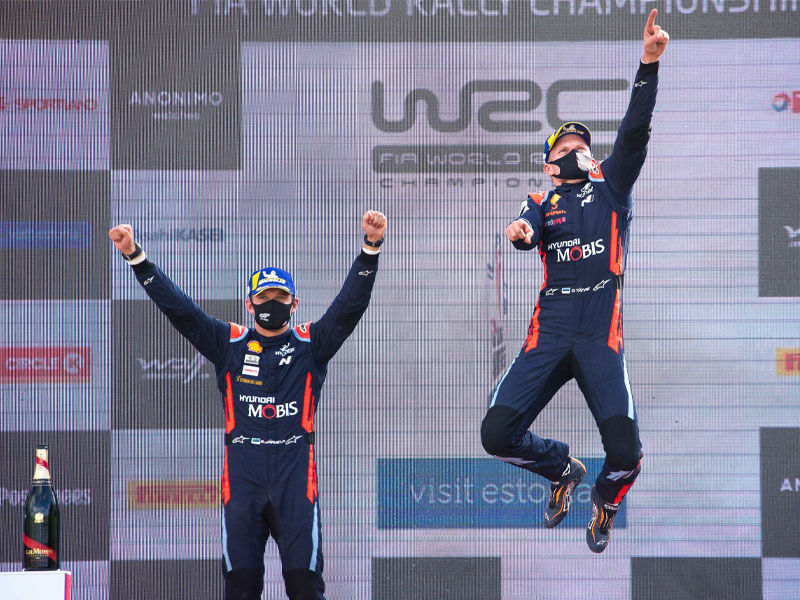 The return of WRC following an enforced six-month hiatus due to the ongoing global pandemic has been an important for the championship. Hyundai Motorsport extends its thanks to the WRC promoter, to all those involved in Rally Estonia and to the loyal fans around the world for their support from home 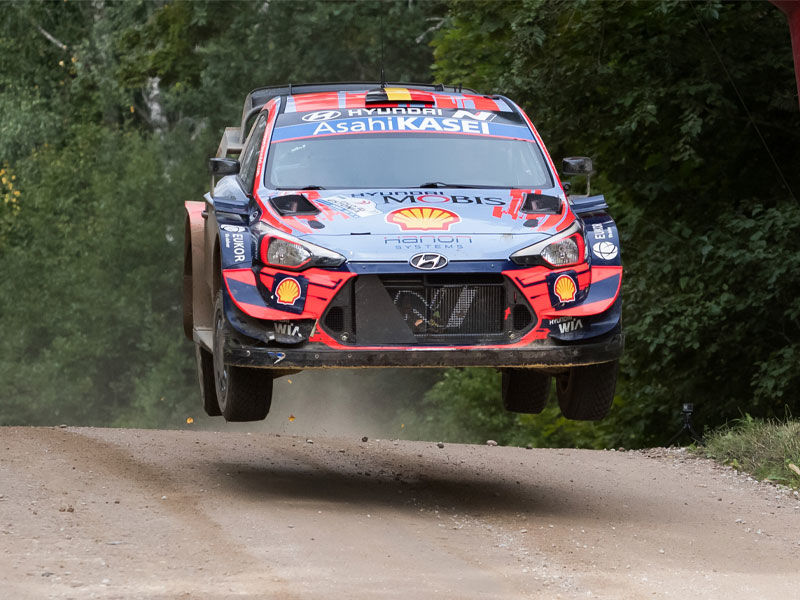 “I am happy to take this first win for Hyundai Motorsport. It means a lot, especially in my home event. There was a lot of pressure this weekend, to be honest, and moments of stress which are now relief! The first WRC event in Estonia was one that I had to win, while also knowing it would be my first with Hyundai Motorsport. It was extremely important to bring it home. I couldn’t afford any mistakes, taking no risks but also performing with the required pace to win; bringing all of that together was a real challenge. We had to use this chance to catch back points for the championship, and thankfully we were able to use it well. My thanks to the whole team, who have all been working very hard during the past months; it’s been a truly great job and we must keep on pushing because we’ve shown what we can achieve.”

“What an incredible weekend! I took it easy in the Power Stage, to make sure we made it through safely. I probably didn’t mean to take it that easy, but this is a great result. From the opening kilometres of the rally, everything just clicked. The car has done absolutely everything I’ve asked of it and has given me the confidence I needed. The man beside me, Paul, has done a fantastic job and I’d like to thank everyone who has made this possible. I feel like I’m starting my career all over again; I’ve certainly not forgotten how to do it and I want to do it even more!”

“It has definitely not been our weekend, and we didn’t really deserve it to be honest. Our target today was to salvage some points from the Power Stage, but we had an issue ahead of the start, which meant we couldn’t drive at speed. The issue on Saturday was also unfortunate as we were kicked out of the line and hit something on the outside. We saw the videos from other crews at the same place, and it was similar for everyone, it was just we lost a wheel. Disappointing but the next one will be better.” 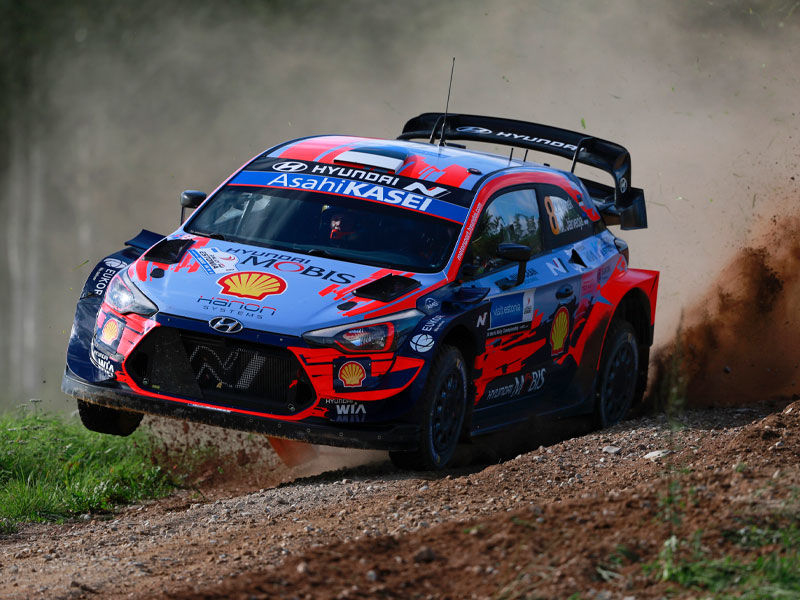 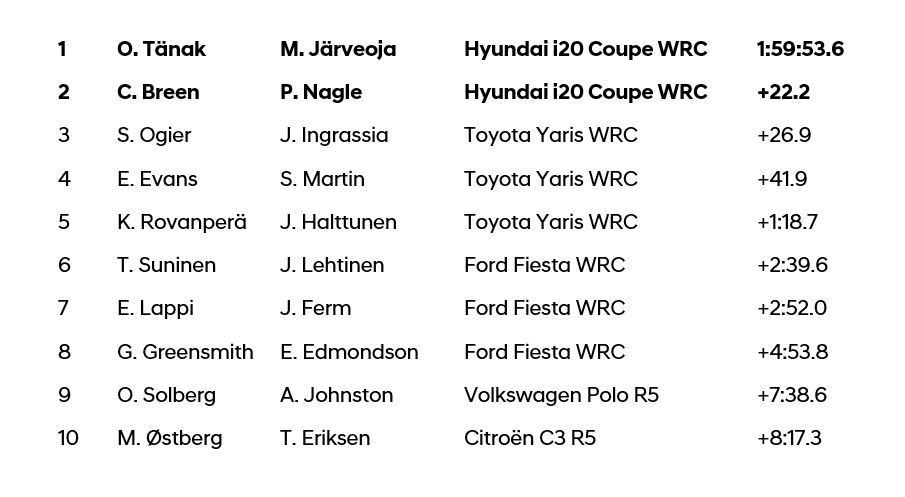 2020 FIA world rally championship for manufacturers’ standings (after round 4)

2020 FIA world rally championship for drivers’ standings (after round 4)