In one of the most electrifying WRC finales in memory, Hyundai Motorsport has claimed a stunning victory in Rally Argentina, the fifth round of the 2017 FIA World Rally Championship (WRC), with Thierry Neuville and Nicolas Gilsoul.

Epic showdown
After a torrid start to the rally on Friday, the #5 crew of Neuville and Gilsoul began an epic fight-back on Saturday to reduce the gap to rally leader Elfyn Evans. From one minute down at the start of the second day, they started Sunday’s three stages with just an 11.5-second deficit. With an incredible stage win in SS17 (Mina Clavero – Giulio Cesare), the duo reduced the gap to just 0.6-seconds.

Crew Notes: Neuville/Gilsoul (#5 Hyundai i20 Coupe WRC)
Neuville and Gilsoul took a total of five stage wins over the Rally Argentina weekend as they put in an impressive comeback. Today’s win represents their fourth WRC win as a Hyundai Motorsport crew and the first time they have won twice in a single season. Victory in the final El Condor stage also continued Neuville’s unbroken run of Power Stage points this year, which now totals 19.

Crew Notes: Paddon/Kennard (#4 Hyundai i20 Coupe WRC)
Paddon and Kennard had little in the way of good fortune this weekend, in an event that they impressively won twelve months ago. Today’s Power Stage may have been reminiscent of their experiences from 2016, but their own result was a stark contrast. Two stage wins on Friday were a highlight of a tough weekend.

Crew Notes: Sordo/Martí (#6 Hyundai i20 Coupe WRC)
Sordo and co-driver Marc Martí were unable to recover from their huge 11-minute deficit on Friday after breaking a steering arm on SS3 (Amboy / Anta Monica). Starting first on the road on Saturday and the opening stages of Sunday meant the Spanish crew could only focus on bringing the car home. A puncture on the Power Stage only compounded their frustrations.


One to remember
Hyundai Motorsport is proud to have played a part in one of the WRC’s closest finishes of all-time. Argentina becomes the first rally where it has taken repeat victories with a Power Stage finale just as nail-biting as it was in 2016. With this result, the team has strengthened its grip on second place in the Manufacturers’ Championship.

Next Rally
The WRC will now return to Europe for Rally de Portugal, which takes place from 18-21 May, the second of five consecutive gravel events. 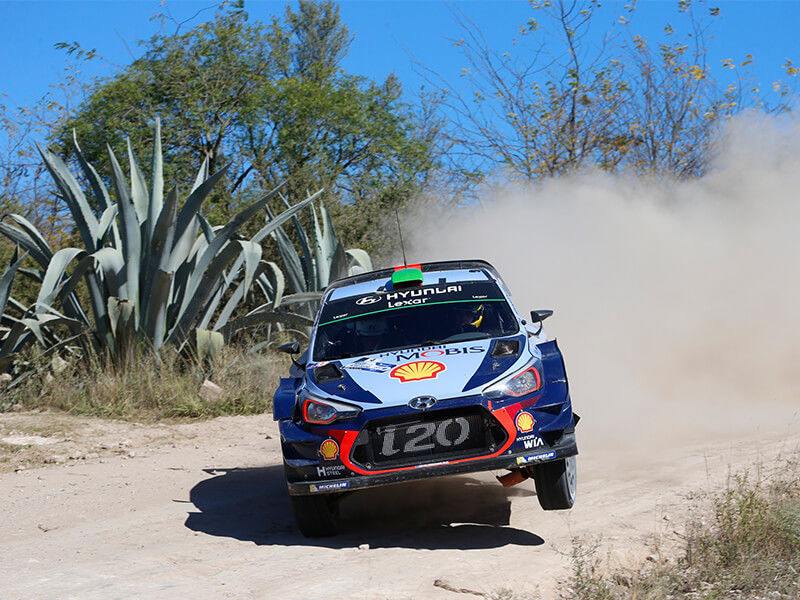 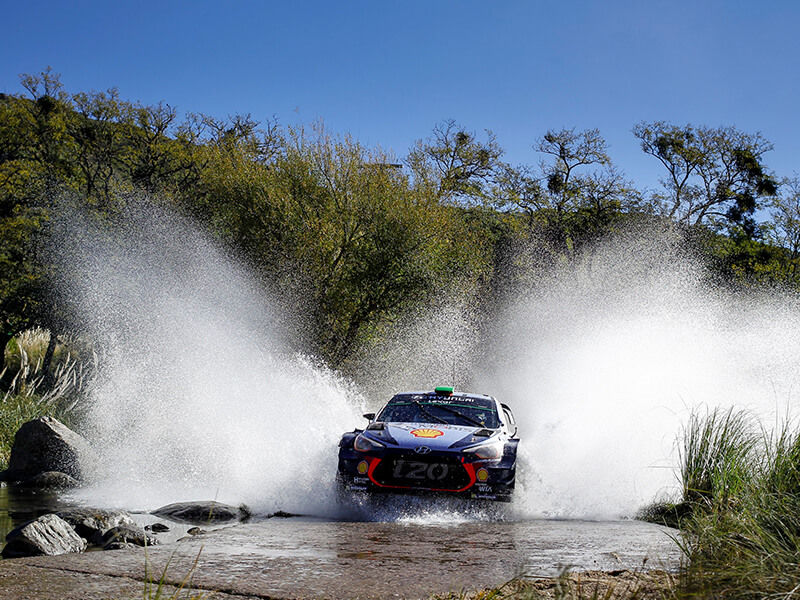