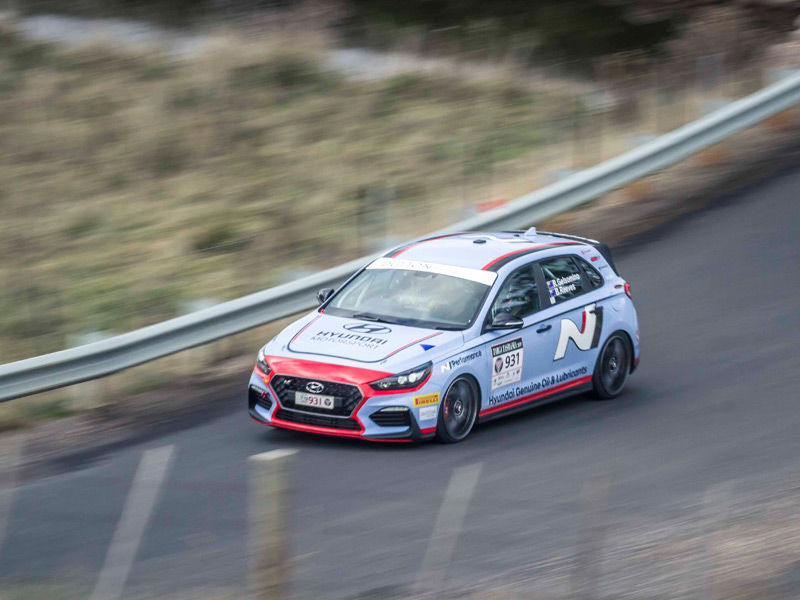 Underlining the significance of the result are the expensive, high-profile sports cars that finished ahead of – and behind – the i30 N in this, the Hyundai Motor Company’s first factory entry in an officially sanctioned Australian motorsport event.

Reeves with sister Rhianon Gelsomino as co-driver was quick to start moving up the order on day one, leaving exotic machinery in the wake of his tarmac rally i30 N on the punishing yet picturesque Holwell, Kayena and George Town stages.

By day three, Reeves and the i30 N had a firm grasp on seventh in the GT2 class and 18th overall in the 28th running of Australia’s premier tarmac rally event, with no sign that his charge would relent as he continued to pick off fancied marques.

Rain early on day four played perfectly to the strengths of the i30 N, allowing Reeves to move up to sixth in the GT2 class, utilising the driver-adjustable adaptive suspension settings to soften the dampers and make corresponding gains in bite and stability in the reduced-grip conditions. 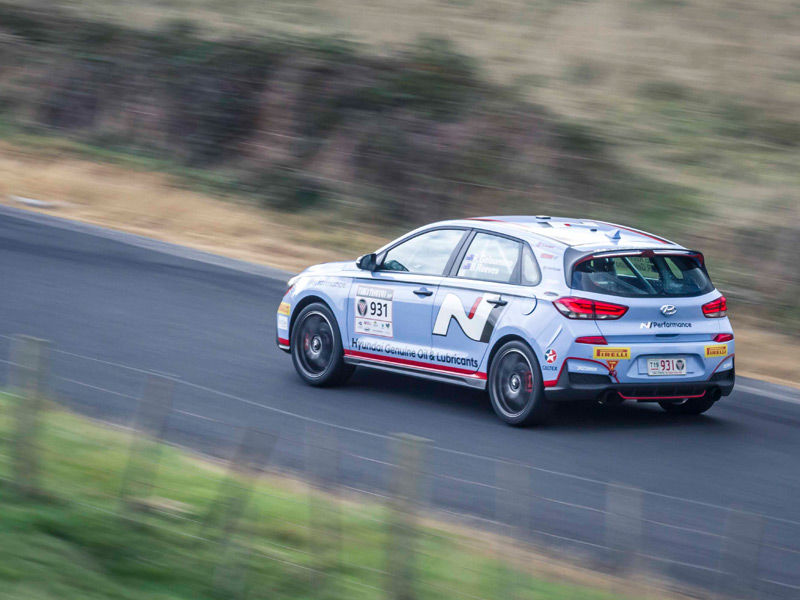 “For the wet stages I was also driving with the ESC in Sport mode which was really good, when the rear was sliding around in the slow corners the ESC was catching it, giving me more confidence to push on in the tricky conditions,” Reeves said.

“It was the first time I’d driven the i30 N properly in anger in the wet and we found quite a bit more pace compared with everyone else in the GT2 class. The cars we’re up against are so fast, so it was good to capitalise in the wet, and rein them in a bit.”

As well as securing a stellar sixth in the GT2 class the i30 N was the highest-placed front-wheel drive car, with a Lotus Exige Sport 350, Dodge Viper ACR Extreme, Chevrolet Corvette ZR1 and Porsche 911 GT3 RS for company at the top of the class, each of them more powerful and many times more expensive.

Behind the i30 N were such exotics as a Porsche 911 GT3 RS and Cayman GT4, a Chevrolet Corvette Z06, a BMW M2 Competition, a Ford Mustang Shelby GT, and a Dodge Viper ACR Extreme. 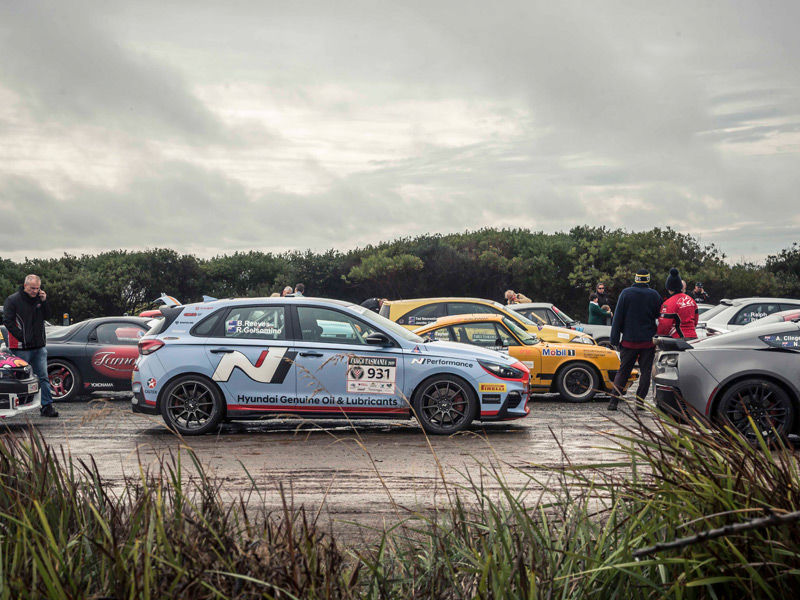 “We are thrilled with the i30 N and Brendan Reeves’ giant-killing Targa Tasmania result, at our first campaign in an Australian motorsport event,” Hyundai Motor Company Australia Chief Executive Officer, JW Lee said.

“To finish sixth in the GT2 class and 10th overall, beating high-profile performance vehicles costing many times more than the i30 N’s $40,490 price tag, again proves the immense value and integrity the i30 N offers driving enthusiasts.”

Reeves’ supercar-hunting i30 N tarmac rally car is essentially a stock production car equipped with mandatory safety features such as racing seats, harnesses and a roll-cage. 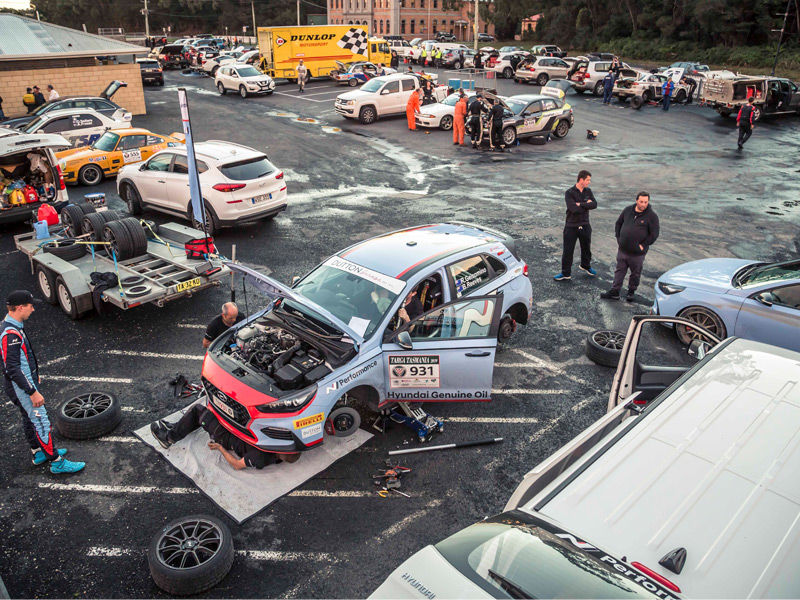 A Hyundai WRC and factory development driver, Reeves assisted Hyundai engineers during local development of the production chassis and suspension calibration of the i30 N, and came to the event having made his Targa debut over a decade ago.

“We started the event knowing that we’re not going to be the quickest on day one, but that if we stay on the road, by day six we’ll be where we need to be, and being an endurance event that’s the way you’ve gotta look at it, Reeves said. 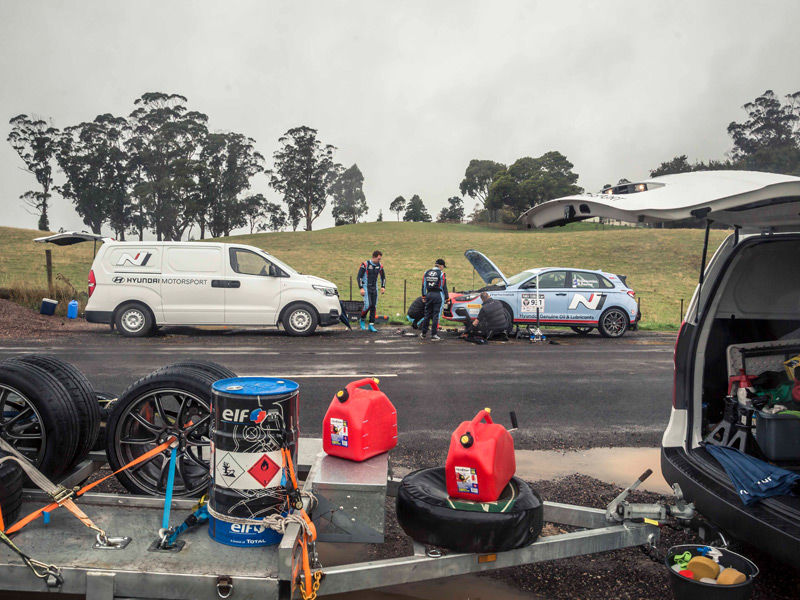 “We sort of knew what to expect from the car because we’ve driven it in the [Whiteline] tarmac rally sprints, so I had high expectations for it. The chassis is really well balanced and having the adjustable suspension is a big help. I knew how good a package it is, which is why we pushed so hard to bring it to Targa.

“The i30 N has done everything I expected it to, I just didn’t know how it’d go against the competition, but over an endurance event it’s done really well.

The impressive Targa Tasmania result comes just weeks after the i30 N triumphed in the grueling Bathurst 6 Hour race, winning its class on debut at the event. 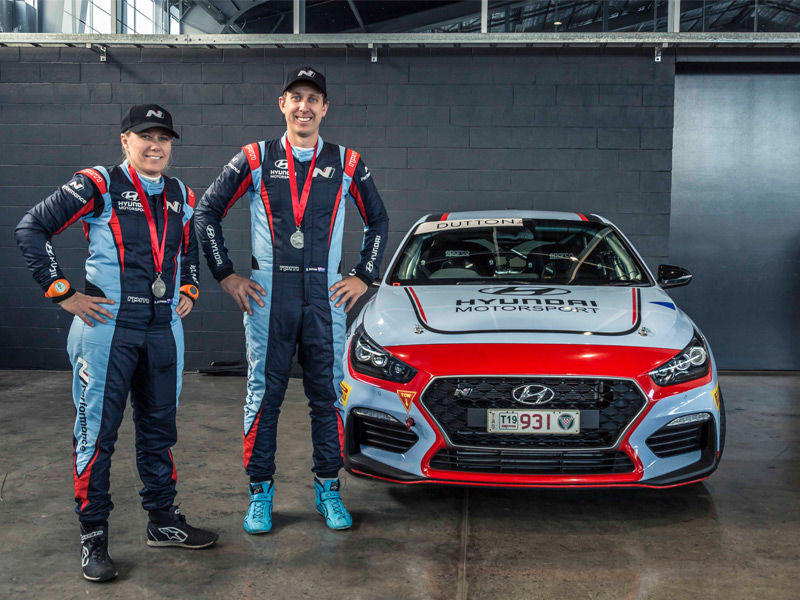