The Hyundai i30 Sedan N TCR will make its WTCR - FIA World Touring Car Cup debut this season in a campaign led by two experienced teams each fielding a pair of Hyundai Motorsport Customer Racing drivers.

The switch to the new car, which was first revealed in September 2020, comes after three successful seasons in the series with the Hyundai i30 N TCR. Over that time Hyundai customers have collected back-to-back drivers’ crowns, as well as the inaugural teams’ title in 2018. In total i30 N TCR drivers have won 21 races,and stood on the podium in exactly half of the series’ races.

The new car is based on the road-going Hyundai i30 Sedan N and features a brand-new 2-litre turbo-charged engine. Every step of the design and development of the car has been influenced by the knowledge gained from racing with the i30 N TCR. This approach has carried over into the support given to the WTCR teams and drivers, ensuring that they are in the best possible position for the start of the season.

The line-up of teams and drivers set to run the car is hugely experienced and highly successful in WTCR and the TCR category. Gabriele Tarquini and Norbert Michelisz continue with BRC Hyundai N LUKOIL Squadra Corse with which they took their titles in 2018 and 2019 respectively. This extends their relationship with Hyundai Motorsport Customer Racing into a fourth season, as well as the Italian squad supporting them. The team has previously fielded Hyundai cars in TCR Italy and TCR Europe.

After stepping up to WTCR last year following TCR titles in both Europe and Asia, Engstler Hyundai N Liqui Moly Racing Team again joins the grid, but with a new driver line-up for 2021. Alongside Luca Engstler, entering his second full season in the series, will be multiple WTCR race winner Jean-Karl Vernay, whose race seat with the team will complement his role as a Hyundai Motorsport Customer Racing driver testing the Hyundai Veloster N ETCR.

Though set to start his first season in a Hyundai Vernay is a very familiar name behind the wheel of a TCR car, with a total of five WTCR wins and a best points finish of third last season. In a career that has also included stints in open wheel and sportscar series, the Frenchman also boasts the 2017 TCR International Series title - the forerunner of WTCR.

Despite the excellent past records of both teams, the change in car for 2021 will present a new challenge. However, all involved will arrive very well-prepared to the opening weekend at the Nürburgring Nordschleife, with the aim to firmly rebound from a disappointing season in the curtailed 2020 campaign. Each of the four drivers has been involved in the on-track development of the Hyundai i30 Sedan N TCR, which started in summer 2020. They are scheduled to gain further time behind the wheel in testing, planned for the weeks before the first competitive running. The goal for the 2021 season is to add to the glittering record of Hyundai customers in the highly competitive series.

Following the first round in Germany*, which again shares the weekend with the Nürburgring 24 Hours, the series is set to travel to seven further circuits. This will include home races for Michelisz and Tarquini at the Hungaroring and Adria Raceway, and for Hyundai at Inje Speedium in South Korea, before the season comes to a close on the famous Macau street circuit. 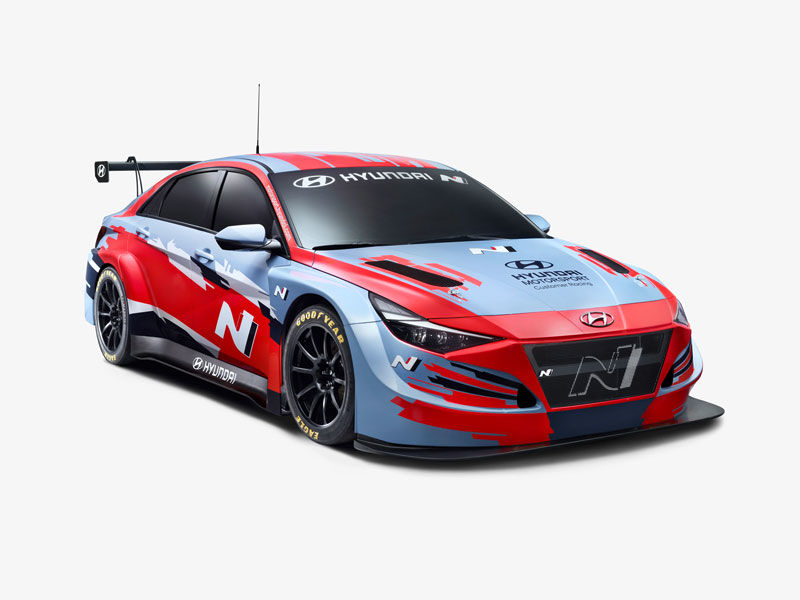 Norbert Michelisz said: “Last season I had the #1 on my car, and my first aim is simply to get it back again. Having tested the Hyundai i30 Sedan N TCR I am confident that we can continue the success we had with the Hyundai i30 N TCR. Working with the Customer Racing department engineers it is clear how much effort, and how much of the knowledge from the last three years has gone into the design of the car. As a driver I also have the benefit of three years in WTCR, with BRC Hyundai N LUKOIL Squadra Corse and with Gabriele as my teammate, so we should have a great combination.”

Gabriele Tarquini said: “This is the most prepared I have been for the start of the WTCR – FIA World Touring Car Cup since 2018, when I won the title. At that time I had been part of the development of the Hyundai i30 N TCR, and this season we have been testing with the Hyundai i30 Sedan N TCR since last summer. This should show in the performances of BRC Hyundai N LUKOIL Squadra Corse on-track when we start racing. Every year WTCR is very competitive, so it can make a big difference to have any advantage over the other drivers and I think with our experience testing the new car, we have that.”

Luca Engstler said: “I am really excited for the start of the WTCR – FIA World Touring Car Cup in 2021. Unfortunately we didn’t get the results we wanted last year, but the Engstler Hyundai N Liqui Moly Racing Team and I still learned a lot that I can put to use when we start racing again. Just two weeks after the end of last season I had started to train, fully focused on 2021. All through testing the Hyundai i30 Sedan N TCR has been getting better every time we are on-track and we still have some more testing planned before the first race. I think that all four Hyundai Motorsport Customer Racing drivers will be on the pace at the Nürburgring.”

Jean-Karl Vernay said: “When the opportunity came to drive for Hyundai Motorsport Customer Racing in WTCR – FIA World Touring Car Cup it was an easy decision to make. Hyundai models have been some of the fastest in the TCR category for many seasons, and it shows in the number of wins their customers have had in the series. For me it is obviously a new team to work with, and a new car for everyone. Being so involved in the development process has been incredibly helpful, both in getting some additional understanding of the Hyundai i30 Sedan N TCR before the first races, but also having an early chance to work with Engstler Hyundai N Liqui Moly Racing Team and their engineers to fully prepare for the year ahead.”

Vice President and Head of N Brand Management and Motorsport Sub-Division at Hyundai Motor Company, Till Wartenberg said: “The confirmation of the first Hyundai Motorsport customer teams in WTCR – FIA World Touring Car for 2021 reaffirms our commitment to the series. Having Hyundai N cars compete on the global stage has always been an incredibly important avenue for the promotion of our high-performance line-up. The success of our customers in previous seasons has played a pivotal role in cementing the reputation of Hyundai N name within the motorsport and high-performance automotive community. The introduction of the Hyundai i30 Sedan N TCR to the grid offers the chance to further promote the growing N brand, and hopefully add to the long list of victories for Hyundai Motorsport customers.”

Hyundai Motorsport Team Principal Andrea Adamo said: “We have done everything possible to allow our customers teams to compete for the WTCR – FIA World Touring Car Cup title again this season. For different reasons we were not happy with the results last year, but in the past these teams have been very successful, so we aimed to build on that rather than start from zero again. We have included our four Customer Racing drivers and the teams at every stage of the development of the Hyundai i30 Sedan N TCR, so they have each been able to gain a lot of experience with the car, which they can immediately use when they start racing. Even now, though, we cannot stand still. Supported by our Customer Racing engineers there are more tests before the first race at the Nürburgring to ensure the best start to the season possible.”