The year has only just begun but a series of announcements from Australian governments has shown electric vehicles are increasingly on their mind.

The year 2021 looks set to be another big one for electric vehicles in Australia with governments getting behind the technology in some new and exciting ways.

A series of announcements at the state and federal level has signalled that governments are increasingly embracing zero emission technology as an inevitable part of the energy transition and are prepared to bring on the electric vehicle age sooner.

We take a look at some of the government announcements that have been making waves so far this year and what they may mean for Australian fleets.

Federal MPs to get a taste for EVs in the Comcar fleet.

The federal government’s Comcar fleet announced in February they would be welcoming EVs into their fleet for the very first time. Selecting a Hyundai IONIQ and Tesla Model 3, Comcar will trial the vehicles for two years to assess their charging and associated costs.

The EVs will be used across Canberra, Melbourne and Sydney as day-to-day transport services for parliament staff and guests.

The adoption of EVs by the Comcar fleet sends a great signal of the maturity of the technology. We anticipate the move will give government and corporate fleets even more comfort in going zero emission. 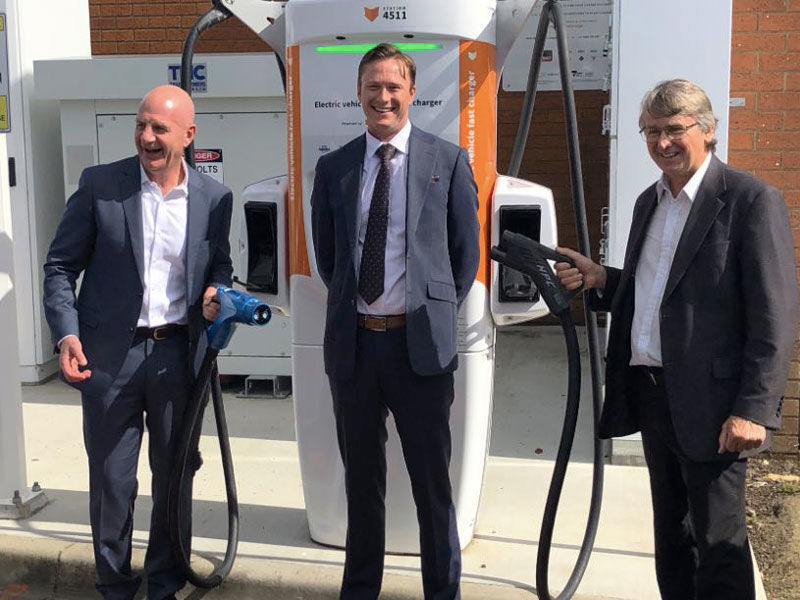 Tasmania powers up its electric highway covering the state from end to end.

EV owners will now be able to drive throughout the entire state knowing they can comfortably charge their vehicle. This is sure to be a great enticement for Tasmanians to make the switch and attract EV tourists to the Apple Isle.

The Tasmanian government and municipalities backed the network through grants of over $500,000 across the twelve sites.

The launch off the electric highway comes hot off the heels of the Tasmanian Government’s announcement in late 2020 that it will electrify their entire fleet by 2030. It’s been estimated the shift will save the government around $2 million in maintenance, $6 million in fuel costs and will reduce emissions by around 13,000 metric tonnes.

ACT’s EV leadership sees it pull even further ahead of the pack .

Canberra’s electric vehicle market looks set to go from strength to strength with the ACT budget handed down in February providing zero interest loans of up to $15,000 towards the purchase of an EV and free vehicle registration for two years.

In what is Australia’s most electric vehicle-friendly jurisdiction, the ACT government first introduced a 20% discount on EV registration and stamp duty exemptions in 2018. The 2021-22 budget sees this to be bumped up to eliminate registration fees in full. Combined with the zero emission loan offer, ACT residents have the most attractive EV concessions in the country.

It appears the ACT Government’s drive to electrify the territory is paying dividends with EV numbers nearly doubling over the past 12 months, from 446 registered vehicles in January 2020 to 849 by the beginning of February 2021.

Finally, while not strictly falling in 2021, South Australia’s EV action plan released in December saw the government officially put its EV policy on the table for the first time.

The SA government is thinking big and wants to see EVs go mainstream as the common choice for new car purchases by 2030. They also are working towards transitioning the government’s fleet, and public taxi and rideshare fleets to be fully electric as part of their aim for all new passenger vehicles sold in the state to be fully electric by 2035.

As a starting point, the government will transition their fleet of approximately 6,800 passenger vehicles to plug-in electric models. This will shift around $80 million per year of government spending to EVs from internal combustion engine vehicles and fuels, and will increase the number of affordable, second-hand EVs available for South Australians.

All in all, in the space of a few short months we’ve seen a hive of activity from governments. While in different stages of their EV journey, collectively the momentum is impressive and signals there are only bigger things to come for the electric vehicle era in Australia.

The new Santa Fe has arrived.