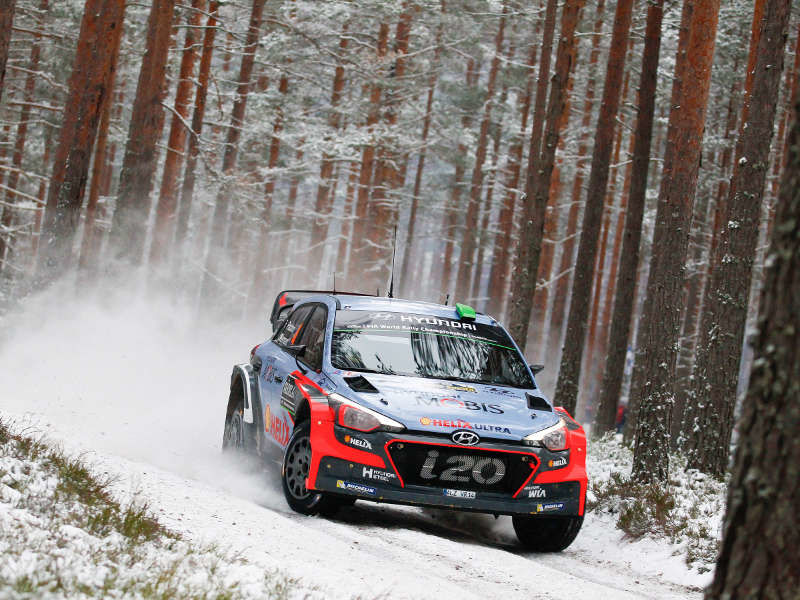 Hyundai Motorsport is today celebrating another podium result as Hayden Paddon clinched second place in Rally Sweden, the second round of the 2016 FIAWorld Rally Championship (WRC).

Further underlining the performance of the new car, Dani Sordo added a second top-six result to his 2016 tally, finishing in sixth place, having shown top-three potential prior to a puncture on Saturday morning. Thierry Neuville ensured all three New Generation i20 WRC cars completed the rally, although the Belgian's rally was hampered by differential troubles on the opening day.

A shorter than planned final morning saw a single stage - 15.87km Värmullsåsen - run as the Power Stage, which wasn't without its issues. While Neuville and Sordo enjoyed a trouble-free finish to the rally, Paddon endured late drama. The Kiwi suffered a water leak from the radiator after hitting a wooden post during the stage and was forced to carry out repairs before nursing his car back to service. Thankfully, the podium was safe and celebrations could resume back at the Service Park. 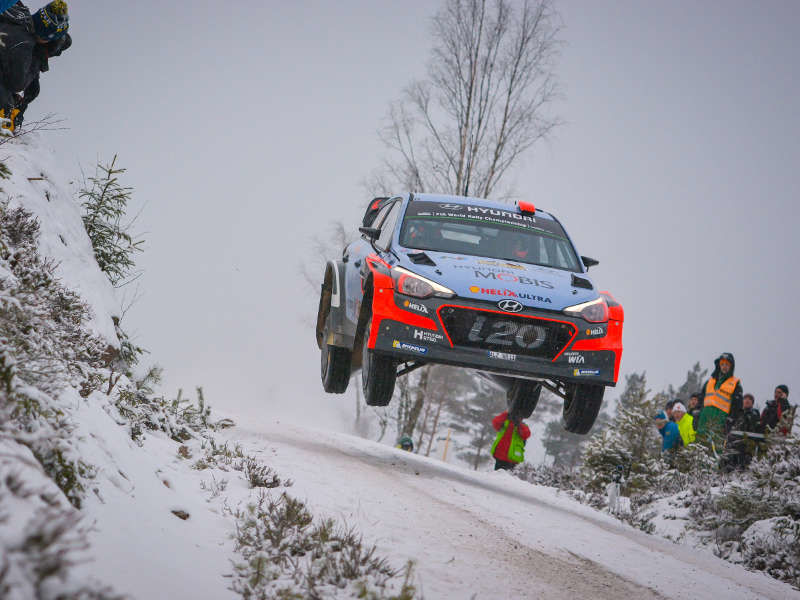 Paddon said:"A podium is a fantastic result for me and everyone in the team. We were hoping to have had a less stressful finish to the rally but unfortunately we had some water licking from the radiator after hitting a wooden post in the stage, which required some quick repairs. Thankfully, we were able to find a temporary fix and get back to service with our second place intact! Late drama aside, we have had a good weekend and I have felt very comfortable in the New Generation i20 WRC. We made the most of our road position when we had to, and refused to get drawn into a fight for the lead. In the future, we will fight more for the win but there's a bit more work needed on my driving and on the car set-up. We're not far away and, for now, we'll happily take second place."

Sordo and co-driver Marc Martí (#20 New Generation i20 WRC), driving for the Hyundai Mobis World Rally Team this weekend, claimed their second top-six result in a row. The Spaniards had been involved in a close fight for the podium until a puncture lost them crucial time on Saturday morning.

Sordo said:"Sixth place is a good result and gives us some nice points for the Championship. We took it very carefully in the Power Stage. We had nothing really to fight for and it was just important to secure the position. The New Generation i20 WRC has performed well this weekend, so it was a shame that the puncture yesterday ended our chances of a better result. Still, there are a lot of positives we can take from this weekend as we prepare for the next rally in Mexico." 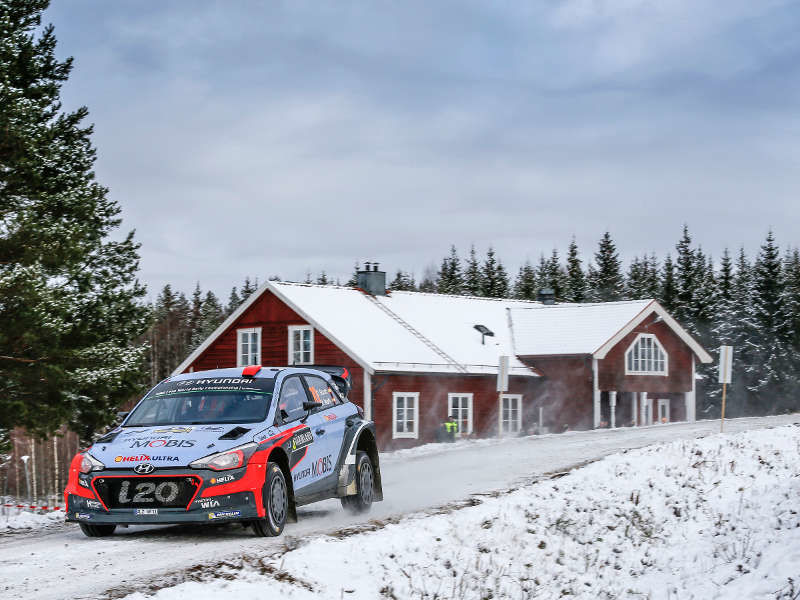 Monte-Carlo podium men Neuville and co-driver Nicolas Gilsoul (#3 New Generation i20 WRC) saw their chances of a strong result end on the opening day following differential trouble, but the Belgians continued determinedly to pick up six Championship points for the team.

Neuville said:"We were obviously going to find it difficult to score a good result after our differential problems on Friday but we had a pretty good end to our rally. Yesterday, we spent the day regaining the rhythm in the New Generation i20 WRC on these difficult Swedish conditions and we had a good run this morning. I might have lost a second or two going wide but it was a great stage. The car has again shown it has the potential to compete for the podium - as we can see from Hayden's result - which is fantastic all of us in the team and gives us a lot of motivation for the next rally."

Hyundai Motorsport has now amassed ten individual podiums since it entered WRC in 2014 with the New Generation i20 WRC continuing to show improved performance and its ability to fight near the front of a competitive field.

Team Principal Michel Nandan commented:"It's been an eventful week in Sweden so to come away with a podium result is fantastic. Congratulations to Hayden and John - and to everyone in theteam for a job well done. We had a few nervous moments at the end of the Power Stage when Hayden experienced a water leak from the radiator, but thankfully some quick thinking allowed him to make it back safely. Dani had a decent run this weekend, too, and without the puncture on Saturday morning, he would have been in the fight for the top-three. Thierry's rally was also affected by some technical trouble but he had a strong finish, only just missing out on a Power Stage point. Thanks to the drivers' determination, we have been able to learn more about the New Generation i20 WRC this weekend and pick up some important Championship points. We are five points behind Volkswagen after two events, we've scored consecutive podiums and we've shown encouraging pace. Mexico will be another learning experience with the new car but we can be pleased with our start to 2016."

The WRC will resume in just a few weeks' time as Mexico plays host to the third round of the 2016 Championship.