“Today at this show, by showing HDC-6 Neptune, the first hydrogen-only concept for Hyundai Motor Company’s commercial vehicles, we will start exploring opportunities in the United States commercial vehicle market,” said Edward Lee, Head of Hyundai Commercial Vehicle Business Division. “Furthermore, we are willing to work with other partners to pave the way to establish a hydrogen ecosystem for CV.”

Hyundai has the necessary processes and experience to develop the quality vehicles that support its FCEV 2030 vision for a hydrogen ecosystem. For commercial vehicles, fuel cells are the perfect fit for heavy duty trucks and long driving distances due to higher drive range, higher payload, less refuelling time and ultimately lower costs.

The HDC-6 NEPTUNE evolves the Class 8 truck, looking toward the future in design, in-cab technology and propulsion system. The concept continues Hyundai’s leadership in moving to a decarbonised society and the advancement of zero-emission vehicles. This future truck will add to the company’s success in commercial vehicles, which are already sold in 130 countries around the world.

Adding to Hyundai’s sustainable mobility vision, the HT Nitro ThermoTech will be one of the first trailer manufacturers in North America to introduce a refrigerated trailer using a cryogenic nitrogen refrigeration technology system. The concept trailer, developed in collaboration with Air Liquide, is changing the way Hyundai Translead provides refrigerated transportation. The HT Nitro ThermoTech concept trailer’s carbon footprint is up to 90% less than a traditional unit. 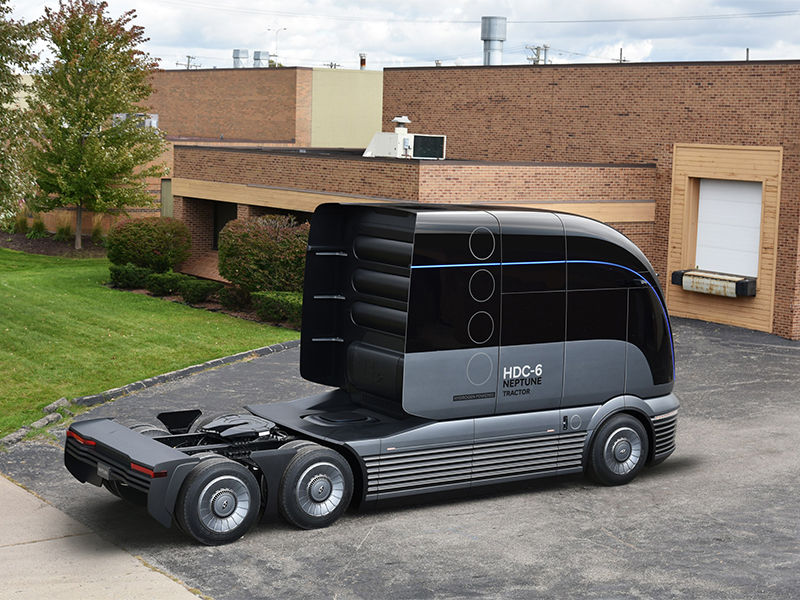 One of the key design inspirations for the HDC-6 NEPTUNE Concept was the streamliner railway trains that ran from 1936 until 1959, a prime example of Art Deco industrial design. The pioneering twentieth century industrial designer, Henry Dreyfuss, applied a prime example of Art Deco design for the New York Central Railroad in the 1930's, symbolising the greatest technological wonder of the era, while looking bold and iconic at the same time.

On HDC-6 NEPTUNE, the design team took packaging challenges and found new ways to combine both form and function. Due to increased cooling requirements, the grill of the concept commercial vehicle is applied as the theme across the entire lower portion of the Hyundai HDC-6 NEPTUNE. This creates a distinctive image while maximising airflow. The grill concept also integrates the retractable steps, which are cleverly hidden. The combination of both cab over engine and conventional (bonnet) truck formats achieves packaging efficiency and improved ergonomics.

Hyundai has already expanded its global leadership in fuel cell technology. Through its joint venture with H2 Energy, Hyundai is commercialising fuel cell electric trucks by providing 1,600 FCEV heavy-duty trucks to the Swiss commercial vehicle market, beginning 2019 through to 2023. With Hyundai’s commercial vehicle entry to the European market, the U.S. market is an important next phase of the company’s FCEV 2020 vision. 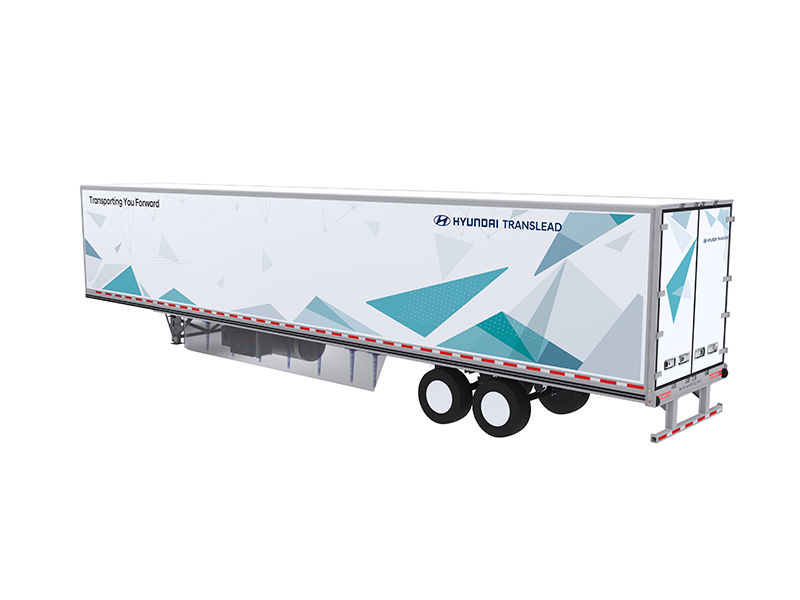 The HT Nitro ThermoTech concept trailer is optimal for transporting cold chain products. Temperatures are reduced more quickly than a traditional refrigeration unit and maintained with precise control of desired temperatures. The intelligent control system and independent cooling power maximise thermal efficiency. The HT Nitro ThermoTech concept trailer is not affected by outside temperatures. Maximum power is always available, even when the truck’s engine is off or idling.

The HT Nitro ThermoTech concept trailer cooling unit is virtually noiseless which significantly reduces noise pollution for drivers as well as at the point of deliveries. This is a significant advantage for night-time deliveries in urban and suburban neighbourhoods where noise can be distracting. 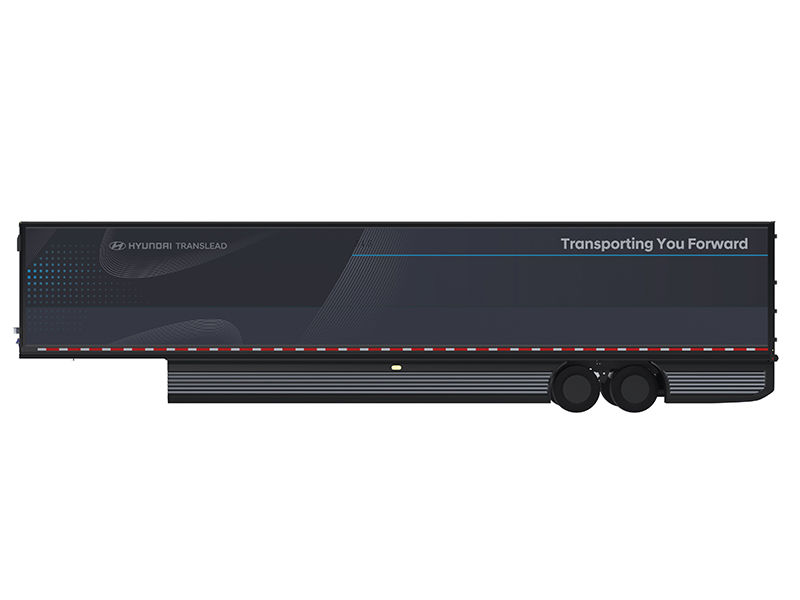