Hyundai Motor Group (the Group) announced today it will pilot a RoboRide car-hailing service in Gangnam in Seoul, South Korea, utilising IONIQ 5 battery electric vehicles (EV) with in-house developed level 4 autonomous driving technology. The pilot RoboRide will be the first car-hailing service with autonomous driving vehicles to operate in Gangnam, one of the most congested areas in metropolitan Seoul.

For the pilot service, the Group has obtained a temporary autonomous driving operation permit from the Ministry of Land, Infrastructure and Transport (MOLIT) of Korea. It will collaborate with Jin Mobility, a Korean startup operating the artificial intelligence (AI)-powered car-hailing mobility platform ‘i.M.’. Jin Mobility will be in charge of operating the two IONIQ 5 RoboRide units on its i.M application. The Group also plans to expand the pilot service, while further developing autonomous driving technology with consideration for various conditions, such as driving stability. 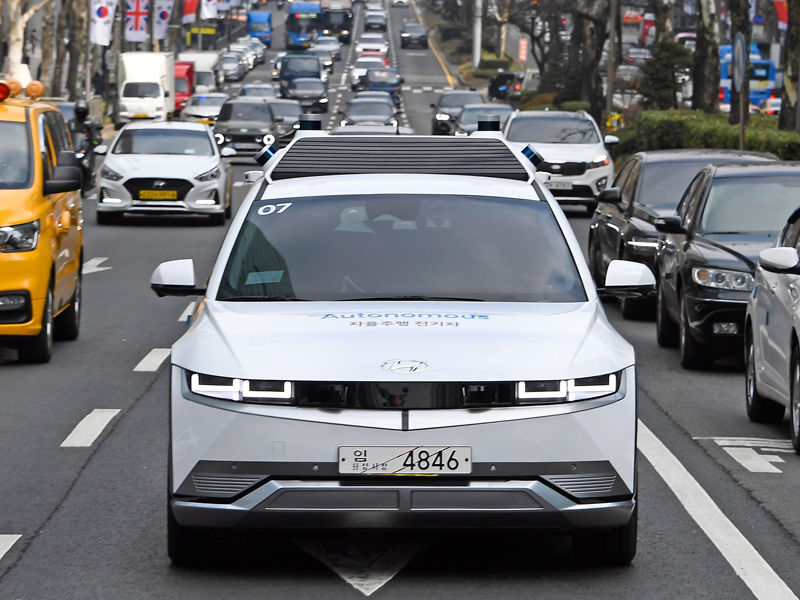 “At Hyundai Motor Group, we are developing level 4 autonomous driving technology based on the internally developed Advanced Driving Support System (ADAS), whose functionally and safety are verified through mass production and successful commercial launch,” said Woongjun Jang, Senior Vice President and Head of the Autonomous Driving Center of Hyundai Motor Group.“We expect this RoboRide pilot service will be an important inflection point that will enable us to internalise autonomous driving technology.”

“We have been strengthening our capabilities by working on research and development with relevant institutions. Starting with the RoboRide pilot service in collaboration with Hyundai Motor Group, we look forward to leading the future mobility scene,” said Lee Seong-wook, CEO of Jin Mobility.“We will put our utmost effort into creating synergies through this pilot service.”

To prepare for such a complicated driving environment, the Group has also worked with Seoul Metropolitan Government to establish a system that can connect traffic signals with autonomous vehicles. It has also gathered copious driving data since 2019 by testing autonomous driving in Gangnam area.

The RoboRide pilot service will operate from 10 a.m. to 4 p.m., from Monday to Friday, to minimise any possible inconveniences on the road. Up to three passengers can be on a ride, whereas a safety driver will be in the vehicle to respond to any emergencies. The Group plans to operate an initial demonstration service for internally selected personnel, and then expand the pilot service targets to general customers in the future.

To commemorate the pilot service, Won Hee-ryong, Minister of Land, Infrastructure and Transport of South Korea, and Oh Se-hoon, Mayor of Seoul City, became the first customers to test drive the RoboRide vehicle.