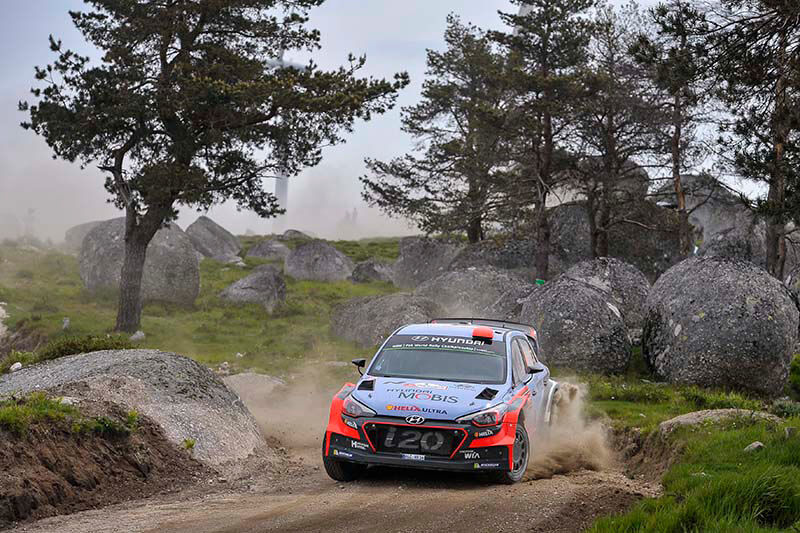 Hyundai Motorsport has concluded Rally de Portugal, the fifth round of the 2016 FIA World Rally Championship (WRC) with a fourth place finish, the team’s best to date at the event.

Following a weekend of highs and lows for the team, it was a trouble-free Sunday with both Dani Sordo and Thierry Neuville completing the final four stages comfortably.

Rally De Portugal has been an important learning experience for the team, following its most competitie start to a WRC season. Retirements for Kevin Abbring and Rally Argentina winner Hayden Paddon were a prelude to more disappointment with Neuville stopping midway through SS11 having run out of fuel.

On a more positive note, Sordo has enjoyed a strong rally, pushing his #4 New Generation i20 WRC car to finish just outside of the podium positions. Neuville re-joined under Rally 2 regulations on Sunday morning to allow the team the opportunity to learn more about the performance of its car on the Portuguese terrain.

Sordo (#4 New Generation i20 WRC) was on podium pace during the openin day of the rally but was unable to keep up with the Volkswagen Motorsport cars through Saturday's slippery stages. He kept a level head and drove sensibly on Sunday to secure fourth position and important points for the Hyundai Shell World Rally Team.

Sordo said: “It was a steady end to our rally on today’s final stages. Our aim was to bring the car home safely and to secure our fourth position. Unfortunately, we weren’t able to do anything about the gap to the podium so we took no risks. I enjoyed the stages this morning; it’s always incredible to compete in a World Rally car in front of such enthusiastic spectators. The New Generation i20 WRC has been great to drive on these fantastic stages this weekend. We know we are missing a bit of performance compared to our rivals in the more slippery conditions, but we’re working on that. Overall, though, fourth place is not too bad. We’ve taken some important points for the team, so we must now refocus our efforts on the next rally.” 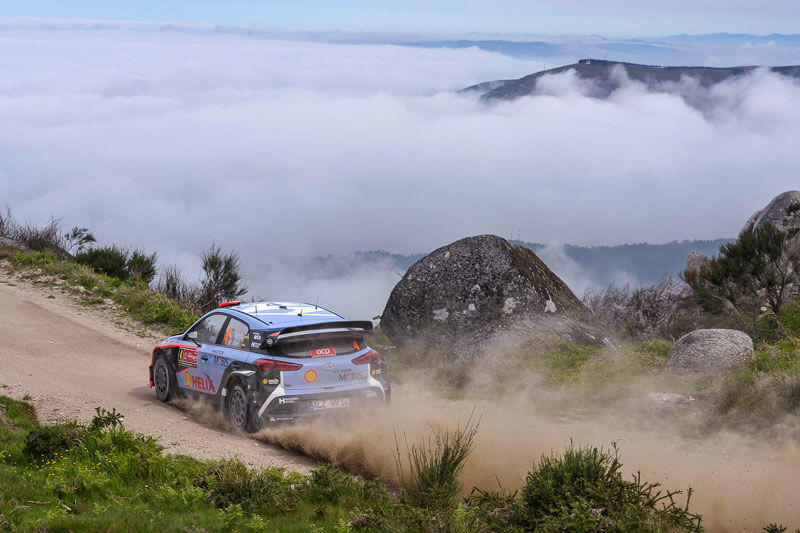 Neuville (#20 New Generation i20 WRC) adopted a steady approach on Sunday’s four stages but wowed the crowds on the classic Fafe stage. Despite missing out on a top-five finish after the refuelling issues on Saturday, the Belgian will look forward to fighting back at Rally Italia Sardegna where he finished on the podium twelve months ago.

Neuville commented: “We had nothing really to fight, so it was a case of just bringing the car to the finish. We focused on keeping our driving clean and tidy but also trying to have a bit of fun on these final stages. The Fafe jump was as enjoyable as ever, although we had a bit of a harsh landing on the first pass! It’s been a challenging weekend for all of us in the team, but we’ll be going through everything in detail to make sure that we will do better for the future. We showed reasonable performance with the New Generation i20 WRC but there are things we can still improve, and we’ll work hard as a team to achieve that. The next rally is in Sardinia where we have special memories from last year, when we finished on the podium - and that’s going to be our target again this year.”

Despite a tough weekend, Hyundai Motorsport leaves Portugal with its best ever result in the rally, fourth position.

Team Principal Michel Nandan commented: “We can’t really be pleased with our weekend, but it’s a small consolation that we’ve taken our best ever Rally Portugal result. We couldn’t have done more than that but it’s frustrating we had so many issues along the way. There are some areas to improve in terms of car performance with the New Generation i20 WRC on these stages. We also have to look at some areas of our operation to make improvements already for the next event. It was a trouble-free, safe end to our rally today with the famous Fafe jump providing a lot of excitement for the fans. It’s a pleasure to be part of this event. This weekend is a reminder that WRC remains fast, competitive and exciting - and we have to keep on top of our game at all times.”

The FIA World Rally Championship moves to Sardinia for the sixth round of the Championship, which takes place 10-12 June.