Hyundai Motorsport has concluded Rally Turkey with a double podium finish on a dramatic final day in which both Thierry Neuville and Sébastien Loeb picked up punctures on the opening stage.

With the longest test of the entire event - the 38.15km Çetibeli - run twice on Sunday morning, in addition to the shorter 6.28km Marmaris test, it was never going to be a straight-forward finish to the rally. However, issues for the crews during the opening run were not a welcome addition to the script.

Overnight leaders Neuville and co-driver Nicolas Gilsoul saw their 33-second advantage eradicated as they were forced to stop to change a tyre mid-stage. Loeb and Daniel Elena, too, were struck by tyre misfortune as they nursed their Hyundai i20 Coupe WRC through the final kilometres with a puncture, losing over a minute of time. They weren’t the only crews to experience trouble in the first run through Çetibeli, which transformed the overall classification.

On the first pass through Marmaris, Neuville took an emphatic stage win to reclaim second overall, behind new rally leader Elfyn Evans, with Loeb in fourth overall - less than five seconds from the podium. 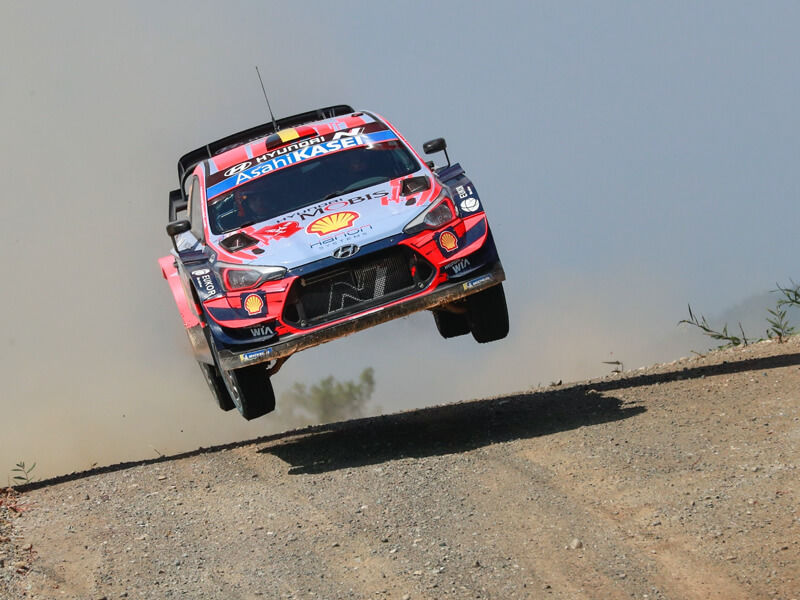 Heading into the repeat loop, all three Hyundai Motorsport crews - including the re-joining Ott Tänak and Martin Järveoja - were aiming to make it through safely in a bid to secure the maximum manufacturer points possible. Another stage win for the Belgian crew - their sixth of the weekend - saw them consolidate second with Loeb moving into third following Sébastien Ogier’s retirement.

All eyes were on the Power Stage to see which drivers would add to their personal tallies. All three Hyundai i20 Coupe WRC pairs were able to secure points with Neuville fastest, Tänak second and Loeb in fifth. All in all, Hyundai Motorsport crews took eight stage wins (seven for Neuville, one for Loeb) from a possible 12, including five 1-2s. 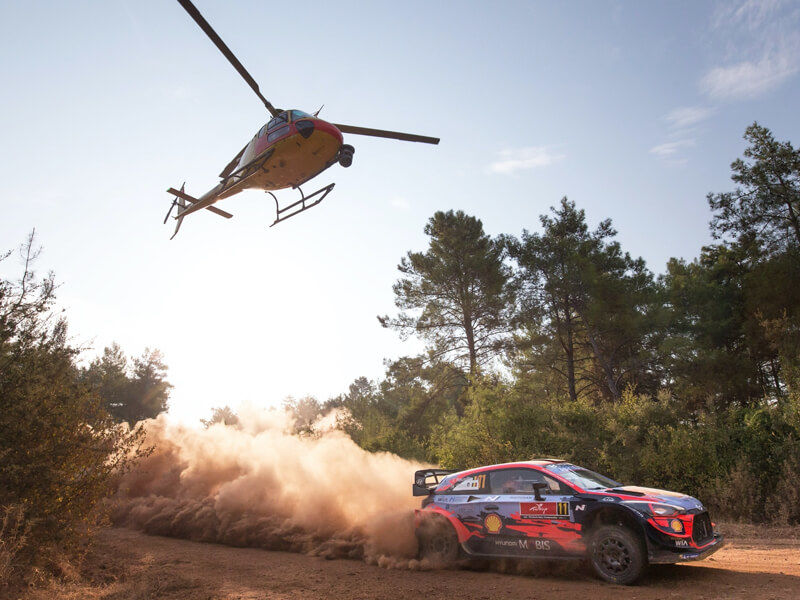 In the manufacturers’ championship, second-placed Hyundai Motorsport keeps the pressure on with just a nine-point deficit to the leaders. Tänak lies third in the drivers’ table on 70 points, with Neuville fifth on 65. 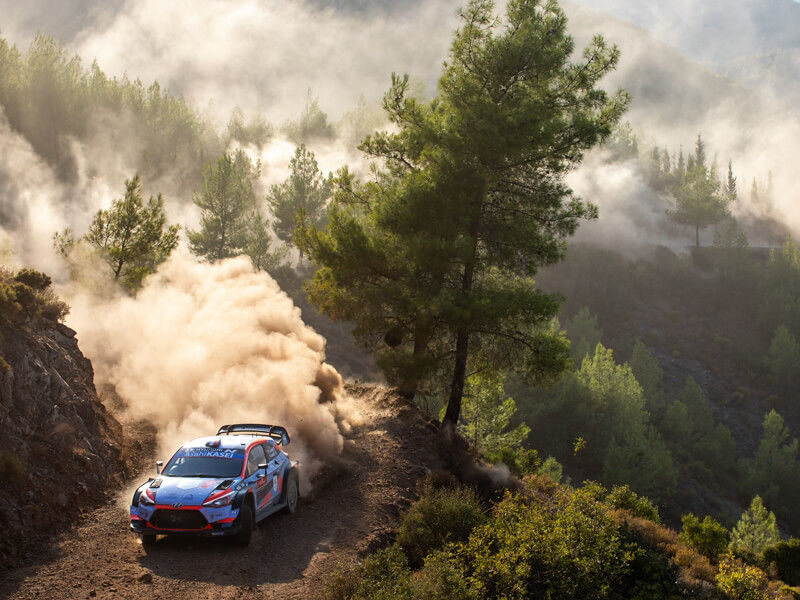 Neuville said: “I have the feeling we deserved to have taken more away from this weekend, but it is still a great feeling to be back on the podium again. We showed a strong performance and the car was working really well; we made some changes on Saturday afternoon and the speed was definitely there. Unfortunately, we were among the unlucky crews to pick up a puncture on the first stage today, which prevented us from taking the victory. Still, we fought back to take P2 and five Power Stage points, so from a championship point of view it was a good move. Even if we didn’t take the win, we did the maximum we could. I have to say thanks to the team for all their efforts.”

Loeb said: “It has been a tough final day of this rally. The first stage this morning was a bit of a lottery and we didn’t get the right numbers! There was a lot of dust and I was driving carefully because I knew there was a chance of a puncture, and suddenly that’s exactly what happened. We only had ten pages of notes left so we decided to bring the car to the end, but I lost the tyre completely so had to drive really slowly. We were still in the battle for the podium. Our aim in the second loop was the get the car through safely and we were able to do that to secure third place - and a great podium finish.”

Tänak said: “Since the beginning of the weekend, it has been a very challenging event for us. Friday night, we had some demanding conditions, then on Saturday morning we had to retire with the steering issue. Today, we had to drive through the first three stages with a target of getting something from the Power Stage. I didn’t really have the full commitment to go flat out, somehow it was only at 90%, but we made it through and got four extra points which is much better than nothing.”

Team Principal Andrea Adamo: “It has been a tough rally and not the result we had hoped to score here, even if second and third places are not so bad. We had some reliability issues this weekend which shouldn’t happen and that has cast a shadow on our result. We have also had these ‘rally moments’ with punctures on today’s opening stage. My crews have done all they possibly could, and my thanks go to them. Our job now is to give them a better car for Sardinia.”

2020 FIA World Rally Championship for Manufacturers’ Standings (after round 5)

2020 FIA World Rally Championship for Drivers’ Standings (after round 5)