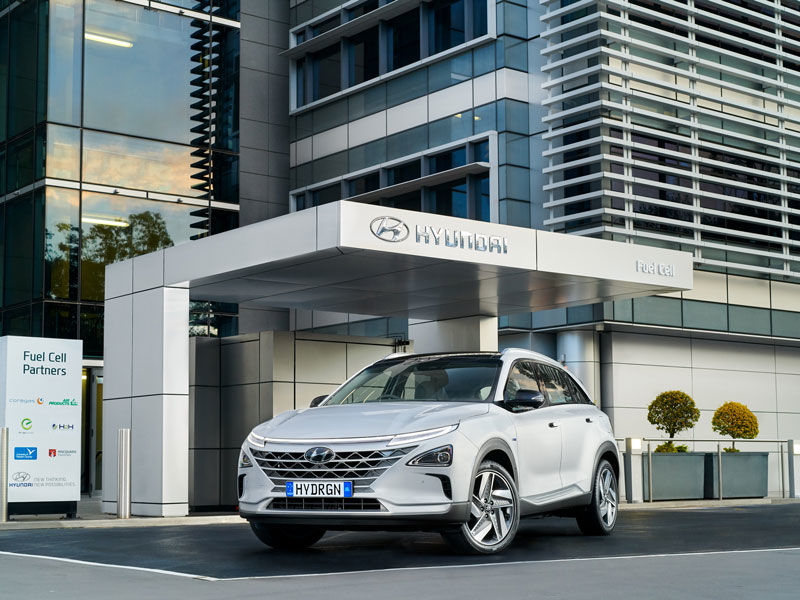 To be located at its corporate headquarters in Macquarie Park, the facility will be constructed in partnership with Australian gas technology company ENGV.

The new refueller will replace HMCA’s existing hydrogen refuelling station, which has been operational since 2014 and has conducted fills of both Hyundai and competitor FCEVs and hydrogen forklifts.

The facility will enable Hyundai to support its expanding range of hydrogen fuel cell vehicles through faster refuelling and green hydrogen generated on site. It will also enable the company to continue its activities showcasing the benefits of hydrogen mobility technologies to external stakeholders.

The state-of-the-art station will produce up to 20kg of hydrogen per day via an integrated electrolyser, as well as providing 700bar refuelling capability. This will enable the Hyundai NEXO FCEV to travel up to 666km (WLTP) on a single tank, with a refuelling time of less than 5 minutes.

Hyundai Motor Company Australia Chief Executive Officer, Mr. Ted Lee, said Hyundai is proud to be investing in the Australian hydrogen economy as part of a move towards a clean motoring future.

“This investment forms part of Hyundai’s long-term commitment to a zero-emission future for Australia. Hydrogen fuel cell mobility is anticipated to play an integral role in the country’s transition to cleaner drivetrains and we intend to help lay the stepping stones toward making this vision a reality,” Mr. Lee said. ENGV CEO, Sean Blythe, said that Hyundai’s project will leverage the experience gained through the CSIRO project as well as the company’s delivery of the first public hydrogen refuelling station, commissioned by the ACT Government in Canberra.

“We are excited to bring our hands-on experience developing hydrogen refuelling infrastructure across Australia to the HMCA project. Together with Hyundai, we are committed to growing the country’s hydrogen sector in a safe and sustainable way,” Mr. Blythe said.

This announcement follows Hyundai’s deployment of the NEXO SUV to the ACT and Queensland Government, with both successfully integrating the vehicles into their existing fleets.

HMCA anticipates a growing market for its advanced hydrogen technologies in Australia, including passenger and commercial vehicles as well as stationary power applications.

The company is now working with government and industry stakeholders across Australia to realise hydrogen mobility projects, with the ultimate aim being a connected hydrogen refuelling network nationwide.