Hundreds of Hyundai drivers recently joined our ‘You drive. We donate.’ promotion to reward good driving and support our Hyundai Help for Kids charity partners. Together we achieved some amazing results! Now it’s time for more fun and rewards with our new Hyundai Auto Link Driving Challenges.

Efficient driving now literally pays dividends for the most worthy of organisations.

We’d all like to give more money to charity so wouldn’t it be great if there was a way to donate just by carrying out an ordinary daily task, like driving your car?

Hyundai recently came up with a revolutionary new way to encourage better driving habits by rewarding owners via acts of altruism, via Hyundai Auto Link app. The You drive. We donate. initiative allowed Hyundai owners to accrue a gold coin donation for every careful, economically friendly trip they took.

Hyundai then donated the cash to the children’s charity of the owner’s choice (or at least their choice of one from 16 it already supports through its Hyundai Help for Kids program). The Hyundai Auto Link app tracks how hard you’re hitting the throttle and the brakes, and gives a resultant readout of your fuel economy. Every time an owner drove well, Hyundai donated AUD $1 on their behalf. The You drive. We donate. promotion ran between November 1 last year and January 7, 2018, and was only open to owners of the PD i30 and KONA, with hundreds registering to take part from every State and Territory across the country raising over $20,000.

The charity most chosen by drivers; Assistance Dogs Australia, was nominated by 109 participants and earned $3,647, followed by Make-A-Wish Australia with $2,860. The top performing driver was Vicki of Western Australia. You drive. We donate. was such a huge success, and so popular with owners, that Hyundai says it is considering rolling it out again with drivers of other cars, beyond just the PD i30 and KONA. Here's what some of the registered drivers had to say:

CONGRATULATIONS AND THANKS FOR PARTICIPATING 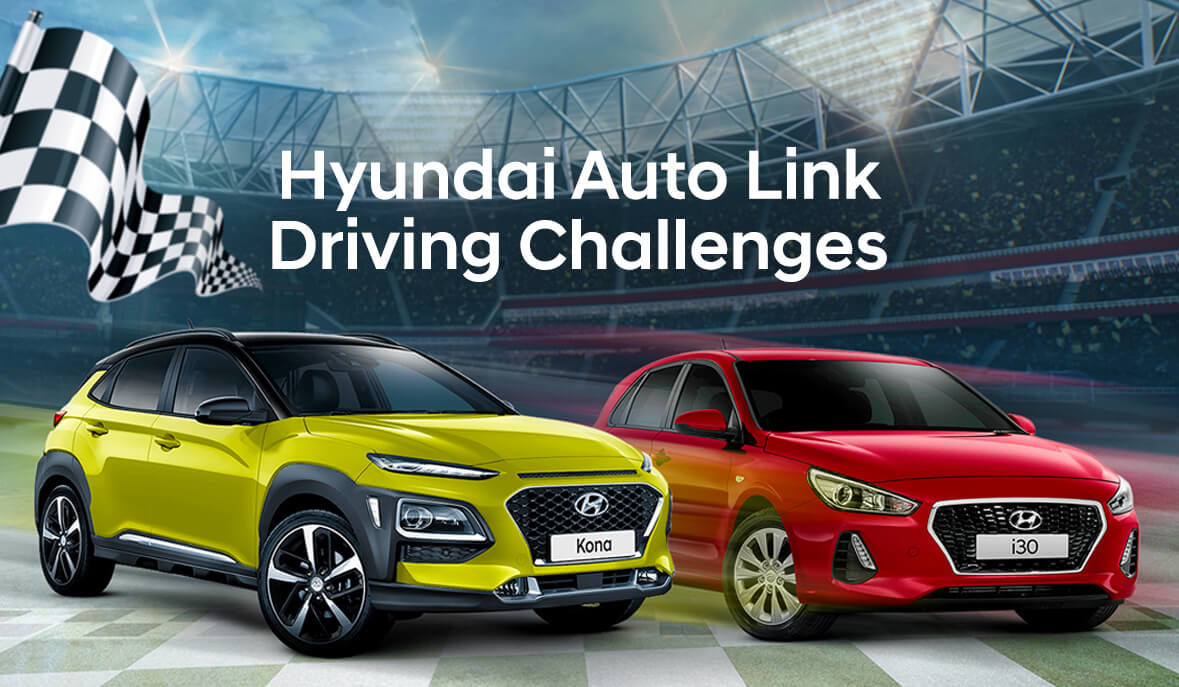 Get even more from your Hyundai and win prizes when you drive – whether it’s a trip to the shops, a romantic road trip or just picking up the kids.

From 7 February 2018, “Hyundai Auto Link Driving Challenges” let you compete against other Hyundai drivers with the Hyundai Auto Link app. Be a champion with 6 fun challenges including the most economical driver, most kilometres travelled in a day and more great games.

There are prizes up for grabs for all driving challenge winners and the best driver winner*. YOUR DRIVE, YOUR WAY, MADE BETTER.

Quick trip switch: Now you can directly switch between trips with just one tap.

Instant search: Find your right car with Hyundai Auto Link. Connected to Hyundai Dealer network, all the latest models and pre-owned vehicles are at your fingertips.

We’re also giving you a sneak peek of upcoming features:

Accident assist: Know the right steps to take at the scene of an accident and view all the data needed to claim insurance.

Emergency assist: As soon as emergency bags are deployed, your device will alert your family and friends to contact you. You can customise your emergency settings.

*applicable to PD i30 and KONA only.

7 Instagrammable Places for a Weekend Drive.