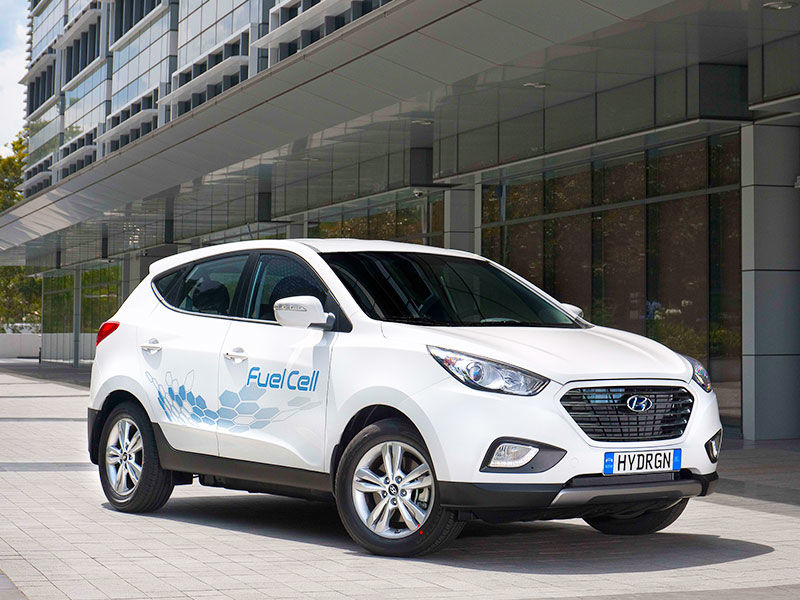 The highly advanced Hyundai ix35 Fuel Cell runs on hydrogen, burns no fossil fuels, and emits nothing but water vapour from its exhaust. Range and refuelling time are similar to those of a normal petrol-powered car.

As a major first step in that infrastructure process, the ACT Government recently secured an order for Australia’s first FCEV fleet - 20 next generation Hyundai advanced FCEVs, due in 2018.

This award recognises Hyundai’s bold commitment to future motoring in Australia, and how seriously we take our environmental responsibility."

"I'm proud to say we’ve shown with the ix35 Fuel Cell that zero-emission hydrogen fuel cell vehicles can be as easy to drive, and as reliable, as petrol- and diesel-powered cars. Thanks to Hyundai’s commitment to this technology I can guarantee that our next-generation FCEV will be even more of an eye-opener."


The ix35 Fuel Cell is one of the most advanced cars in the world, running on hydrogen and emitting nothing but water vapour from its exhaust pipe.

Hydrogen from the vehicle’s fuel tank is mixed with air and converted to electricity by a PEM (Proton Exchange Membrane, or Polymer Electrolyte Membrane) Fuel Cell stack – the electricity generated then powers the ix35 Fuel Cell’s electric motor.

The vehicle is near-silent, highly efficient and emissions-free. It is also very safe, having passed the stringent American NHTSA crash test. It is as practical and useful as a standard petrol or diesel-powered car, or SUV, with near-identical interior space and comparable range and performance.

The ix35 Fuel Cell develops 100kW maximum power and 300Nm maximum torque, 0-100km/h acceleration is 12.5sec, top speed is 160km/h and official maximum range is 594km. (Although a Hyundai ix35 Fuel Cell set a record for the longest journey completed by a vehicle on a single tank of hydrogen, driving 700km through Norway, Sweden and Denmark.)

In Australia, the ACT Government has secured a contract for 20 next-generation Hyundai FCEVs, due in 2018.