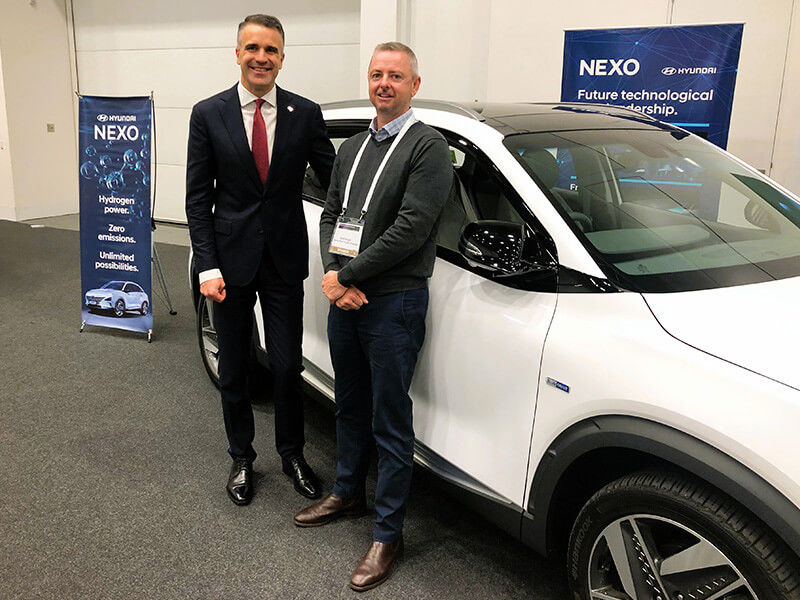 Hydrogen is something you may be hearing more about of late. We saw much discussion of the ‘fuel of the future’ in the recent federal election campaign and it’s become front and centre as Australia looks towards how we achieve our net zero target.

For the country to act upon the opportunity presented by hydrogen and fully enjoy its benefits, collaboration between industry will be vital. So it was with great enthusiasm that the Australian hydrogen sector came together in May for the Australian Hydrogen Conference.

The conference, hosted by industry association the Australian Hydrogen Council, saw over 700 participants from around the world descend on Adelaide to talk all things hydrogen.

Across two jam-packed days, leaders from across the hydrogen ecosystem covered topics from exporting hydrogen to the world to powering our vehicles with hydrogen fuel. The overarching aim of these discussions? To transform Australia into a hydrogen superpower.

Hyundai was delighted to exhibit at the conference showcasing our hydrogen-powered SUV, the NEXO, and speak at a session on the progress of hydrogen mobility in Australia alongside Toyota, another automotive company advancing fuel cell technology.

Our key message to the conference attendees was that hydrogen mobility is real and it’s coming quickly, however infrastructure must be developed in parallel or risk placing a hand brake on the sector.

In speaking to participants checking out the NEXO at the Hyundai stand, the feedback was overwhelmingly positive. Yet while the vehicle is available to Australian fleets today, the key question was how can we develop the refuelling station network needed to enable their large-scale deployment across Australia?

Looking back over the past few years, great strides have already been made on this front. Starting from very humble beginnings in 2014 when the first fuel cell electric vehicle or FCEV was introduced to Australia, momentum is now starting to clearly build. 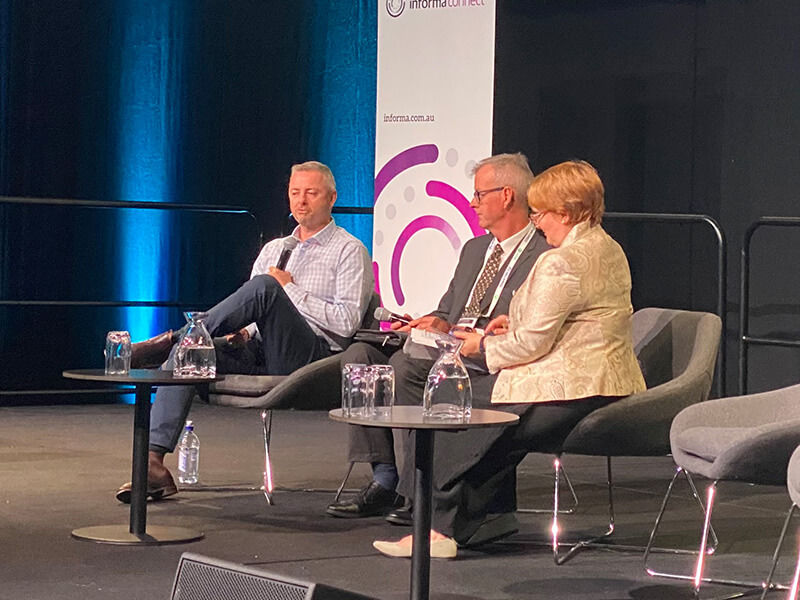 Hyundai was one of the first companies in Australia to start building infrastructure for FCEVs when we established the first hydrogen refuelling station to support our first hydrogen vehicle, the ix35.

At the time, we also developed the Hume by Hydrogen highway concept, which this year, saw the New South Wales and Victorian governments get behind and allocate financial support for at least four refuelling stations along the Melbourne to Sydney freight route.

In parallel, we identified the need for an Australian hydrogen association to represent the sector with federal and state policy makers, and co-founded Hydrogen Mobility Australia with Toyota.

With only five companies around the table initially, it went on to become the Australian Hydrogen Council and recently celebrated its one hundredth member.

Since this time, we have seen hydrogen refuelling projects emerge in Canberra with the first public station and Toyota’s station in Melbourne both opening in 2021. Further stations are set to follow with projects in Melbourne, Brisbane and Perth currently in development and many more in the pipeline.

So, as a sector we’ve certainly made inroads on the hydrogen mobility front over the last few years, but it is clear that now is the time for larger scale action. Pleasingly, the conference demonstrated that this is the direction the sector is taking.

Australia’s big oil companies BP, Ampol and Viva Energy which make up the majority of our petrol station network are all actively looking and investing in this space.

We heard from Ampol and BP in particular who reiterated their commitment to hydrogen as a transport fuel and the need for infrastructure to make this happen.?

The Future of Hydrogen Power on Australian Roads

More broadly however, the takeaways from the conference drilled down to the following key areas:

In terms of doing our bit to drive the sector forward, the next step for Hyundai is to upgrade our refuelling station in Sydney to support our growing FCEV fleet. In a partnership with US company, PDC Machines, we will generate green hydrogen on site and dispense clean fuel to our vehicles from early 2023.

We are also exploring the opportunity to introduce hydrogen-powered trucks to Australia. At the conference we saw immense interest in hydrogen for heavy vehicles and we look forward to bringing them to Australia in future.

At this stage, we are observing the outcomes of our project in New Zealand converting a fleet of five Hyundai Xcient trucks from left to right hand drive. Unfortunately, as we manufacture these vehicles for our home market of Korea, as well as the US and Europe, it does present some additional hurdles in readying them for the Australian market.

We are also working with partners around Australia developing hydrogen refuelling projects and assisting them to lock in fleet customers for our vehicles. We are excited about the opportunities to get even more organisations into hydrogen cars.