Hyundai celebrates female athletes for the raw talent, passion and skill that go into their success.

Laura Enever, a fearless big wave surfer and former Women’s World Junior Champion, describes herself as a “professional surfer human”. From her big wave exploits at Jaws, Shipstern and P-Pass to her competitive game, this Narabeen native does it all with a fun, light-hearted, give it a go personality.

Laura is one of the world’s best female surfers, having been on the World Tour for 7 years. She has also made a name for herself through her fearless approach to big waves and waves of consequence, making her one of the most exciting and influential female surfers of her time.

Laura’s passion for travel, art and design have also seen her venture outside the surf industry. When asked to describe her style in three words, she opts for ‘bold edgy and fun’ – which is also why she loves driving the Hyundai Santa Fe.

After Laura fell off the WSL Women’s Tour at the end of 2018, Laura began to pursue some of Australia’s most dangerous waves.

Enever, who has a reputation as a fearless charger, spent months training her body to better withstand the punishment of big swells at Jaws and Mavericks, as well as training her mind to remain calm and quiet when things go wrong.

In May 2020 “Undone", her surf film documentary chronicles her journey to big-wave stardom which was supported by Hyundai Australia.

Click below to find out more about the new 2021 Santa Fe.

This year we’re taking over the Airshow at the Australian Boardriders Battle on May 15 and 16 at Newcastle Main Beach. Who will land themselves a brand new Kona Electric? 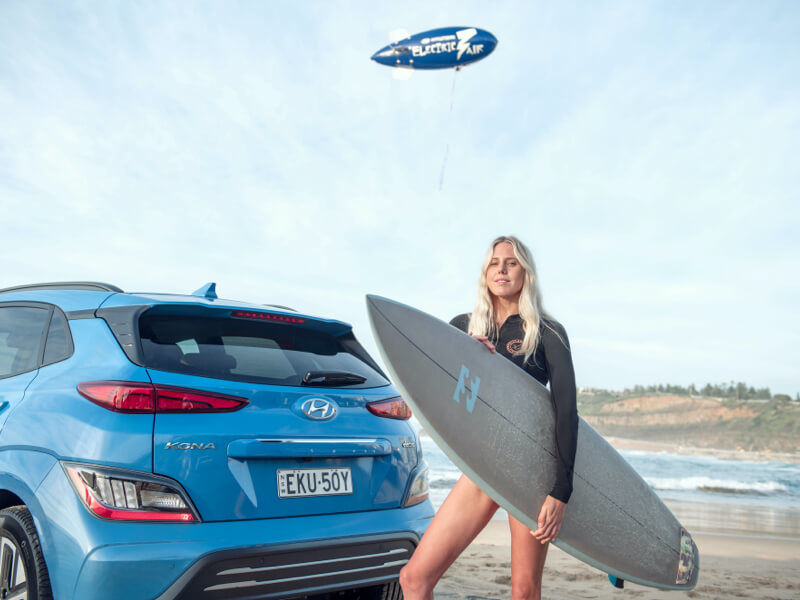 Two World Records in an hour of power

Putting the Tucson through its paces.

Top towing tips to get you ready for the weekend.